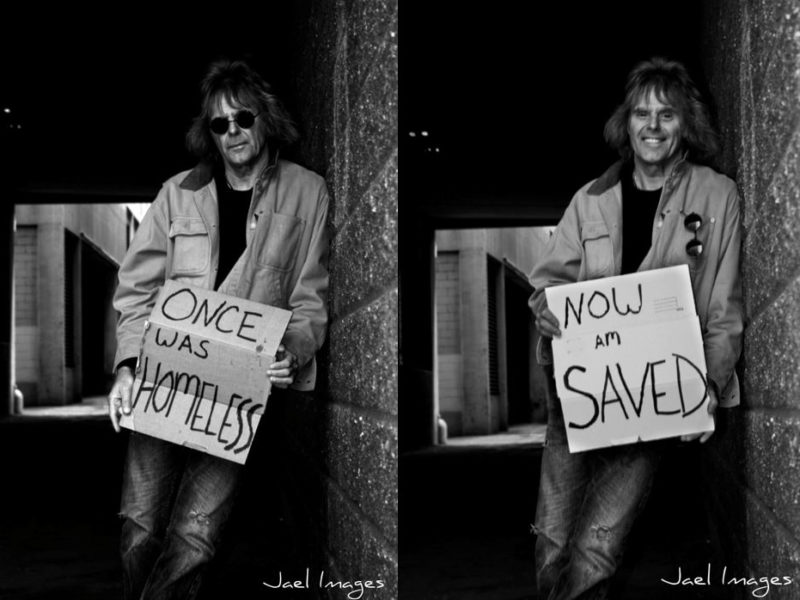 Former Rock Star Has an Encounter with Jesus

Bobby Hayden was a natural when it came to performing on a stage. Born in Indiana in 1954, Hayden began performing at the young age of eight years old and fell in love with it from the very beginning.

Hayden became a rising star in the country music industry and it wasn’t very long before he began performing with legends such as Johnny Cash and Minnie Pearl. He played on famous stages across the country from the Tonight Show in New York to the Grand Ole Opry.

“I became a legend in my own mind. I was addicted to applause,” Hayden told WTHR in Indianapolis. “People-pleasing. Accolades. The world just swallowed me up. I thought this world was created for Bobby.”

Unfortunately, Hayden began to get too wrapped up in his fame. With his life rapidly spinning out of control, Hayden turned to drugs for comfort when he wasn’t busy playing music.

First, it began with cocaine which eventually led to heroin by the 1990’s. At one point the addiction had grown so strong that Hayden was shooting heroin into his veins 5-10 times a day. After being sent to jail a few times for his drug abuse Hayden found himself living homeless on the streets of Los Angeles.

It seemed like Hayden had reached the very “worst of the worst” with no hope of not being addicted and homeless. However, God had a bigger plan in store for Hayden’s life.

“I was laying in a cardboard box one day and a guy came to my cardboard box and he said, ‘Bobby, you’re dying.’ And, I said, ‘Yeah, let’s just get it over with,’ said Hayden in his interview. “And he said, ‘No, you need to pray in the name of Jesus.’ And I said, ‘It’s a little late for Jesus.’”

Hayden had been raised as a Catholic, but had never attended a church or had any kind of relationship with God. Yet- this man kept insisting that Hayden needed to pray to Jesus for the hope he was so craving.

“The next day, I was in a dumpster and I was injecting heroin and my legs were full of poison. I had been out in the elements for about 8 years. I just started crying. I remembered what this man had told me about praying in the name of Jesus. I said, ‘Father God in the name of Jesus, send me some kind of hope. I can’t do this anymore,’” Hayden recalled.

Hope arrived for Hayden the very next day in the form of a man named Mr. Esperanza whose name literally means “hope!” Mr. Esperanza put him on a bus and sent him to Phoenix, Arizona where Hayden eventually made his way back home to Indiana and began attending a local church.

Hayden gives all of the glory for his recovery to God and has made it his mission to bring hope to anyone who is homeless and struggling with drug addiction. He founded Cardboard Box Ministries and travels the country evangelizing and performing for the lost and broken.

“I gave my life to Jesus and my music changed,” said Hayden. “When there’s an earthly brokenness, there’s a heavenly openness. That’s what happened to me in that dumpster. When I finally reached my bottom, and I cried out to the mountain mover, for this mountain to be moved, my prayer was answered. Faith-based recovery works.”

For just $100 per month you can bring the gospel to 10,000 homes. Join us as media missionaries! GIVE NOW
VIEW COMMENTS
« Position Yourself to Receive; You are Designed for Greatness! 8 Reasons Why You Can Be Confident Even When All Hope Seems Lost! »