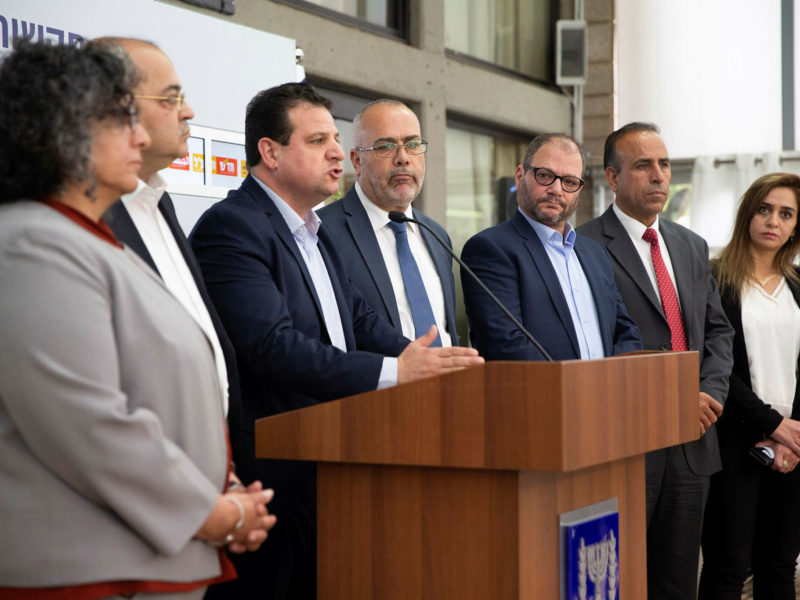 The Qataris, Hamas and the Islamic Movement in Israel tried to prevent the participation of Israeli Arabs in the elections, and in response, Fatah decided to mobilize voters in favor of the Joint Arab List, a senior Fatah member close to Muhammad Dahlan said in a conversation with the TPS.

The senior official, who spoke on condition of anonymity, said that Hamas is interested in continuing Benjamin Netanyahu’s rule, assuming that he will deepen the split between the Gaza Strip and the Palestinian Authority (PA) and thus solidify and prolong Hamas’ regime in the Strip.

He said the Palestinian factions worked to prevent the participation of Israeli Arabs in the elections and that the proclamation distributed by the Popular Front for the Liberation of Palestine (PFLP) to boycott the elections was just one of the actions in this framework, alongside talks and consultations with the Islamic Movement in Israel and the Qataris.

In response to this effort, the official said, Fatah and the Democratic Front for the Liberation of Palestine (PFLP) decided to act and assist the Joint List. In recent days, the Fatah led a campaign that encouraged Israeli Arabs in Israel to go and vote.

Hassan Asfour, a former PA official and currently a journalist who is close to Dahlan, on Wednesday harshly criticized the factions in the Gaza Strip, which he said showed a lack of understanding and almost prevented the historic achievement of the Joint List in their call to boycott the elections. Asfour praised the Democratic Front that called to vote for the Joint List.

According to him, there is a great deal of satisfaction this morning among senior PA officials, and especially those who claim to succeed PA head Mahmoud Abbas.

“A silent process of separation from Abu Mazen will begin, alongside efforts to renew the political process based on the Arab Initiative as an alternative to the American Deal of the Century. These are opportunities for a breakthrough,” the senior source said.

He estimated that the Joint Arab List, which has become a significant political force, will support any initiative to renew the diplomatic process, but unlike the past, will concentrate on the domestic problems of Israeli Arabs and avoid direct involvement in this matter.

For just $100 per month you can bring the gospel to 10,000 homes. Join us as media missionaries! GIVE NOW
VIEW COMMENTS
« Official Election Results Leave Parties in Deadlock With No Clear Victor Hamas Test-Fires Rocket »