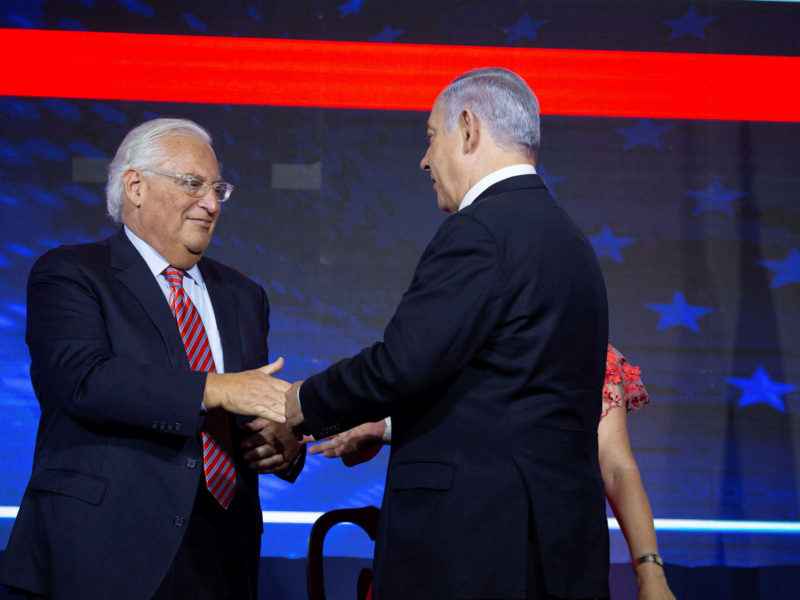 “In comparison with David Friedman, the US’ Ambassador in Israel, [Prime Minister Benjamin] Netanyahu is far left-wing. The US administration is pulling Israel to the right and we will not be able to renew the negotiations,” Saeb Erekat, chief Palestinian Authority (PA) negotiator with Israel, told TPS in an interview.

The US recently sponsored the Peace to Prosperity economic workshop held in Manama, Bahrain, a step towards the unveiling of the Trump administration’s comprehensive peace plan for the Middle East, while the PA is facing a looming economic failure.

Erekat sharply criticized the Trump administration and charged that “the political situation in Israel has completely changed and today David Friedman dictates the most right-wing stances in Israel. Compared with him, Netanyahu is left-wing.”

The ties between Ramallah and Washington have been frozen since President Donald Trump recognized Jerusalem, and Erekat clarified that “the PA will not be able to maintain contact with the US administration as long as Friedman retains his position,” and the same goes for Jason Greenblatt, the US’ Special Representative for International Negotiations, and Jared Kushner, Trump’s close aide. All three are Jews.

“How can we talk with anyone who thinks God gave Jerusalem to the Jews?” he asked cynically.

Erekat further assailed Trumps’ Deal of the Century, his yet-unveiled plan for peace in the Middle East, and said that the US misunderstands the conflict as a dispute over real-estate, or an issue relating to religious feelings or interpretation of archeological findings.

“As long as Friedman and Greenblatt retain extreme views, how can Netanyahu talk with us about a diplomatic solution to the refugee issue?” he questioned rhetorically.

As far as the PA’s diplomatic strategy, Erekat says that he has advised PA head Mahmoud Abbas to continue and “pursue a two-state solution while surviving the current US administration and talking with any Israeli element,” even though he conceded that he is not sure if the PA will be able to survive the coming months and the prolonged elections period in Israel. The lack of a government in Israel does not make a diplomatic breakthrough possible, he believes.

While a diplomatic solution does not seem viable at this time, the security coordination with Israel continues, as the PA “is part of a group of countries that have signed a treaty to fight terrorism, and therefore the coordination continues,” he clarified.

Like other officials in the PA, Erekat differentiates between seemingly hostile US diplomatic elements and US security elements, whom he says show understandings and support. He also confirmed that various elements have come to the conclusion that the PA is on the verge of collapsing and are therefore seeking ways to help it.

TPS has reported that US security officials met last week with PA security officials for two days in Rawabi, near Ramallah, at the end of which PA Prime Minister Mohammed Ishtayyeh was invited to meet the group. Responding to TPS’ question, Erekat confirmed that the meeting took place.

“The American cut in its support to hospitals, UNRWA, and the PA, in general, has created a vacuum,” the senior official noted, warning that the void will be filled by extreme elements “and it will explode in Freidman’s face.”

For just $100 per month you can bring the gospel to 10,000 homes. Join us as media missionaries! GIVE NOW
VIEW COMMENTS
« 5 Soldiers wounded in Attack, Terrorist Captured PA Flags Throughout Judea and Samaria: Org Warns of Mounting Threat of PA State »