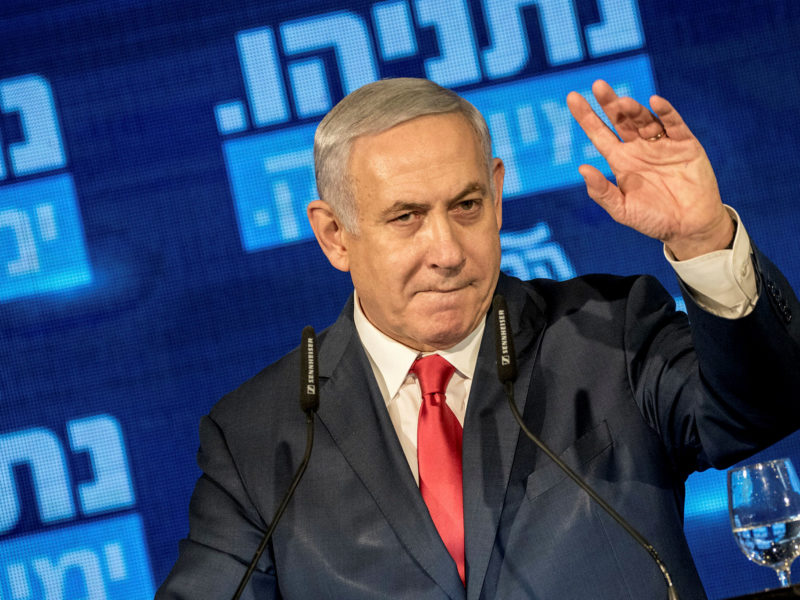 The exit polls of the 2019 elections for the 21st Knesset show that Prime Minister Benjamin Netanyahu is the leading candidate to form the next government.

The New Right – 4, teetering on the verge of not passing the electoral threshold

The exit polls show that while Blue and White is the biggest party with one more seat in the Knesset, the Likud has bigger chances of establishing a coalition of 64 members, with a minority of 56 on the left.

It should be noted that the exit polls last elections in 2015 failed to predict the actual outcome of the elections.

Similarly, the exit polls do not take into consideration the soldiers’ votes, which are usually more to the right and can a boost to the right-wing parties.

For just $10 per month you can bring the gospel to 1,000 homes. Join us as media missionaries! GIVE NOW
VIEW COMMENTS
« A Daily Devotion – Like A Moth To The Flame One of Brazil’s Last Holocaust Survivors Passes Away »