BREAKING
1,500-year-old Convent “Re-discovered” by IDF Soldiers
Hate Crimes Targeting Canadian Jews Skyrocket at “Alarming” Rate—Close to 50% in...
In Historic First, Israel-bound Flight Allowed to Cross Saudi Airspace
Home Family Experiencing Trauma As A Parent & How To Work Through It

Experiencing Trauma As A Parent & How To Work Through It 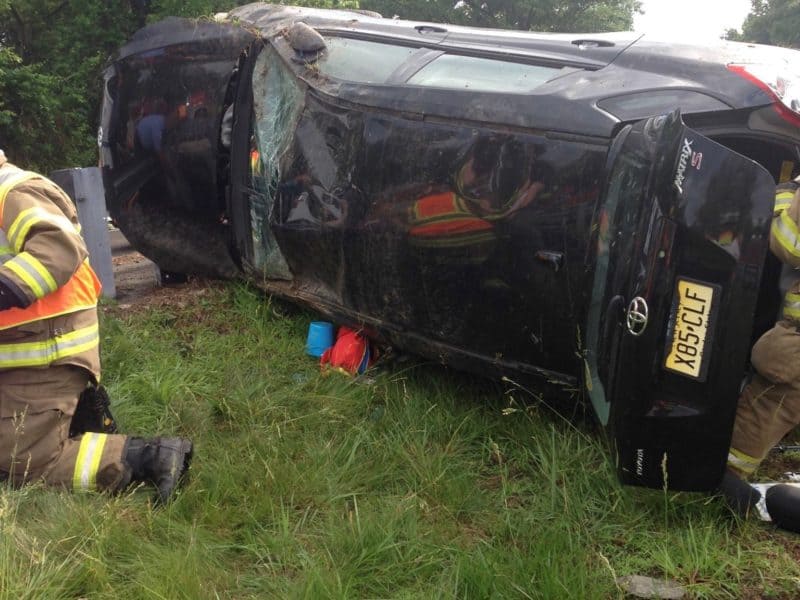 A side effect of living in a fallen world is that we all experience some level of trauma in our lifetime. I hope it’s not often, but when it does happen it is so important to get the emotional and spiritual help you need. And it is also important to heal with a new perspective on how it is refining your character.

Five years ago, I was in a near-fatal car accident.  At the time, I only had two boys, a freshly two-year-old and a five-month-old little bub.  It was the scariest, most traumatic thing that has ever happened to me. My little car, with my most precious cargo, blew a tire and flipped off the highway going 70 mph. So many things could have played out differently and I’d be living in the aftermath of a tragedy.  But they didn’t. God reached down and brought all three of us to safety.  And there wasn’t even another injured person on the road. 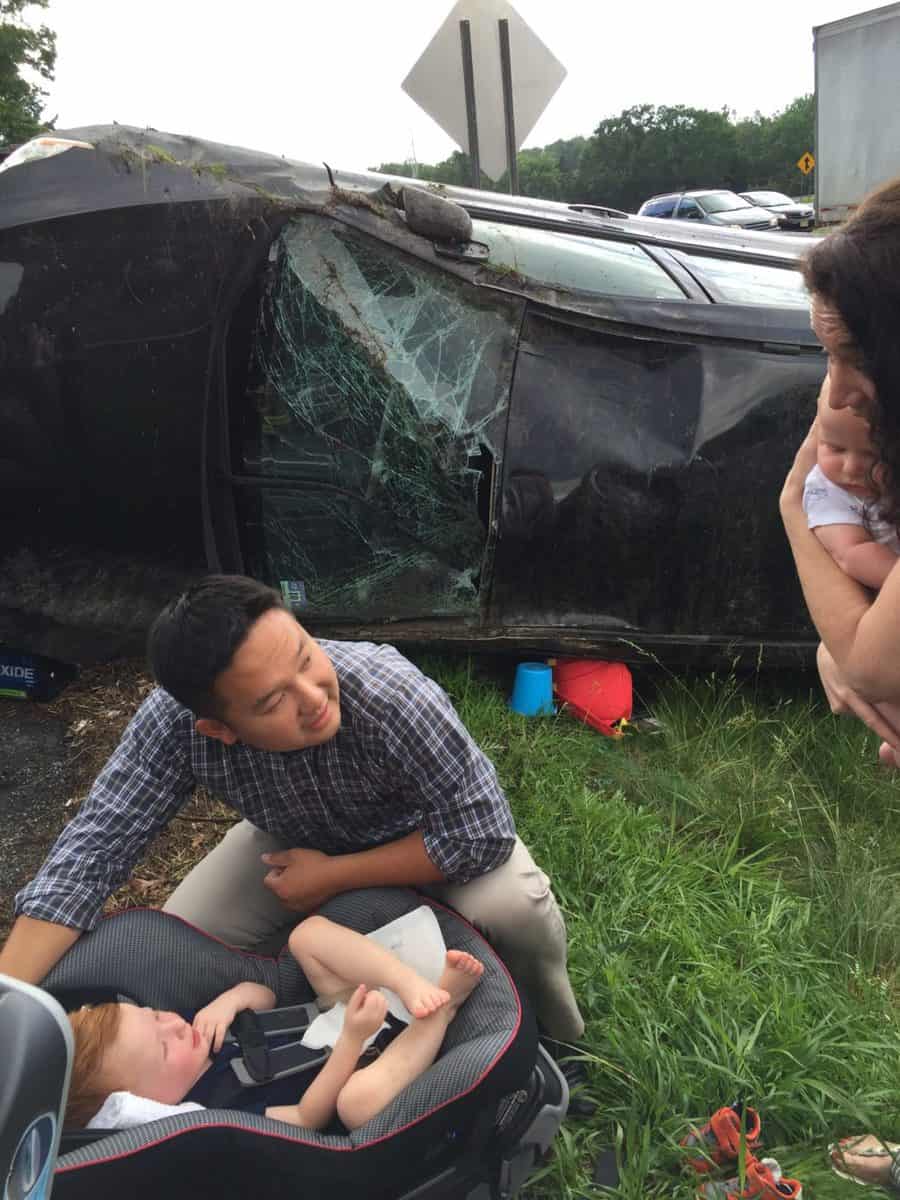 In the days right after the accident, I walked around in a grateful fog. I was so thankful that the Lord saved all three of us.  Not one of us, not two of us, but all three of us. Any other scenario would have been completely tragic and life-changing in a mostly negative way. But, instead, we received a miracle, one that would continuously change my life every year and mold my kids as well.

Right after the accident, when I was still in shock, I vividly remember God revealing Himself to me.  The first time I was alone since it happened, was in the bathroom of the Emergency Department.  I cried out to Jesus and asked Him where He was during all of this. And I had a vision of Him with me, in the bathroom.  His arms were draped over me as I sat there. He was weeping with me and feeling the pain I was feeling.  And I knew and felt that this was not something He did to me.  And it wasn’t something He wanted to happen to His precious daughter that He loved so much.  But for Him to allow it to happen meant there was a bigger lesson to be learned through it.

As time went on, and I started to heal from the experience, I realized it wasn’t a quick fix. Since I was a Social Worker in a former life and studied the brain, I learned that trauma can be stored in different areas of your body.  It was can show itself in different ways and be triggered at certain times.  Trauma also creates new pathways to the brain, changing your brain chemistry.

Through my traumatic experience, God showed me that I needed to learn to release control back to Him.  Before the accident, I was drowning in children.  I spent months caring for two kids under the age of two.  Though I was grateful for my children and for being a mom, I was completely overwhelmed.  And I was having a difficult time finding joy in the transition to my new role as a mom of two. But the accident woke me up.

In the aftermath, I realized that the illusion of control was an area of my heart God was refining.  I tried to control everything as a mom of two littles because I felt so out of control in my current life.  But God wanted me to give control back to Him. He showed me in that flipping car that I truly was out of control at that moment. But He had me all along. And even though I fought to control most areas of my life, I was failing. I was failing because I needed to give the reins back to Him. 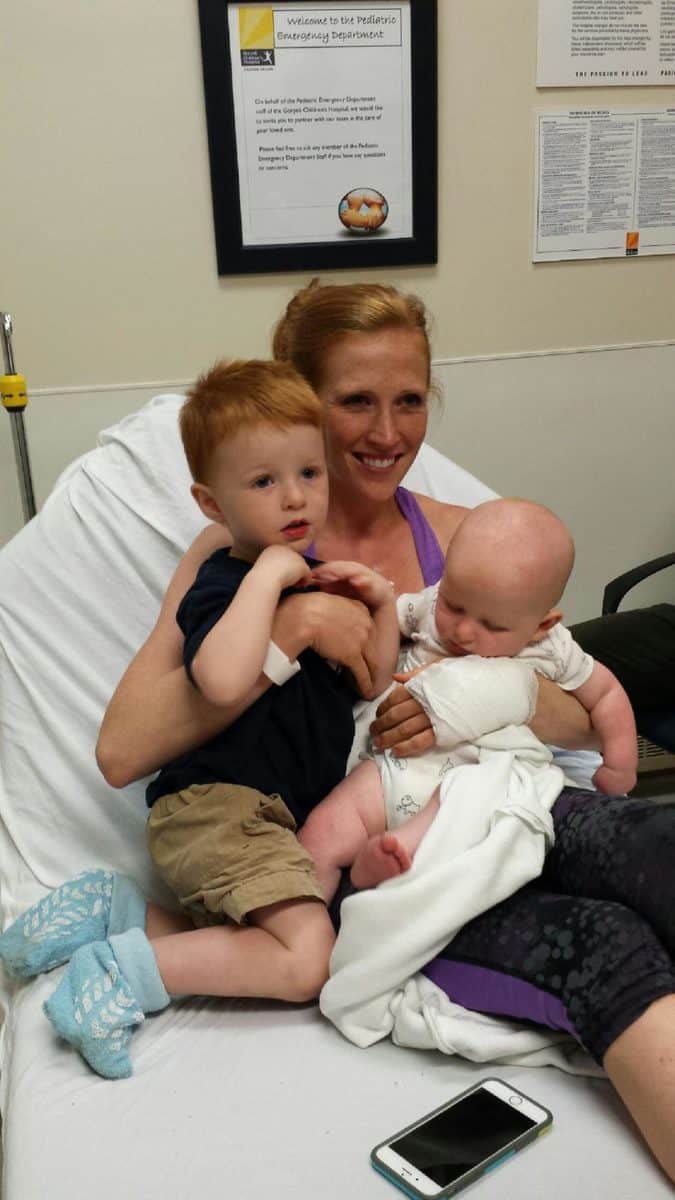 The most important thing I did during my healing process was to talk about it. By reliving my experience with friends, family, and a therapist it allowed me to turn my fear and sorrow into thankfulness.  I got to a point that I was thankful it happened because the refining process allowed me to grow closer to God.  My car accident allowed me to see how valuable my life was and how miraculous it was that my children and I are still here today.  He has big plans for my kids!

Each year, my husband, kids, and I celebrate the anniversary of the accident.  We call it the “Flavin Family Celebration Of Life Day”.  On that day we talk about our miracle, how God saved us, and we celebrate the fact that we are in each others’ lives still. He turned our tears into dancing and dancing is exactly what we do.

Fostering Empathy And Kindness In Children

Put Down Your Pet Peeves And Pick Up...

Jesus Made MORE Than They Needed

Late-Night Mother’s Day Wish: What We Impart To...