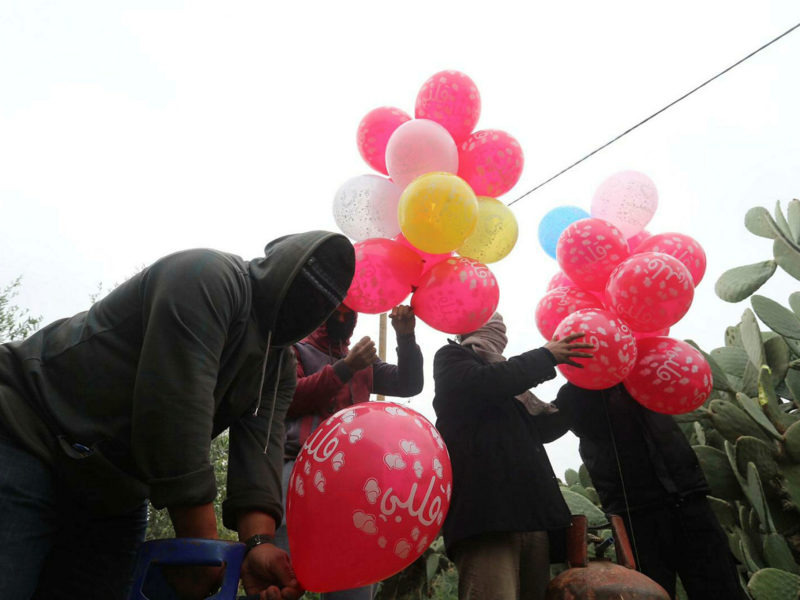 A cluster of balloons tied to an explosive device that was launched by terrorists from the Gaza Strip landed on Monday in the town of Mesilat Zion, just a short drive away from Jerusalem.

A police sapper who was alerted to scene safety dismantled the explosive charge, with no injuries or damage.

Police again reminded the public that extreme caution should be exercised when encountering such suspicious objects, kites and balloons, which may be connected to explosives or flammable materials and may “endanger public peace if it is not dealt with responsibility.”

The explosive and flammable balloon attacks have returned to haunt Israel’s residents in the south in the past week after several months in which such attacks from Gaza ceased.

The explosive devices are upgraded and are equipped with elements to increase casualties among the civilian population.

The IDF estimates that the Islamic Jihad terrorist organization is responsible for the renewed rocket fire and the explosive balloons attacks.

The terrorists have vowed to continue with these airborne attacks.

The IDF responded to Thursday’s attacks with a strike against Hamas targets in Gaza but has since not responded to the attacks in the following days.

For just $100 per month you can bring the gospel to 10,000 homes. Join us as media missionaries! GIVE NOW
VIEW COMMENTS
« Watch The Adorable Viral Video Of 3-Year-Old Pre-Schooler Blessing His Food At Class Threatening Presence? Hamas Puts Checkpoint Near New International Hospital »