I Wanted Jesus to Heal Me, But I Wasn't Willing to Face My Pain...Here's What I Learned | GOD TV
Faith 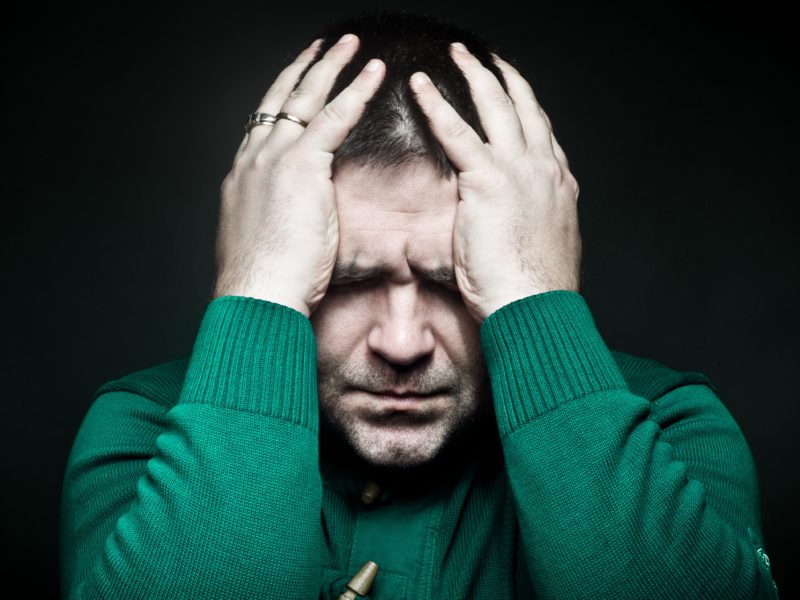 I Wanted Jesus to Heal Me, But I Wasn’t Willing to Face My Pain

I was hit, not quite out of nowhere, in the stomach by a series of rather unfortunate events. My life had been on a good upswing. I was hitting many goals, and it seemed that I was about to mount the hill I was climbing to gaze upon all the world before me. I was filled with excitement, but it left as suddenly as my breath when these events struck me. Doubled over in pain, I rolled backwards down the hill.

It took me weeks to stop rolling, and when I did, I did not know where to go. I had lost all sense of direction. A big decision was approaching, but I didn’t know how to handle it anymore. In retrospect, the best choice I could have made was what I had decided on prior to this painful series of occurrences, but in the moment, because of what happened, I questioned my prior judgment and made a lesser choice.

It should have been an easy fix. By this time I had learned that Jesus is Direction.  A loving awareness of him was all I needed to be counseled and guided by the Way.

There was, however, a problem: He really wanted to heal me, and I really did not want to deal with my pain!

This made resting in his presence difficult because He required me to do something I did not want to do: face that pain and hand it over.

The Lord Comes to Heal You

I wanted to go on living like nothing had ever happened.

I figured that the things that I used to do to connect with God might help me get around this. At this point, I was living in denial that part of my being was injured. I wanted to go on living like nothing had ever happened, neither accepting the pain nor responsibility for my contribution to it, but the Lord wouldn’t have any part in that. He patiently waited for me to come to myself, take his hand, and walk together with him into wholeness on the other side of the pain.

Can’t Get Away From Goodness

A moment of simple faith is all that is necessary to become aware of his presence, but the terror that I felt as I did produced a resistance in me. I smelled the fragrance of death that His Life was bringing to the parts of me that were perishing (my wounds), but to my spirit He was a fragrance of life for as His life swallowed up my pain, I would live!

I found that when pain becomes our focus then the anticipation of the cleansing is often more painful than the cleansing itself; but, when the focus switches to the wholeness had on the other side of that cleansing and the goodwill of the one cleaning and binding the wound, the momentary suffering is more easily borne.He surrounded me with love, backing me into a corner with his goodness. His resistance to my escapism forced me to come to myself, govern my emotions and evaluate the pathways before me. I made a decision based on the options I saw.

My heart burned, frustrated with my body and mind running away from Jesus. That desire to be with Him quickly reached a tipping point as his presence increased. Facing my pain, though severe, had become an altogether acceptable option and a very small price to pay.

I yielded to Him, becoming immersed in His presence. He brought the pain before me, and I faced it with Him. This was done wordlessly, as I offered up all of the feelings themselves to the Lord in a spiritual motion, my heart’s pain, my culpability, and my longing for Him, trading them to know him more. The Lord dearly loves a contrite heart. In response, He spoke through visions.

A road and a coffee cup floated before my eyes. As they did, I knew: journeys are made by steps forward, and relationships develop as their conversations grow from the prior day.

“Forget what is behind, and press toward what lies ahead,” He continued, quoting from Philippians 4. I saw clearly that I had been doing the opposite, reaching for what behind to find an anchor. But to heal and flourish again, I needed to let go of where I am for what is ahead. It is in steps forward taken together that we get to know Him and grow, and this is the upward call of our faith – knowing Him.

That moment was like running out of thick fog into sunlight where I could see again: the plains ahead of the hill I was on, and the tall, jagged mountains far beyond them.

I thanked the Lord, and asked Him, “What’s today’s step?” His answer was immediate, and He gave me a resource that quickly made up for any perceived lack of progress. What are a few weeks or months or years or even decades of “stalled progress” when with Him a day is like a thousand years, and a thousand years is like a day? What is time to Him? He can make it up in an instant.

He elaborated further, and I wrote a song with Him based on what He told me called O, Faintly Burning Wick. It has been a blessing to everyone I have shared it with, a simple tune from the heart of Jesus that He will meet you in.

My friend, let’s walk forward together with our Lord, and talk with Him along the way.

Father, what is today’s step?

For just $100 per month you can bring the gospel to 10,000 homes. Join us as media missionaries! GIVE NOW
VIEW COMMENTS
« WATCH: Joyce Meyer – “We’ve Got Enough Information; We Need Revelation!” The 10 Absolutes of a Dream in the Making »