Never Ever Give Up: Here's Why Failure Is Crucial to Success | GOD TV
Faith 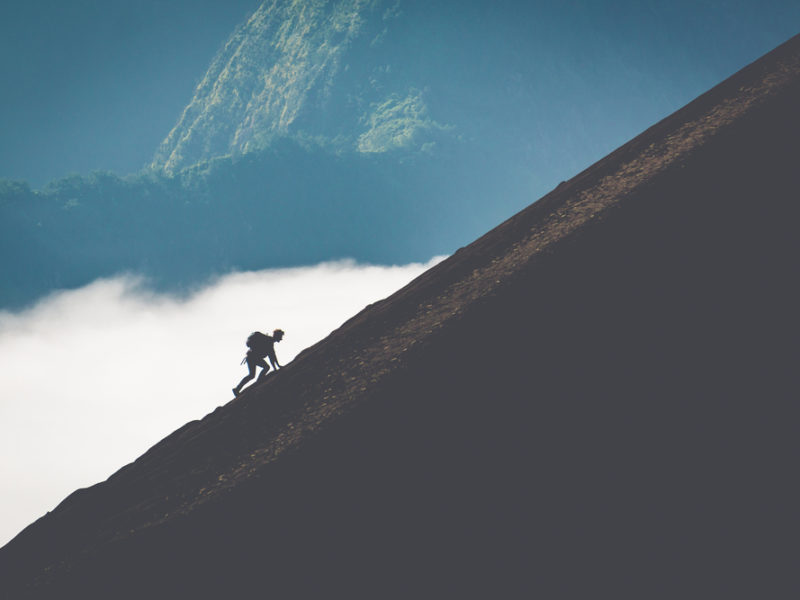 Here’s Why Failure Is Crucial to Success

Failure is a funny thing, but what’s funnier is discovering one’s skewed definition of failure. Failure is the opposite and the same thing as success. Failure is a part of life. Moment by moment failure encapsulates life. Anyone at any given point can be a winner or loser, success or failure. Choice and decision are all that stands in the way.

Here are some things to consider regarding “failure”:

• If Adam and Eve didn’t conceive the first time they became one and stopped trying because they felt like failures, the human race never would have happened. None of us ever would exist.

• If a baby never attempted to walk after falling the first time, it tried to walk everyone would still be crawling everywhere. Could you imagine a bunch of adults crawling all to get somewhere? What kind of Olympics would we have then? Weird to think about, I know.

• Babe Ruth was one of the greatest baseball players ever and a living legend in his day and a legend to this day. He said, “Every strike brings closer to the next home run.” In baseball, anyone who has a long enough career getting a hit 3 out of 10 at-bats has a great shot at being inducted into the baseball hall of fame. Think of it; a 30% success rate puts one in with the greatest players ever to play the game.

• Walt Disney went bankrupt several times. People surrounded him with negativity and attempted to stifle his dream. Eventually, he built Disneyland. Long after he’s been dead and gone, his corporation continues forward.

What’s your definition of failure? Of success?

The only failure that comes from going after your dream is quitting.

Failure is the pavement success is built upon. The only failure that comes from going after your dream is quitting. Stopping and going home is where failure is born and dies. Never quit. Never give up. Keep going.

“Only those who dare to fail greatly can achieve greatly.” Robert F. Kennedy

God created us to dream.

God created us to persevere, to overcome and receive the desires of our heart. It might cost everything to see the dream come true, wouldn’t it be worth it?

“Delight yourself also in the LORD, And He shall give you the desires of your heart.” (Psalm 37:4)

“And not only that but we also glory in tribulations, knowing that tribulation produces perseverance; and perseverance, character; and character, hope. Now hope does not disappoint, because the love of God has been poured out in our hearts by the Holy Spirit who was given to us.” (Romans 5:3-5)

For just $10 per month you can bring the gospel to 1,000 homes. Join us as media missionaries! GIVE NOW
VIEW COMMENTS
« Is Your Heart Overwhelmed? Here’s What God Wants You To Do I Had an Abortion, Became Anorexic; Battled Addiction, But Jesus Chose to Leave Me Better than He Found Me »