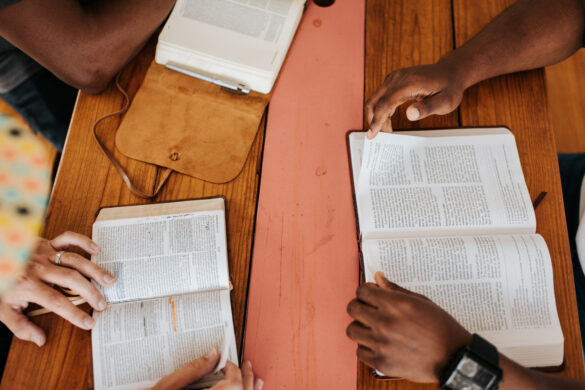 You know, when we talk about Jesus and the healing gospel, you know, I hear people say, “Well, healing is not the whole gospel.” And, that’s true. But neither is the gospel whole without it. What He did on a daily basis was so extraordinary that it recalibrated a value system for believers of His day. There were people of His day that didn’t think God did that stuff anymore, and yet they had to adjust to the fact that Jesus Himself was displaying the nature and the heart of the Father.

Jesus revealed the Father. How does that play out in our lives? When we look at Jesus, I hear people say, “He didn’t heal everyone alive,” and that’s true. We see the man at the Gate Beautiful in Acts chapter three. He was there during the time of Christ. We don’t know anything about any interaction, anything of that nature. We’d have to make that up, because it’s not in the book. But we know he was alive then, and we know he was afflicted then. Here’s what we do know. Jesus healed everyone who came to Him. Every person, even the Syrophoenician woman. Jesus was sent first to minister to the Jew. He first was to minister to the Jew. In their rejection, the gospel would be opened up for all the nations, for which I’m so thankful. But Jesus came to minister to the Jew. And yet, here’s a woman that was so hungry, so desperate, that she overcame the opportunity for offense. Jesus looked at her and said this: “We don’t give the children’s bread to dogs.”  Churches have split over less offense than that. And yet she overcame offense. She jumped the hurdle of offense, if you will, and stepped into the realm of the Kingdom and got a miracle for her daughter. So the point is, Jesus healed everyone who came to Him, even those whom people would say were not qualified. Jesus healed them.

The second thing, Jesus healed everyone the Father sent Him to. We know that He only did what he saw the Father do. That’s a pretty amazing statement. And so the Father would direct Him. He would step into a situation, bring a great miracle, great healing. We know that there were times where the Father would show Him exactly how to bring about the miracle. The spitting in the mud and putting it on the eyes, the telling to go wash in the pool of Siloam, to the centurion, “Go your way your servant lives.” Everything that He did, He did in response to the Father, revealing something about the heart of the Father for people and the nature of the miraculous. Someone could actually be healed through a decree: “Go your way, your servant lives.”

It really is fitting because Psalm 107:20 says,  “And He sent His word and healed them.”  He sent His word and healed them. So here’s this phenomenon that Jesus would simply make a decree and something would happen. Why didn’t He do all of them that way? Because every miracle uniquely revealed the nature of God, the heart of God, and the nature of faith. The centurion with the servant that was sick, said to Jesus, “You don’t need to come to my home.” He had an understanding of how the reality of the Kingdom worked. He wasn’t even qualified in an Old Testament sense, and yet Jesus responded to him, made a decree, because he saw, he understood how the Kingdom worked.