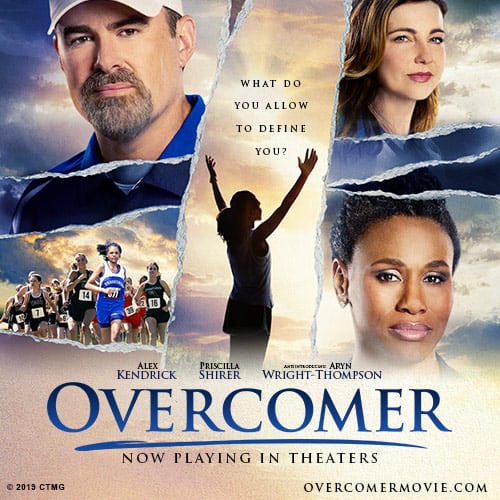 The Kendrick Brothers are currently celebrating the launch of their 6th film installment, Overcomer.

Where to find your identity.

“The movie OVERCOMER is about identity, an issue that everyone deals with. Everyone needs to answer the questions: “Who is God?’, and ‘Who am I?’, and the Scriptures deal with both of these things. When a person discovers who they are in Christ, it opens up an understanding of how they can live that out in a daily basis in what they do in their relationships with others,” said Stephen Kendrick

The power of identity

The Kendrick brothers have been making films for over two decades and have impacted millions through their faith-based films.

The Kendrick Brothers Productions include 3 Brothers, Alex, Stephen and Shannon Kendrick, all of which have a role in the production of these major motion pictures.

The film follows the journey of head basketball coach, John Harrison, and student Hannah Scott as they venture through an emotional journey of identity, spirituality and starting a cross country program with only one student.

Hannah, played by Aryn Wright-Thompson is a young high school student struggling to find her place in this world and decides she wants to run cross country… with asthma.

“Hannah is very callous in her heart, she’s had enough struggle in her life, she’s had enough disappointment and abandonment and frustration, and anything that bristles against that sort of sends her into a flurry,” said Priscilla Shirer

The film packs a lot of emotional scenes, comedy, love and compassion and is guaranteed to melt your heart.

Previous films brought to you by the Kendrick brothers duo include Flywheel, Facing the Giants, Fireproof, Courageous and War Room.

Overcomer is now showing in over 1,700 theaters nationwide and group sales are available at Overcomermovie.com

For more information please visit Overcomermovie.com or find them on social media at @OvercomerMovie.

For just $100 per month you can bring the gospel to 10,000 homes. Join us as media missionaries! GIVE NOW
VIEW COMMENTS
« Christian Colleges In California For Your Spiritual Walk 2 People Saved From Plane Crash Caught on Camera »