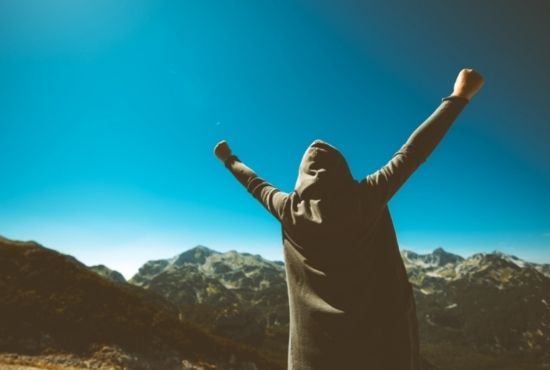 Disbelief, mistrust, and skepticism are worlds apart from belief, assurance, and confidence. Yet we all must wrestle with these conflicting forces on the battlefield of our souls. Can doubt and faith really coexist, or do they take turns being in charge? Every disciple with any spiritual muscle knows the process is not always easy and smooth. Growing in faith requires that we travel through contested territory. So we don’t look at the troubles we can see now; rather, we fix our gaze on things that cannot be seen. For the things we see now will soon be gone, but the things we cannot see will last forever. 2 Cor. 4:18 A contest unwinnable in the natural but spiritual vision operates on an other-worldly grid.

The early disciples were wrestling with the promises clearly spoken by Jesus prior to His death. Remember the Emmaus Road encounter? Cleopas and another disciple were joined by Jesus on their walk but did not recognize him. Jesus saw that they were having intense discussion and that they were sad. We had hoped he was the Messiah who had come to rescue Israel. Lk. 24:21 Life is full of delays and how we process them is the key.  Hope deferred makes the heart sick, but a dream fulfilled is a tree of life. Prov. 13:12 Is this my cue to gaze on what I cannot see?

The Emmaus Road duo find the eleven disciples to report of their encounter with Jesus, who respond by reporting a confirmed appearance of Christ to Peter. Personally, I understand a confirmed appearance to mainly be a time when I knew beyond a shadow of a doubt that God was revealing a particular truth to my heart. And just as they were telling about it, Jesus himself was suddenly standing there among them. “Peace be with you,” he said. But the whole group was startled and frightened, thinking they were seeing a ghost! Lk. 24: 36-37

Still they stood there in disbelief, filled with joy and wonder. Lk. 24: 41 Startled and frightened sounds like a normal response to me, considering that a person just showed up in the room without any entrance. And the disbelief was one of “This is too good to be true.” I love the joy and wonder, but truth be told, our doubts are not always accompanied by pleasant emotions.

When Things Are Not Making Sense

The women who encountered the angels at the empty tomb told the other disciples of their experience. But they did not believe the women, because their words seemed to them like nonsense. Peter, however, got up and ran to the tomb. Lk. 24:11-12 No matter how things may seem to be, we always need to get up, as best we can, and move towards God. Go to the last known location, like Peter did. The place where you know beyond a shadow of a doubt, that Jesus was present. The place where you encountered His manifest Presence. For me, it’s my journal, containing years of “documented proof” that my faith in God is real, coupled with loyal friends willing to step into my mess, again!

Deferment to fulfillment is a cycle that requires we stay mobile, shaking off the atrophy of doubt.

When you’ve been boxed into a corner by doubt, this may not be the scripture you want to hear, but it clearly offers a wake up call. The one who doubts is like the surf of the sea, driven and tossed by the wind. For that person ought not to expect that he will receive anything from the Lord, being a double-minded man, unstable in all his ways. Jas. 1: 6-8 If used unwisely, these verses can feel like a hammer of condemnation. After all, most of us are very aware that we’re faltering in our lack of consistent focus. I think of this passage as a merciful warning sign.

I’ve never actually been to an AA meeting but I’ve talked to a lot of people that have. I’ve also led many small groups and have sought to foster the component of solidarity. Everyone confesses their need and no one is judged or deemed an outcast. I’ve discovered that when I’m at variance with myself, isolation is not the healthiest option. No one wants to confess a weakness  nor remain entrenched in an identity of “less than” what God has called them to be. I agree. It’s important to think and speak what God says about you. But then there’s the entrapment of denial – the refusal to be authentic and acknowledge what’s real.

I wonder what it was like to live in Jesus’ family, those first thirty years of His life. If I was a sibling of such a brother and the child of such a godly woman as Mary, I think I would have been drawn into a spiritual experience. I love these two bookends, which summarize the process we all go through over the seasons of life.

First: For not even His brothers believed in Him. Jn. 7:5 Second: All these were continually devoting themselves with one mind to prayer, along with the women, and Mary the mother of Jesus, and with His brothers. Acts 1:14 The heart of His siblings transitioned over time. We are all called to this journey and we need to be honestly and prayerfully connected to the body of Christ in order to be victorious.

“The apostles felt that they had one great object; and their deep grief at the loss of their master, and their doubts and perplexities, led them, as all afflictions ought to lead us, to the throne of grace.” (Barnes Commentary) Doubts and questions must never rule us, but only drive us into deeper partnership with loyal Christ followers. It is here that collectively, we can be of “one mind.”

Then the eleven disciples left for Galilee, going to the mountain where Jesus had told them to go. When they saw him, they worshiped him, but some of them doubted! Mt. 28: 16 – 17 Some worshiped. Some doubted. ALL were commissioned.

I love the fact that he includes us in the process of making disciples while we ourselves are still in the making.

NOTE: Overcoming wrong thinking by applying the Helmet of Salvation, a critical piece of the armor of God. Watch 11 min. video HERE