BREAKING
Lay Aside The Old Self
Ben And Jerry’s Staying In Israel, But Founders Aren’t Doing The “Chunky...
Israel Has a New Prime Minister
Home Articles FaithVotes For Issues, Not For People

FaithVotes For Issues, Not For People 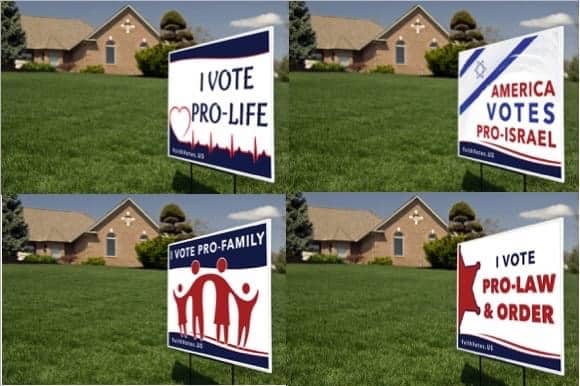 With all of the debate about who to vote for, the enemy of our souls has kept us divided and arguing about which imperfect candidate is less imperfect. We know that during the last election cycle, most believers voted against someone more than they voted for someone. We believe this division has weakened our testimony as the people of G-D and allowed those who would mock G-D and His people to obtain victories. Victories that they never could have achieved if those who proclaim belief in the Bible had voted their faith.
How do we know the Biblical way to vote? Let’s look at the Bible. In the beginning of the Bible, we find a man named Adam. Adam was elected by G-D to govern the Garden of Eden. Adam was a sinless man who was elected to office by a perfect electorate, G-D Himself. You would think the result of this election would be ideal. Yet, we all know the story ended in failure. In Genesis 2:15, we read: “Then Adonai Elohim took the man and gave him rest in the Garden of Eden in order to cultivate and watch over it.” The phrase translated “watch over it” literally means to guard or protect it.
Adam was the first example of a governmental leader. He was inaugurated by G-D as the governor of the Garden. However Adam failed to govern correctly by guarding and protecting his only constituent, Eve’s life. Instead, he actually chose to join her in bringing sin and death into the world. Think about this: G-D is perfect. So, if even the sinless man G-D voted for can fall into sin, maybe we shouldn’t be voting for a man/woman.
So, you may be asking: “If we shouldn’t be voting for a man or woman, what should we vote for?” I am glad you asked. We, as Bible believers, should be voting for issues, not for people. These issues are exactly what we are told to stand for: cultivate, guard, and protect life.
I hope you will join me and the many others who have decided to stop voting for people and start voting for Biblically proclaimed issues. Visit www.FaithVotes.us to learn how you can let your vote be seen.
Shalom,
Rabbi Eric Tokajer
__
Read more articles like this on the GOD TV blog.