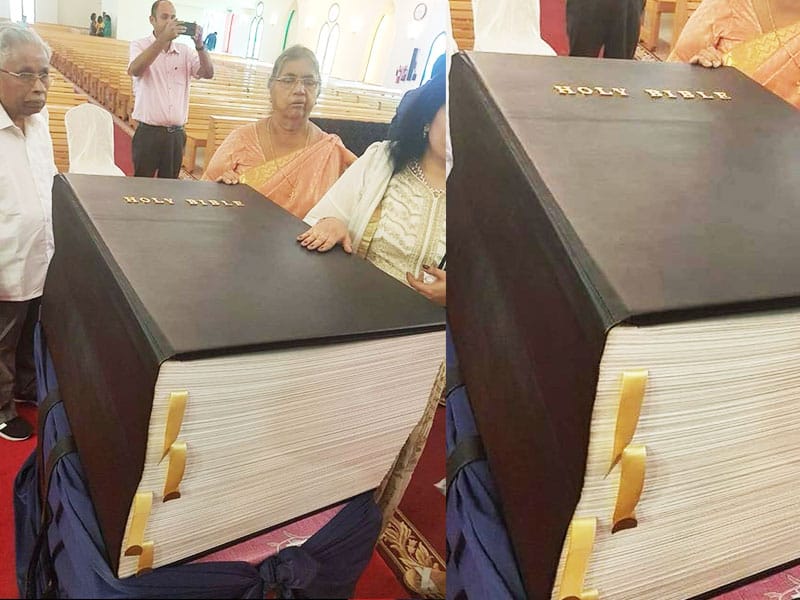 A Christian family living in Dubai produces a massive handwritten Bible in an attempt to break a Guinness World Record for World’s Largest Bible.

Manoj and Susan Varghese, and their kids Karun and Krupa are the family behind the amazing feat. According to the report in Gulf News, the colossal text weighs a staggering 332 lbs. Impressively, each of the 800,000 words contained within the vast A1 size pages are meticulously handwritten.

The family started the project on May 11, 2019. It was said that the family did it as a labor of love. They said that God guided them in the entire process. And it took five months for them to complete the task. 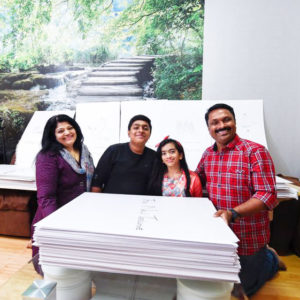 Susan’s motivation isn’t really getting the World’s Largest Bible record but to leave something remarkable for her children.

“All I wanted to do was leave something beautiful for my children. I wanted them to treasure something personal that I gave them,” Susan told Gulf News.

Working as a nurse, reading the Bible in Malayalam gave her the strength to get through each day. She wanted to show her children how special each word of the Bible was.

“I decided to write the Bible in English on regular sized paper so I could gift it to my children. I felt that not only would my children draw inspiration from the Bible, but they would also remember a mother who gave them a personal gift,” she said. 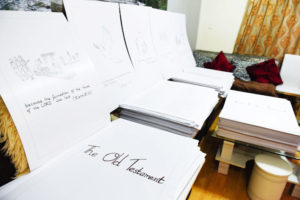 Susan shared a bit of the process, “I would spend 12 to 15 hours every day meticulously writing out the Bible. My eyes would twitch and my hands would hurt, but in the process I found the Bible speaking to me, inspiring and guiding me.”

And although it was physically tiring for Susan, it rejuvenated her spiritually.

“My faith in God came alive in the process and I will describe it as a pilgrimage like no other,” she said. 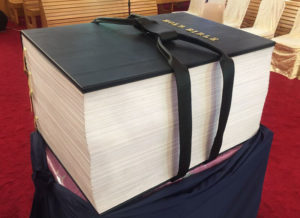 The Christian family then submitted their great piece to the Guinness World Records. And authorities have taken official measurements to the huge Bible. Currently, they are still deliberating whether the family’s Bible has surpassed the previous record for World’s Largest Bible.