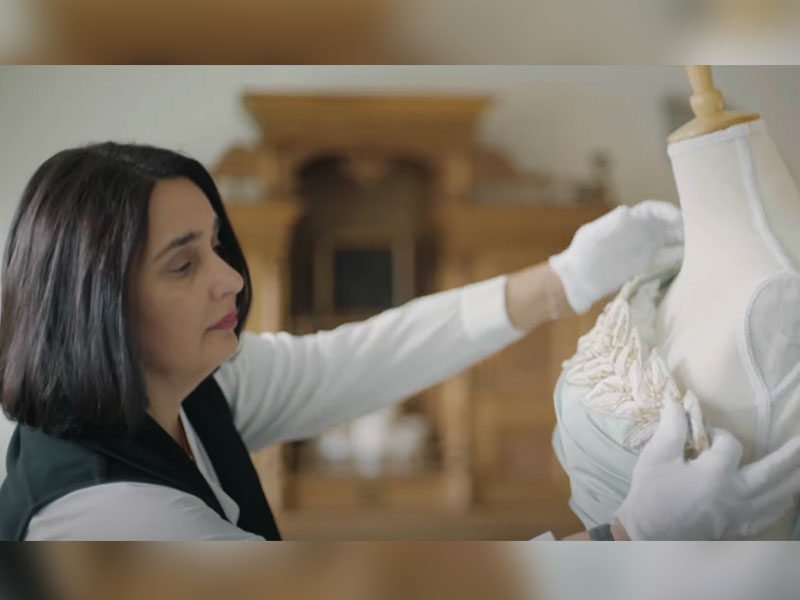 A Russian haute couture fashion designer creates her designs to worship God after knowing Jesus – leaving behind the pressure of designing just to please people.

Aleona Isakova grew up in a communist country where Christianity is unacceptable. Hence, she never knew about Jesus and followed atheism until at 12 years old, the teen read a book that mentioned the Bible. She got curious and asked the librarian if they had a Bible. Her father found out and got angry and stopped her from mentioning the Bible or Jesus.

Aleona became a prolific artist and held her first exhibition at 14 years old. By this time, she learned more about Jesus. However, her surroundings pressured her to please people. Thus, the young fashion designer created her creations out of fear of men.

Then in her twenties, Aleona got married and started to become well-known in the fashion world. It was also during this time that Christianity was no longer suppressed in their country.

In 1991, Aleona met Christian missionaries who shared the Gospel with her. That’s when she met Jesus.

“When I opened my heart for Jesus, it was like explosion, light. What I’m looking for all my life,” she testified.

Because of Aleona’s newfound faith in Jesus, she decided to leave the fashion world and closed her shop. But God had greater plans. He gave her a vision of gowns depicting the Bible and the life of Jesus.

“I saw such a beautiful collection, represents creation, how Jesus was born, crucifixion, and resurrection. And I saw dresses,” she recalled.

Aleona then realized how God wanted her to design according to Heaven. She obeyed God, and since then, God amazed her with everything that happened next.

For just $100 per month you can bring the gospel to 10,000 homes. Join us as media missionaries! GIVE NOW
VIEW COMMENTS
« God’s Word For You Today: We Have Confidence To Come To God The Secrets To David Harvitz’ Flourishing Business Revealed »