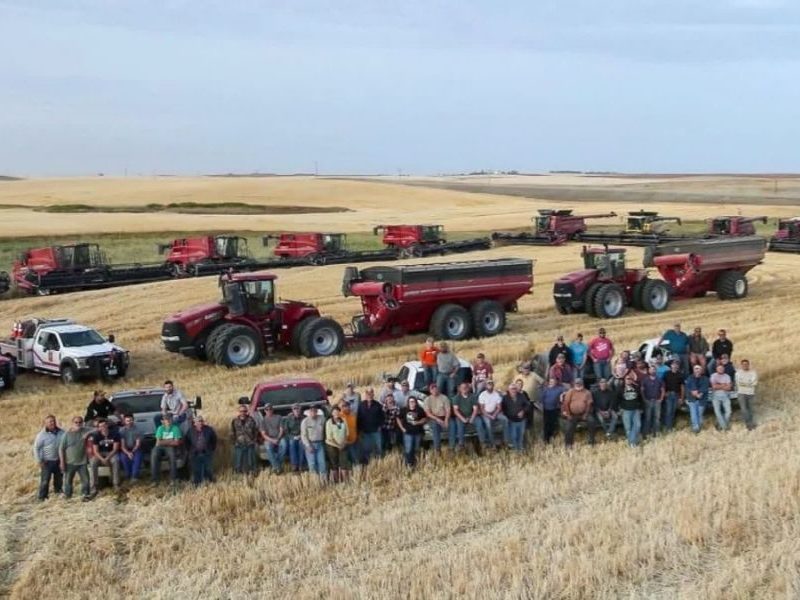 When a farmer suffered cardiac arrest in the middle of the harvesting season, 60 neighbors showed up to save him and his crops, they even did the harvesting for him!

During the harvest season in Divide County, North Dakota, about 60 farmers inspired everyone with their selfless efforts to help a struggling farmer. This is what a community should be, helping one another during tough times and celebrating with them during good times.

While Lane Unhjem was driving his combine harvester across his field of durum wheat, smoke billowed out of the machine. Before even figuring out what was happening, flames started to surround him. His neighbors saw what was happening and quickly came to help Lane. 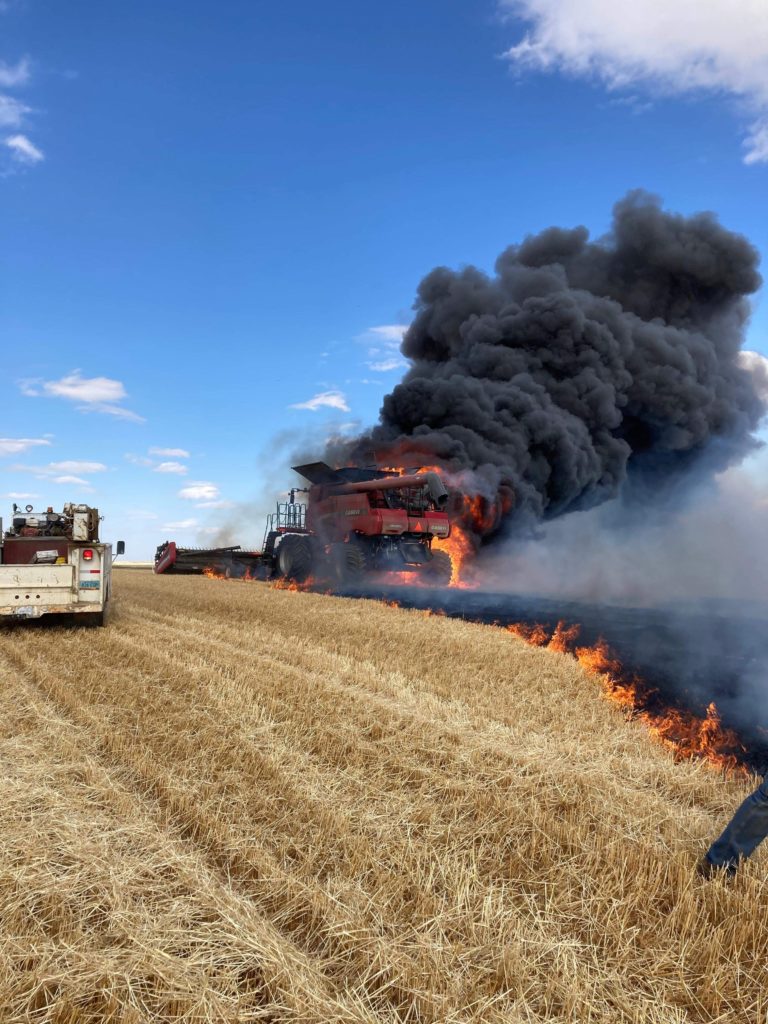 The neighbors were able to save the 57-year-old farmer and his crops from the fire. But due to the shock of the moment and the thick smoke he inhaled, he suffered cardiac arrest. In addition to a heart attack, he suffered several years ago. The farmer was immediately airlifted to Minot, North Dakota, where he arrived in critical condition.

“He flatlined three times in the emergency room,” his daughter Tabitha said.

Farmers showed up to help

When the other farmers in the community learned about Lane’s condition, they paused their own harvesting to help him. Almost 60 farmers showed up in Lane’s field with their heavy-duty machines to do the harvesting for him.

“I made a couple of phone calls and started getting equipment offered left and right, plus the help to go with it,” said Jenna Binde, 28, a fellow farmer said. “We are small here. It’s a very tightknit community.” 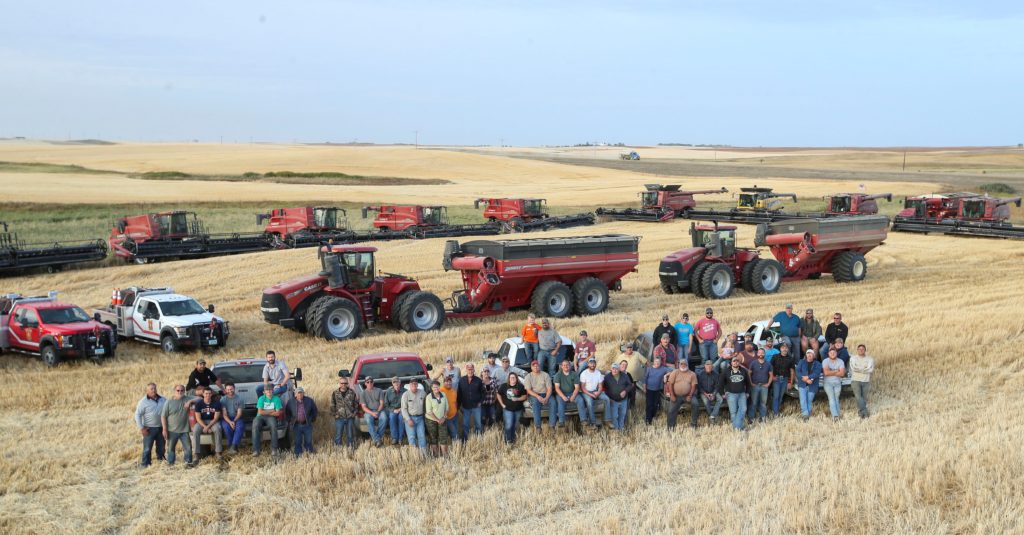 A work that usually will take Lane two weeks to finish was quickly done by the farmers in eight hours. Among the machinery that showed up in Lane’s field were 11 combine harvester, 15 semi-trucks, and six-grain carts.

Some other people in the community also helped the Unhjem family in their own ways. Others stacked food for them, others helped them financially, they really showed their love towards their community in a heart-melting way.

“In this part of the country, any time anybody needs a helping hand, everybody will stop what they’re doing at the drop of a hat and come help,” Brad Sparks, a neighboring farmer, said. “That’s just the way it is here. People from 30 miles away showed up with trucks.” 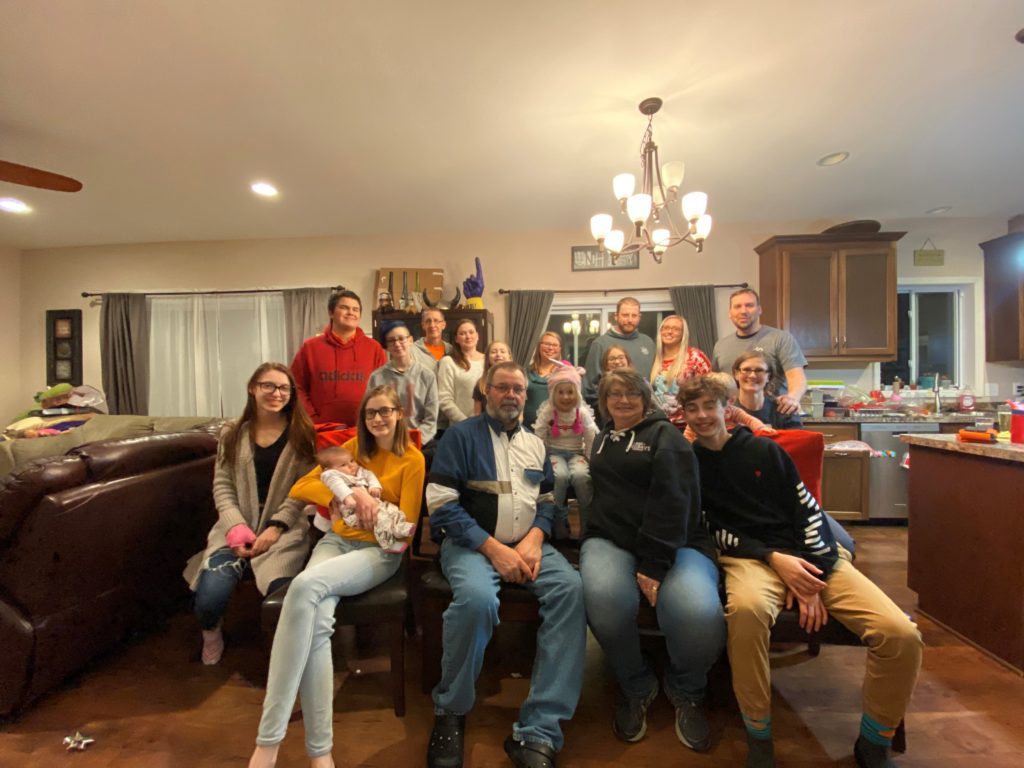 For just $100 per month you can bring the gospel to 10,000 homes. Join us as media missionaries! GIVE NOW
VIEW COMMENTS
« Ballerina With Alzheimer’s Remembered Dance Moves When She Listened To ‘Swan Lake’ Dad Gave Up Music After Losing First Child, But Now Plays Guitar For Miracle Baby »