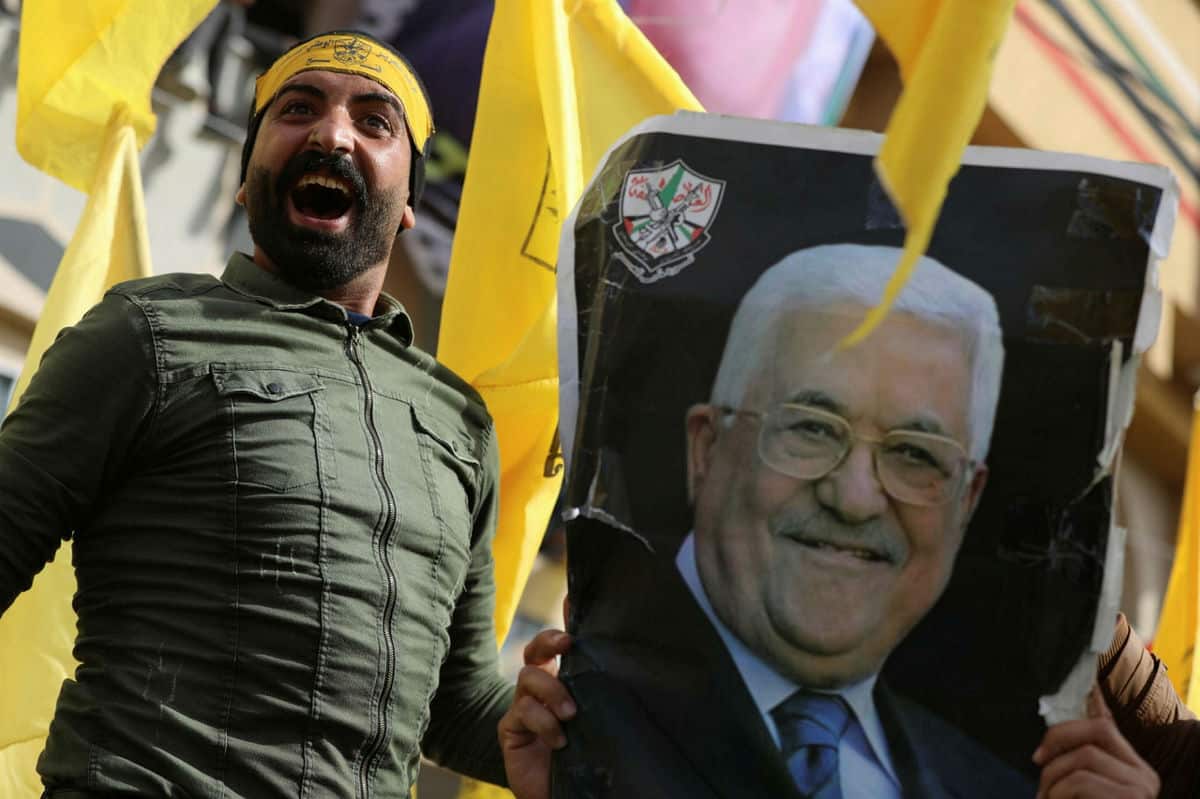 Fatah officials fear that Israel is working to establish an alternative Palestinian leadership and replace Mahmoud Abbas in response to his decision to cut all channels of coordination with Israel and abolish the Palestinian commitment to the agreements it signed with Israel and the US.

Fatah claims that Israel will try to get rid of Abbas to remove obstacles on the way to implementing the US-formulated Deal of the Century peace plan.

A document circulated Tuesday night among Fatah officials warns of “Israeli attempts to create political and security chaos in the Palestinian Authority (PA) in order to establish an alternative leadership for Abu Mazen [Abbas].”

The document alleges that Israel is expected to hurt and embarrass the PA security forces and tarnish the face of the Palestinian leadership to pressure it into accepting Israeli dictates towards the application of sovereignty and in response to the severing of security relations.

In a press release, Fatah called on the Palestinian media to resist the suspected attempts by Israel, to check any information it receives and treat it with suspicion and caution.

A Fatah official explained to TPS that since the US published its Deal of the Century, PA intelligence agencies have been closely monitoring any sign of Israeli activity that may interfere with Palestinian leadership matters and that senior executives have been assessing Israeli and US intentions to bring about Abu Mazen’s “silent impeachment” and to establish another Palestinian leadership.

During internal discussions, the names of those who may be partners in the Israeli conspiracy were mentioned, and especially those who have contacts with the US embassy or with Israeli officials. TPS has learned that during US Secretary of State Mike Pompeo’s recent visit to Jerusalem, he met with several prominent Palestinian figures, including a former PA minister.

The document emphasizes that Israel will try to provoke PA security forces by making a series of arrests, placing checkpoints and other actions while trying to embarrass them.

Referring to this possibility, a Palestinian official told TPS that so far, the Palestinian leadership has not been tested after it declared the severing security relations with Israel and now fears that Israel has decided to put them to the test.

In this context, it should be noted that Israel on Tuesday night returned to operating in the PA and arrested terrorist operatives after a three-day pause during the Eid al-Fitr holiday.

Referring to the document circulated by Fatah, he said that it is odd that only now Abu Mazen’s Fatah men understand that Israel will act in any way against the Palestinian Authority, as it did in Arafat’s assassination, as it did in 2006 when it tore the Palestinian Authority into two parts and led to Abu Mazen’s rule, and derided him by calling him “Karzai” after the Afghan leader supported by the US Government.

Asfur called on Fatah to wake up and realize that “Israel-Palestinian relations are not a friendship system but a system of enemies.” He mocked Abu Mazen’s leadership, saying that the Fatah has lost its way since Arafat’s death and became under Abu Mazen’s leadership “the movement of national confusion.”

He called on Abu Mazen to set new priorities, organize Fatah and reconnect to the street. He said that “the security coordination culture [with Israel] must be cleansed and the security establishment must return to its original mission, which is the confrontation with the Israeli enemy.”

Asfur demanded that Abbas translate his decision to cancel the agreements with Israel into action, recalculate his anti-Hamas policy in the Gaza Strip, strengthen his ties with Jordan and examine in depth the realization of the Palestinian-Jordanian agreement of 2012 and establish a supreme coordinating committee.

PA officials estimate that there are now two bad scenarios: one is violent clashes between Israel and the Palestinians and the other is the continued Palestinian compliance with Israel’s dictates.

A Fatah official added that the organization is preparing for the resumption of protests on a large scale and this will challenge the PA security mechanisms they will face.