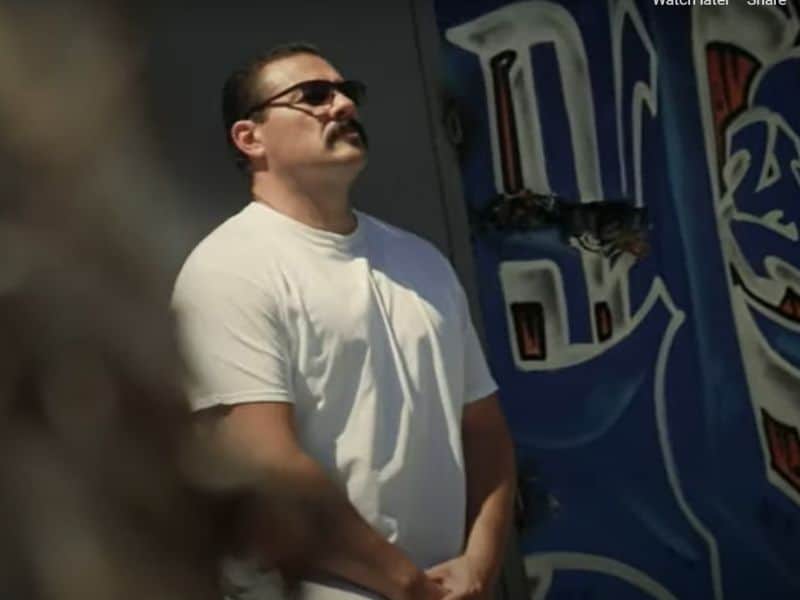 The feared gang member, given the alias name “The Stabber,” lived a life of violence, anger, and hatred until he met a fearless chaplain who showed the perfect love of Christ. Since then, he laid his guard down and accepted Jesus as Lord and Savior.

Isaiah Blancas was only nine years old when he started living on his own on El Paso, Texas streets. His mother kicked him out of their house when his father left them. So, he survived by eating scraps from garbage cans and sleeping in shaded places.

But one night, a gang caught him alone, beat him up and left him at the hospital, almost lifeless. That dreadful day only added to his misery. Isaiah recalled, “That’s when I made up in my mind, I’m going to be one of the most violent gang members El Paso has ever seen.”

So, he joined the gang that almost killed him and embraced the lifestyle that came with it.

For the following years, Isaiah worked out what he wanted to be. He became furious, violent, and brutal. He would “beat people up and incite fights.”

Moreover, Isaiah committed crimes and drugs. He said, “I became what I really yearned to be, which was a feared gang member, somebody that was really respected.”

But, it also made his heart grow hard and cold. Isaiah no longer cared for anyone nor himself. “My hope was gone. I had already accepted that I was going to die in prison or die in the streets.”

One day, his misdeeds caught up to him. He went to prison and was even put in solitary confinement. The police only allowed him one hour to go outside. And the other hours would be to attend church services.

There, he met a fearless chaplain named Gina. Unbeknownst to Isaiah, Gina was a former gangster. So, Isaiah could not intimidate her.

But, what really moved Isaiah was the moment he saw Gina hugging the body of an overdosed inmate. He said, “She was hugging this guy, crying, praying for him, and it really blew my mind because I’d never seen love like that. Genuine love for people like us, you know, for the broken, for the hurt, for the lost, for the wounded. I couldn’t shake it.”

This love started to melt the shields inside Isaiah’s heart. “I was a horrible person, someone that didn’t deserve grace after all the wrong I had done. Could this God really use someone like me that is broken?”

So, he asked the same question to Gina, and she answered yes. She said, “He will use you for His glory. He came for people like you, for the worst of the worst.”

Right there and then, Isaiah opened his heart to God and lived for Him. Today, God’s transformation is evident in Isaiah’s life. He quit his life as a gangster and now lives with his wife and four children.

Isaiah also started a ministry for the people lost in drugs, violence, and destruction. He said, “I want them to know how great my God is and that there is hope in Jesus Christ.”