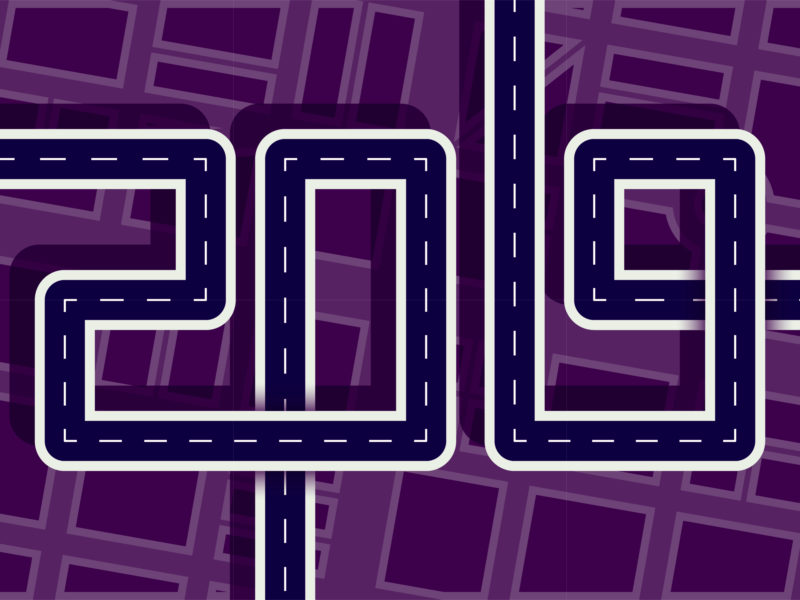 Entrance into a New Year never fails to give birth to new hopes, dreams, resolutions, goals and objectives. We all wake up on the 1stof January holding the same vital life requirements that we held before we hailed in the New Year but January 1st.brings with it the opportunity to look with fresh eyes at our directional activity and line our lives up with a new day.

In Daniel 10:1-23, we read the story of a well-positioned, influential leader who is looking toward the long-term future of God’s House.  He fasted and prayed for 21 days to find the roadmap of the future. This is a practice that many churches across the world re-live in January but Daniel’s fast was not a modern day, no social media, flesh abstinence; it was an all-out relinquishment of himself before the throne of God, as he took responsibility for the present day and ownership of all that had gone wrong in Israel’s relationship with God.

Daniel recognized a shift in time but he also understood the need to engage with it, so he realigned his gaze from the natural to the supernatural and sought God.

“So I gave my attention to the Lord, to seek Him by prayer and supplication, with fasting, sackcloth and ashes”  (Daniel 9:3)

Recognize the moment and shift your gaze upward

In effect, he took all that he was, had or held in position, authority, power, anointing, blessing and he cast his crown before the Father’s throne in total abandonment, on behalf of the future of God’s people.  That’s pretty powerful stuff for a man who was already walking at such a high level and in whom was found such an “excellent spirit” that Heaven had twice downloaded to him a vision of the End Times, the rising and nature of the Lawless One and the glory of the Throne of God.

In response to this level of surrender, God sent Daniel a messenger in the form of Gabriel, the angel who would later announce to Mary that she was going to give birth to the Messiah.  Such was the union between Heaven and Earth in this man that the senior messenger of Heaven was sent to inform him of its secrets, as written in the book of truth. “However, I will tell you what is inscribed in the writing of truth.” (Daniel 10:21)

There is not a church, ministry, movement or home who does not need this today.  I’m not talking about being so heavenly minded that we are no earthly good.  I’m talking about actually getting our lives back to the place of full operational function, in line with Word of God; where instead of surviving as an underdog to modern day philosophical secularism, we move into our Kingdom potential and become fully functioning Kingdom sons.

The removal of the Spirit of God from our environments in an attempt to fill auditoriums has hurt the Body of Christ and powerlessness has produced in its people, an inability as modern-day charismatic Christians to live victoriously in the face of adversity. This is a direct outcome of powerless leadership, soul led motivational messages and prayer lives which often fail to extend beyond the dimensions of me, myself and I.

We have forgotten who we are and the call to “Come up higher,” which has been released across the nations for 2019, is a call to a recovery of sight for God’s people, a reinstatement of the Spirit of God in the pulpits of our land and a reversal of the outcomes of spiritual abdication on a governmental level.

If we want a new day, we must re-engage with what the Spirit of God is saying

Daniel needed to understand the time that he was living in and the will of God regarding the future, so he engaged with Heaven and he did not stop until the answer came.  He knew that a new day for Israel was about to be born and his prayers opened the door for the release of the decree to,

We stand in an hour where through policy, lawlessness is advancing from the ground up at an exponential rate.  The war for governmental authority rages ferociously in both the USA and UK because they are governing nations.  Trouble is raging. Turbulence, adversity, affliction and indignation, muddy the waters of the world of men and they do not know how to fix it.

In the midst of all of this, we are not called to be a church that is in retreat or hidden away. The Kingdom needs people who understand what is written in the book of truth and are willing to engage on the front lines of natural and spiritual change.  When Evan Roberts had a vision of a 100,000 souls, he lined his life, his prayers, and his expectations up with Heaven’s download and the greatest Pentecostal Revival in modern history was birthed. A downpour so power-filled that lives were radically transformed, and an unstoppable, worldwide, fresh outpouring of Pentecostal Revival was released. That’s powerful stuff!

There were only two women who had the privilege of washing Jesus’ feet with their tears. The first was a prostitute. A full-blown sinner, caught in the act, guilty as charged and worthy of death. She is every sinner turned Kingdom son and the life-transforming power of Christ’s forgiveness.

The second woman was Mary of Bethany. A sister of Lazarus, a privileged, faith-filled woman, who sat at the Master’s feet, touched his heart and watched Him raise her brother from the dead. She had it all and just like Daniel, she took all that she had, was, had experienced, known or become and she cast her crown at His feet.

An act so powerful that Jesus Himself said, “Truly… Wherever the Gospel is preached in the world, what she has done will be told in memory of her.” (Mathew 26:13)

Daniel and Mary both stood at the doorway of Kairos moments in time and they knew the secret of unstoppable relinquishment and devotion. They followed the roadmap of surrender and because of their engagement with Heaven, Israel’s restoration came forth and the greatest day known to mankind was anointed with the tears of an outpoured life.

2019 has yet to be anointed! The greatest outpouring our world has ever seen is yet to come, is yet to be birthed.  It has its own voice and it’s calling out to us all but before every Kairos moment, Heaven and Earth engage because relinquishment and devotion are the oil which prepares the way for change.  Mary and Daniel understood the birthing roadmap and in 2019, so must we. Its time to rebuild the altars.

For just $100 per month you can bring the gospel to 10,000 homes. Join us as media missionaries! GIVE NOW
VIEW COMMENTS
« Keys to Discovering God’s Unique Vision for Your Life Israeli Withdrawal From UNESCO Comes Into Effect »