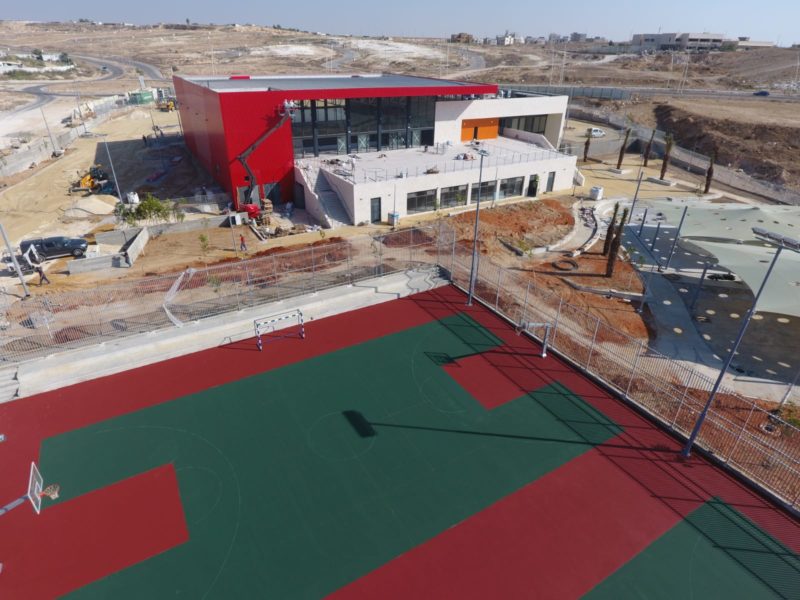 In a historic move, the first swimming pool in the Israeli Bedouin village of Rahat will be opened to the public on Wednesday.

In a statement, Yair Maayan, the director general of the Negev Bedouin Authority, said that the inauguration of the pool eliminates “a blemish from Israeli society.”

“Almost every Jewish child in the Negev can jump out of bed directly into the nearby pool, Bedouin children from Rahat or Lakiya who are Israeli citizens, have had to travel in the past for hours to the pool in Umm al-Fahm,” he explained. “The long commute ruins the experience. This is a serious failure that the State of Israel has been neglecting for too many years. Unfortunately, the Jewish settlements in the Negev also were not open to allowing Bedouin children as welcome guests in their pools.”

There have been a number of Bedouin drownings spanning over the past few years as many have never learned how to swim. Following a number of drowning incidents, some Bedouin communities and their leaders have organized swimming lessons for children, but have had to bus them hours away from home to Umm al-Fahm, some 140 kilometers to the north.

The pool is semi-Olympic sized and was built as part of a new country club in the village.

The inauguration will take place in the presence of the Agriculture and Rural Development Minister Uri Ariel, Culture and Sport Minister Miri Regev, Housing Minister Yoav Galant and Maayan from the Negev Bedouin Authority.

The new country club spans over 13 hectares, and will include the pool, a large fitness room, with three studios, a cafe, a sundeck, a combined tennis, basketball and soccer field, as well as playground facilities, a kiddies pool, and a sauna. The pool will have separate bathing hours for men and women.

For just $100 per month you can bring the gospel to 10,000 homes. Join us as media missionaries! GIVE NOW
VIEW COMMENTS
« Shin Bet Uncovers Hamas Terror Cell in Hebron Jewish Agency to Provide Loans to Businesses Damaged by Rocket and Arson Attacks »