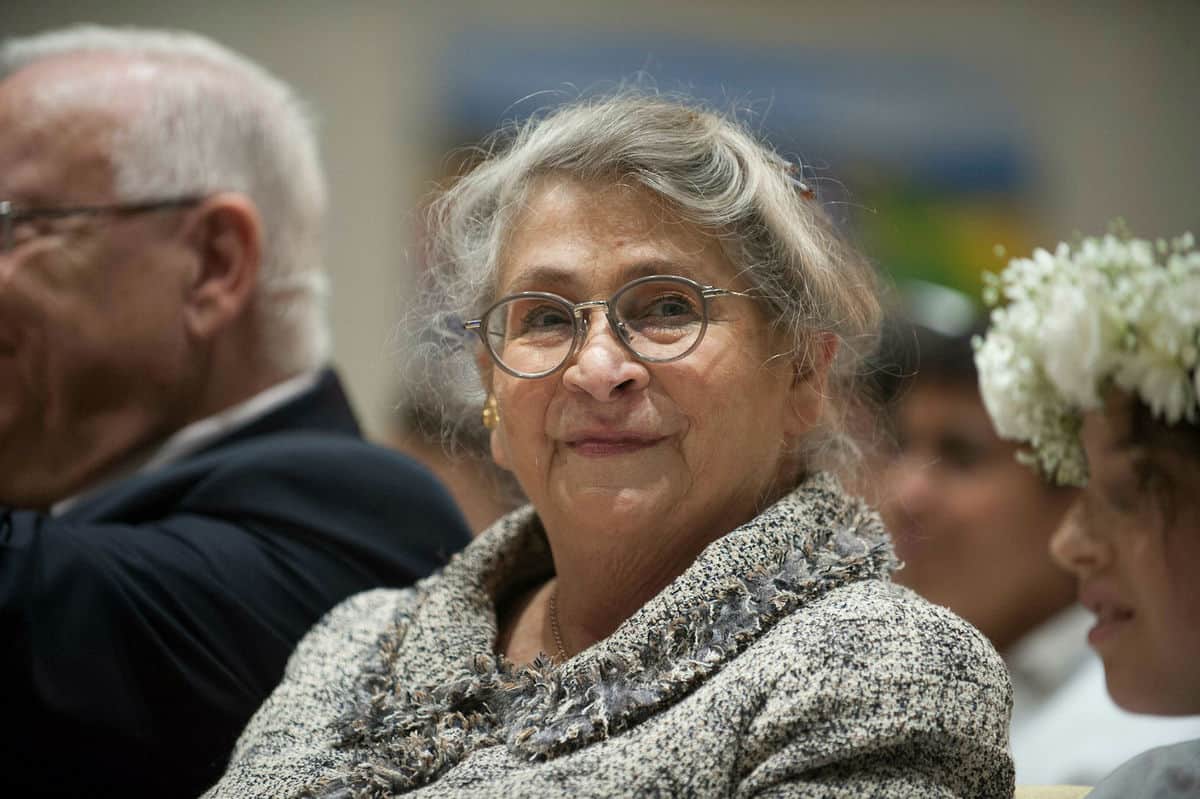 Nechama Rivlin, the wife of Israel’s president Reuven Rivlin, passed away on Tuesday after undergoing a complex surgery three months ago and then slipping into a coma.

She was 73 years old and passed away just days before her 74th birthday.

Nechama underwent a complicated single lung transplant in March. She had been suffering from pulmonary fibrosis for several years and the transplant took place after a long period of waiting.

After exhibiting signs of recovery for several days after the surgery, her health deteriorated and she experienced severe shortness of breath due to cardiac complications. She was sedated and received respiratory aid in the cardiothoracic intensive care unit.

In a statement, the President and his family thanked the staff of the Beilinson Hospital for the “dedicated, sensitive and professional treatment she received over the last few months, night and day, with an open heart.”

The Rivlin family also thanked the citizens of Israel “who have continued to ask after Nechama’s health, to send letters and wonderful children’s drawings to the hospital and to Beit HaNasi, and to pray for her every day, every hour.”

The public outpouring of support “gave the president and all members of the family strength and support that cannot be described in words,” the statement said.

Finally, the Rivlin thanked the Halabli family, who donated their late son Yair’s lung, for “their inspiring nobility and wonderful deed.”

Rivlin will be buried on Mount Herzl in Jerusalem in the plot designated for the nations’ leaders and their families on Wednesday.