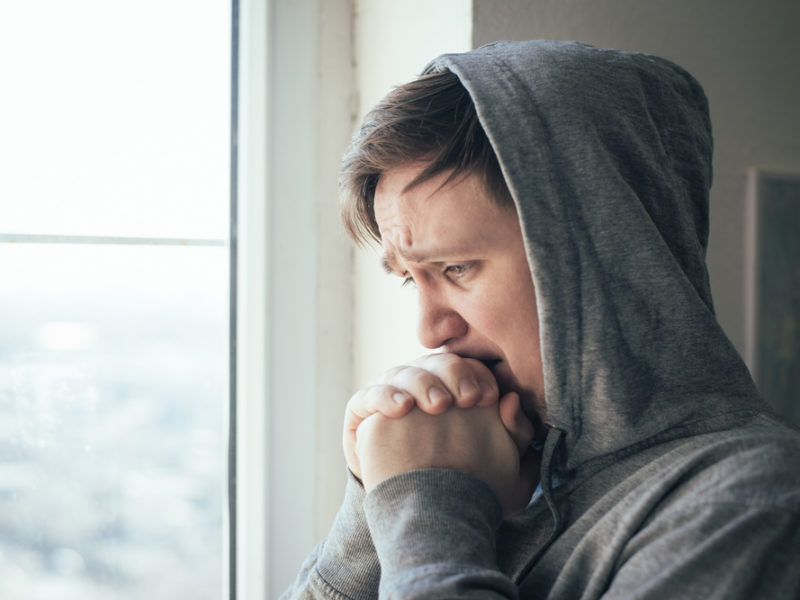 Five years ago this month, my father suddenly and unexpectedly passed away. Consequently, I wanted to do something a little different this week, and discuss five relatively recent films that deal with the theme of grief. This may not be an immediately attractive prospect for some, but for me, viewing films of this kind can be very cathartic. Indeed, I believe God can and does use these films to highlight points of identification with characters, enabling us to come to terms with the death of loved ones. 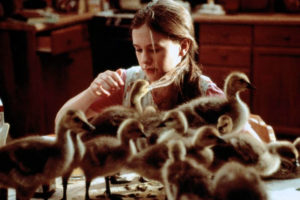 Carol Ballard’s massively underrated children’s film (loosely based on a true story) concerns an adolescent girl (Anna Paquin) who goes to live with her inventor father (Jeff Daniels) after her mother dies. Here she adopts and raises orphan geese. Later with the help of her father she also learns to fly microlight aircraft to help the geese migrate, undertaking an epic journey to Florida. This is a lovely, lovely film; gently paced, warm, funny and poignant. It doesn’t talk down to younger viewers, but deals with the issue of grief in a way that is entirely appropriate to the age group. The metaphors are clear but brilliantly realised and Caleb Deschanel’s gorgeous cinematography is another major bonus. 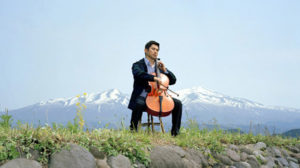 The Japanese winner of Best Foreign Film at the 2009 Oscars is nothing less than a masterpiece. It concerns a recently unemployed cellist called Daigo who takes a job preparing corpses for burial. Whilst his wife and others initially despise what he does, Daigo takes pride in his work and strives to perfect his art, acting as a kindly gatekeeper between life and death for the departed and their relatives. Although it sounds depressing, Departures is actually a very compelling film, and often a surprisingly funny one. Direction (by Yojiro Takita) and performances are brilliant, and the deeply moving finale is a guaranteed tear-jerker.

A Series of Unfortunate Events (2004) 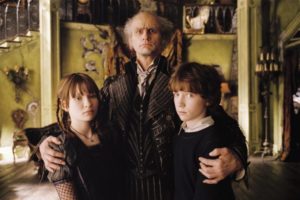 No, not the recent Netflix TV series, but the earlier, Brad Silberling directed movie, something of a neglected gem in my opinion. A truncated version of the first three novels in the bestselling darkly comic children’s series by Daniel Handler (aka Lemony Snicket), the film begins, quite brilliantly, with an animation about a happy elf. Suddenly the elf film is interrupted by a sombre, deadpan voiceover stating “I’m sorry to say that this is not the movie you will be watching. The movie you are about to see is extremely unpleasant. If you wish to see a film about a happy little elf, I’m sure there is still plenty of seating in theatre number two. However, if you like stories about clever and reasonably attractive orphans, suspicious fires, carnivorous leeches, Italian food and secret organisations, then stay, as I retrace each and every one of the Baudelaire children’s woeful steps…”

What follows is a superbly surreal, scary, funny and thrilling adventure, designed to empower children to come to terms with grief. This it does brilliantly by not patronising in the slightest, but by acknowledging the triumph of courage, imagination and intelligence – not to mention the strong bonds between siblings – in the face of overwhelming tragedy. I would say it’s all but guaranteed to strike a chord with a bereaved child. 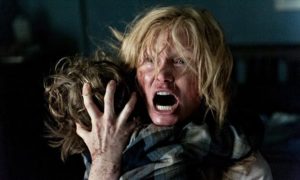 Let me state upfront that this one is not for everyone. If horror films aren’t something you are comfortable with, steer clear.

The best horror film I have seen so far this decade, The Babadook is a truly astonishing debut from Australian director Jennifer Kent. Both terrifying and deeply moving, the plot concerns a woman called Amelia whose husband was killed in a car accident just before she gave birth. Flash forward a few years, and her son Samuel is now a very troubled boy, whose difficult behaviour at school is causing problems. When a mysterious and frightening children’s book entitled The Babadook appears in their home, which appears to predict that Amelia will fall under the influence of a malevolent entity and kill Samuel, Amelia repeatedly tries to throw the book away or destroy it, but the book keeps appearing again and again. Meanwhile, the creature in the book begins to manifest in the house, gradually bringing Amelia under its influence.

I fully appreciate that horror is not for everyone, but this is a truly remarkable film. It is immensely disturbing, but those with the stomach for it will find points of identification if they have suffered from repressed unwarranted guilt as a result of grief. Despite the traumatic and hideous ordeal Amelia, Samuel (and the viewer) is subjected to, the film is ultimately redemptive in its message that it is possible to come to terms with grief (for which, the Babadook entity is a metaphor), especially with the intensely moving power of a son’s love for his mother in the mix. I must confess, during my second viewing, I cried through at least half of it, out of sheer empathy for the characters.

I must once again reiterate The Babadook is not for everyone. Great art can often elicit entirely different reactions from different people based on background, temperament, personality and several other factors. I recommend letting the Holy Spirit be your personal guide. 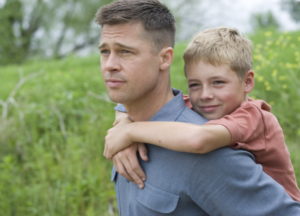 “Where were you? You let a boy die. You let anything happen. Why should I be good when you aren’t?”

Terence Malick’s poetic, visually stunning masterpiece is a love-it or hate-it affair. There really is no middle ground. Personally, I’m in the former category, but I understand why many audiences would struggle with his dreamlike, stream-of-consciousness approach. Nevertheless, whichever position you take, The Tree of Life is pure cinema.

Loosing modelled on the book of Job, the film is a meditation, a prayer, a fractured, kaleidoscopic work of art, in which big existential questions on nature versus grace, life, death and the nature of suffering are pondered. Most of these musings occur as the central character recalls his childhood in the 1950s, his troubled relationship with his father, and the tragic death of his brother. However The Tree of Life also takes in creation (in an audacious and truly astonishing 2001 style sequence), the end of the Universe, and reunion with loved ones in heaven, all set to magnificent, finely selected classical pieces, as well as Alexandre Desplat’s spot-on score.

The afore-mentioned heaven sequence, filmed on a beach, is either overreaching, or it has the emotional power to bring the viewer, like the central character, to their knees. Either way, The Tree of Life is a truly singular work; staggeringly beautiful, occasionally surreal, enigmatic and profound. Personally, I find it to be one of the most moving films I have ever seen. Shortly after viewing it, I read how God used the film to help a couple come to terms with the tragic cot death of their baby. For that reason alone, God bless Terence Malick.

For just $100 per month you can bring the gospel to 10,000 homes. Join us as media missionaries! GIVE NOW
VIEW COMMENTS
« WATCH: Satanist Renounces Dark Past, Accepts God’s Forgiveness, and is Baptized! Listen: Steffany Gretzinger of Bethel Music Sings King of My Heart »