Five Minutes Before Taking His Own Life, This Man Challenged God! 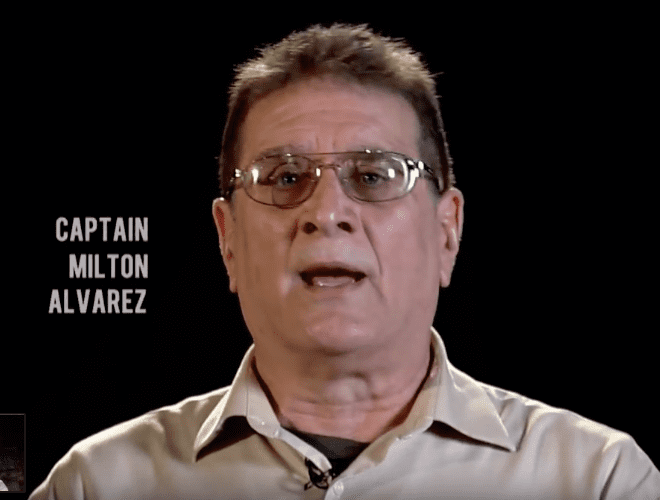 Captain Milton Alvarez was living a great life thinking that living in darkness meant living in light. This deception led him to Buddhism, Hinduism, Islam and witchcraft. Yet, in the end, he still felt empty which often led him to consider taking his own life.

One day, before attempting suicide he decided to laugh the last few moments of his life away by watching cartoons. But little did he know that God had another plan for him in that moment. While flicking through the channels to find a cartoon channel, he stumbled across Nicky Cruz on TBN.

“Jesus loves you above all things. Call Jesus right now. Make Him the hero of your life,” the famous evangelist said. (Nicky is of course featured in the best-selling book, The Cross and the Switchblade by David Wilkerson.)

But Milton didn’t believe in hell, it was not real for him. Then he heard a voice saying, “Turn the TV off. You destroy too many people. You’re filthy, you’re no good, and you need to pay the price. Take your life.”

Right then and there, as he was contemplating taking his own life the TV came on again, by itself as Nicky continued to hold out a lifeline to people in their darkest hour.

Milton knew he needed to make a decision at this crucial point in his life and he got down on his knees saying: “God I don’t know you, I don’t care about you, I don’t even know who you are. I have no idea who you are. Nicky says you’re Jesus. And I challenge you before I commit suicide that if you’re real, change my life around.”

And right then and there, Milton encountered God.

No one is too far gone from the grace and love of God. He is able to clean us up and take all filthiness out of us. He is able to give us an abundant life through the fullness of His presence.

Watch the full video below and be inspired by Milton’s story.