BREAKING
Lay Aside The Old Self
Ben And Jerry’s Staying In Israel, But Founders Aren’t Doing The “Chunky...
Israel Has a New Prime Minister
STAND WITH UKRAINE
Home Articles “Fixer Uppers” Get Real About Hard Work And Dangers Of Contentment

“Fixer Uppers” Get Real About Hard Work And Dangers Of Contentment 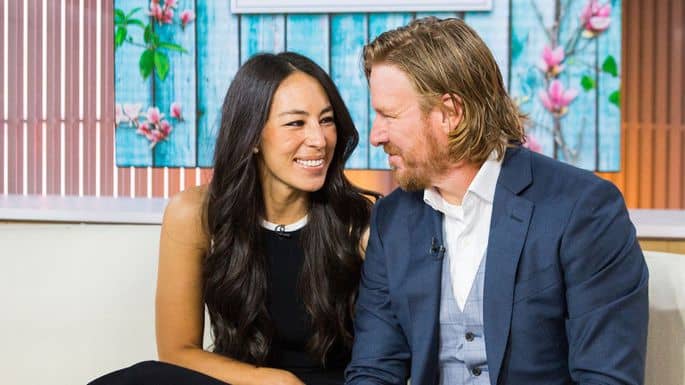 Chip and Joanna Gaines have built a dynasty – from a New York Times bestselling book, to wallpaper and furniture lines, to a quarterly magazine, to their real estate company, this power couple keeps busy.  And with sky-high ratings for their HGTV house flipping show, Fixer Upper, Americans crave the synergy that sustains this dynamic duo and propels them full speed ahead. But it’s taken a lot of work.

In a recent interview with People Magazine, the Gaines’ got real about what it takes to build such an enviable empire. It is precisely this down-to-earth transparency that their fans love. And for Christians who want to achieve sustainable, meaningful success, their wisdom is priceless.

It Hasn’t Been Easy

From the outside, it may seem like everything the famous couple touched has turned to gold. But in reality, their success was not so simple. After meeting in 2001 and marrying 2 years later, the couple lived off of the wad of cash in Chip’s pocket. Life was a struggle. According to Joanna, “He always had a wad of cash, but we were broke. If I needed to go grocery shopping it’s whatever was in his pocket. That’s how we paid the bills.”

Dispelling the notion that things just fell into place for them, Chip asserted, “Nothing has come easy, We’ve worked so hard to have this beautiful family and this farm — it really does seem like the American dream you heard about growing up.” Through toil and dedication during their first few years of house flipping, the Gaines’s were able to achieve more than they could ever imagine.

The key to their success: a committed relationship. Even now, as they work to meet the needs of their four young children – Drake, 12, Ella, 10, Duke, 9, and Emmie, 7 – the couple prioritizes their marriage. “Jo and I both made a commitment pretty early on that the two of us are the most important variable,” Chip remarked. “If we can figure out how to be right as a couple, then obviously we a have a lot better opportunity to be right for our kids.”

Not only do Chip and Joanna have each other’s backs, but they also know how to bring out each other’s best and steer clear of pitfalls. In a true display of intimacy, Joanna acknowledged Chip’s tendency to become restless when he is content. “I think comfortable for us can be a little dangerous,” says Joanna. “The second Chip gets content, he gets really restless. It’s not about, ‘Let’s get here and then we’ll be happy.’ We like the idea of having to wrestle a little bit and figure things out. That’s where we thrive the most.”

The couple leverages their knowledge of one another to set themselves up for success. Joanna and Chip are a living example of Ecclesiastes 4:9-10: “Two are better than one, because they have a good reward for their toil. For if they fall, one will lift up his fellow.”

And they have learned to strike a healthy balance between work and play. Joanna mused, “I think that’s how we kind of bring balance mentally so we’re not all work/no play. For me, it’s the garden and being outside and working with my hands; for Chip it’s just doing the whole cowboy thing, and we incorporate the kids.”

As Chip and Joanna continue to build their business portfolio, they do so together, hand-in-hand – never forgetting the hard work that got them here nor neglecting the sacred union that binds them together.