‘Flying Above the Valley of Darkness’: IAF and Luftwaffe Fly Over Over Dachau Concentration Camp, Site of 1972 Munich Olympics Massacre | God TV
Israel 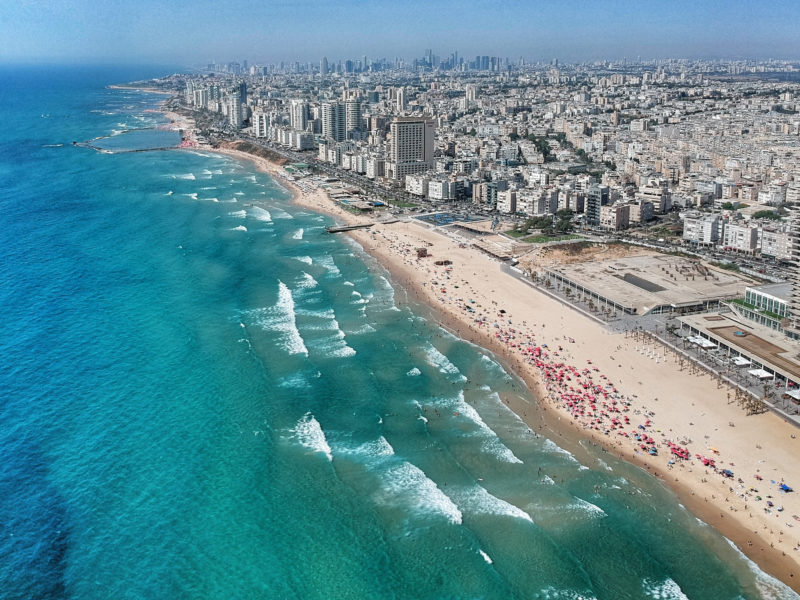 The Israeli Air Force (IAF) made history on Tuesday when it flew together with the German Luftwaffe in formation in a flyby over the Dachau Concentration Camp and the Fürstenfeldbruck airport where nine of the 11 murdered victims died in the 1972 Munich Olympics terrorist attack.

The “Memory for the Future” flyby was held as part of a joint IAF and German Air Force MAG Days training exercise. This is the only international exercise that the IAF is participating in this year outside of Israel because of the Coronavirus (COVID-19) pandemic.

In the historic event, an IAF Nachshon Eitam Gulfstream G550 of the 122nd Squadron led the flyby formation, piloted by squadron commander Lt. Col. G, a granddaughter to Holocaust survivors on both sides of her family, with IAF Commander Maj. Gen. Amikam Norkin and Commander of the German Air Force Lt. Gen. Ingo Gerhartz.

When passing by the Dachau concentration camp, in memory of the victims of the Holocaust, Norkin said that “we are flying together above the valley of darkness making room for only light ahead as we vow, never again.”

IAF personnel brought several symbolic items onboard during the flyover, including a belt that belonged to Dachau survivor Pesach Smieleg, given to Norkin during a meeting with his daughter Esther.

“His belt soared in the sky above Dachau as a symbol of the ultimate victory over the Nazis’ attempt to annihilate the Jewish nation,” it stated.

Commander of the 105th Squadron, Lt. Col. A, brought along a ring that belonged to IAF Maj. Moshe Tadmor Melnitzki, a Holocaust survivor and IAF pilot who was killed during the 1956 Operation Kadesh while serving as the 105th Squadron commander.

Poetry books that belonged to Avraham Benny, Dachau survivor and grandfather of Maj Y., deputy commander of the 109th Valley Squadron was also on board, as well as a replica of Hellmut Bachrach-Barée’s drawing, Death March – Dachau to Tölz.  Created in May 1945, the artwork depicts several Jewish prisoners being led on a death march by a Nazi guard.

After the flyby, a ceremony was held at the Dachau camp with the attendance of the German Federal Minister of Defense Annegret Kramp-Karrenbauer and the Israeli Ambassador to Germany, Jeremy Issacharoff.

“I bow my head and clearly remember what happened here not that so long ago: in my mind, I see those families who were erased from the face of the earth so savagely during the war, the Jewish culture which was bitterly demolished, and the atrocities that occurred in this camp. I remember it all – and not for a moment will I ever forget. Standing here today, I raise my head and look toward the future,” Norkin stated.

President Reuven Rivlin spoke Tuesday Norkin after the event and said that he in Jerusalem, “the capital of the free and independent State of Israel, but in my heart and in my thoughts, I am with you.” S

“75 years after the dreadful Shoah of our people, and 75 years after we rose from the ashes and marched from Dachau to Jerusalem, from extermination to rebirth, you are saluting our fallen brothers and sisters and the heroism of the survivors on behalf of us all,” he added.

He concluded by saying “in memory of the dead, for our children and grandchildren, for generations to come – we say, “never again.” I salute you and all our pilots.”

Prime Minister Netanyahu spoke last Tuesday during his visit to Hatzor Air Force Base Norkin and the Squadron 105th commander Lt.-Col. A, who shared with him his feelings ahead of the pending commemorative flight.

He noted that “the threat today does not come from Germany but from Iran. However, the great lesson of the Holocaust is that nobody will defend the Jews if we do not defend ourselves. Today we defend ourselves. I wish you success.”

Norkin said that beyond the joint drill and “the training that we are teaching the German air force, this flight also has national significance. By remembering the past, we ensure the future.”

Lt.-Col. A shared that “there is great significance in leading – for the first time in history – a deployment of combat jets to Germany.”

“We come with a very clear message, that we have an obligation to commemorate and remember the darkness of the past and we also have a great responsibility, certainly as the third generation from the Holocaust, to shape the future and ensure a more secure place for all of us through such aerial diplomacy,” he said.

For just $100 per month you can bring the gospel to 10,000 homes. Join us as media missionaries! GIVE NOW
VIEW COMMENTS
« Virtual Learning And 4 Reasons We Benefit From Homeschooling Nurse Initiates ‘Take-What-You-Need’ Pantry To Help Healthcare Workers In The Community »