written by The Israel Insider October 1, 2021 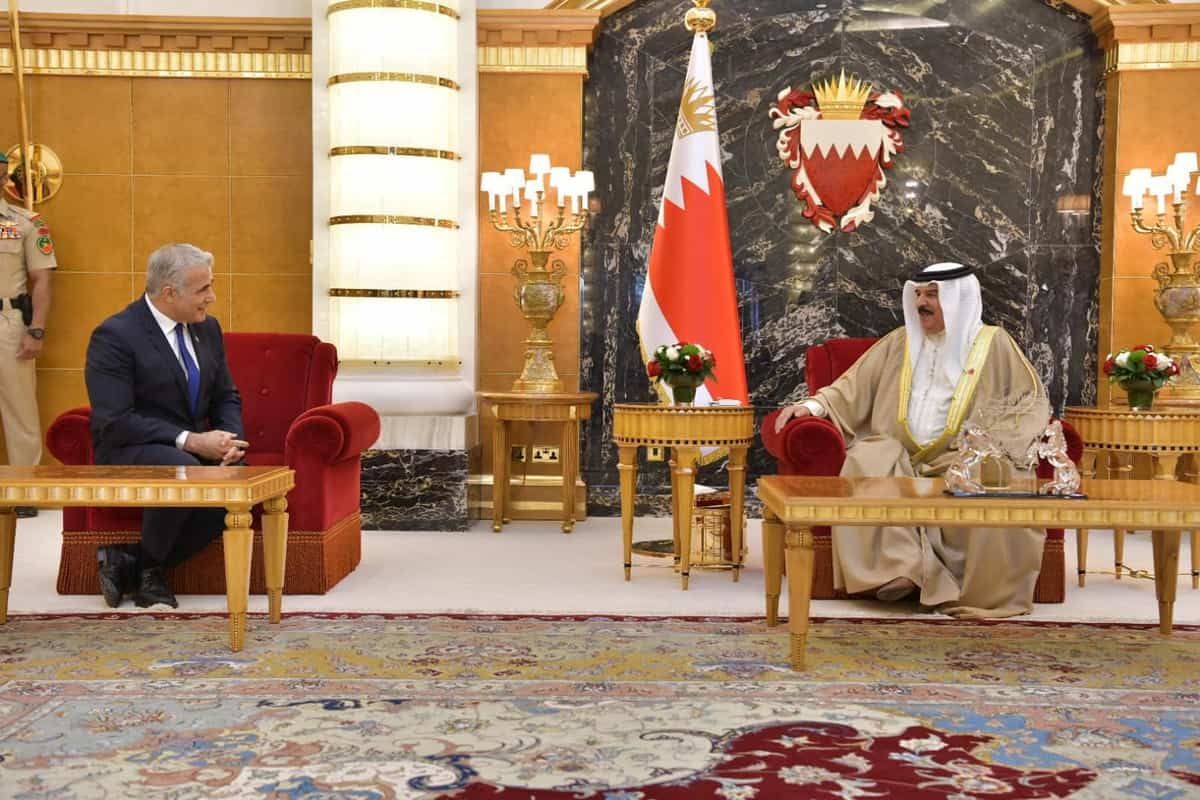 At a press conference after his meeting with the King, Lapid praised his host saying, “The king’s leadership and inspiration led to real cooperation and the meeting paves the way for the continuation of the relationship.”

Bahrain’s foreign minister, Abd al-Latif a-Ziani, described today’s meetings between Lapid and his country’s King and heir to the throne as showing that Bahrain desires warm relations with Israel.

The Bahraini Foreign Minister held a joint press conference with Minister Lapid, Minister a-Ziani where he said that Bahrain supports a two-state solution to the Middle East conflict and called for a renewed dialogue between Israel and the Palestinians.

Lapid reiterated his own personal support for a two state solution to the conflict saying that Israel must find ways to improve the lives of the Palestinians.

“Together with all our friends in the Gulf,” added Lapid, “we are leading a brave coalition of moderates who are looking forward and creating a prosperous future of stability and tolerance. Whoever cooperates will lead both the world and the Middle East.”

Lapid also thanked the King of Bahrain for what he called a warm, historic, and hopeful meeting.

“His Majesty’s leadership and inspiration have led to true cooperation and our meeting outlined the path forward for our relationship,” said Lapid.

Later in the day, Foreign Minister Lapid toured a ship from the US Fifth Fleet, which is currently docked in Bahrain. . Lapid addressed the commander of the Fifth Fleet, Admiral Cooper, and said, “What you are doing here is defending the values of freedom and the idea of a free world. When we talk about peace, we must remember that this peace must be protected from anyone who seeks to harm it. Thank you for your firm stance on this important goal.”