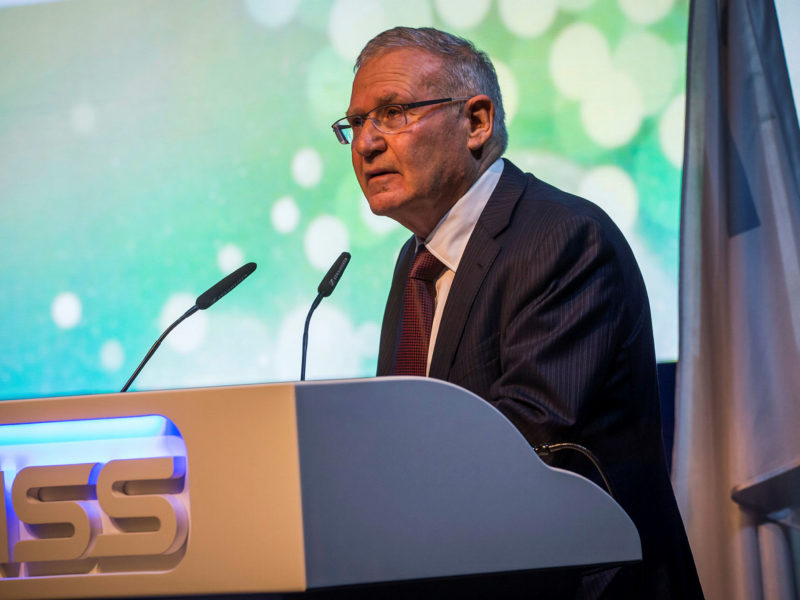 A former senior IDF officer said that Iran’s downing of the US aircraft over the Straits of Hormuz on Thursday was an unprecedented escalation in the current crisis, and called on the US to retaliate in a way that will achieve long-term deterrence.

The Islamic Revolution Guards Corps (IRGC) downed a US Navy MQ-4C Triton surveillance drone over the Straits of Hormuz, in international airspace. Iran is claiming the drone breached its air space.

IRGC Commander Major General Hossein Salami confirmed the downing of the US drone and stressed that the incident should “alert Washington officials to stay away.”

He said that the incident sent “a clear message” to the US that Iran “will show a firm and crushing response to any aggression.”

Aluf Amos Yadlin, a former general in the Israeli Air Force (IAF) and head of the IDF Military Intelligence Directorate who currently serves as the Executive Director of Tel Aviv University’s Institute for National Security Studies (INSS), noted that the downed US aircraft is one of the most advanced, is extremely expensive and was deployed only last year.

Furthermore, he pointed out that with a wingspan of 40 meters (131 ft.), this is a full-sized aircraft and not a small standard unmanned aircraft.

“This is the first time in the current crisis that the Iranians have downed an aircraft and claimed responsibility for military action,” he said.

Iran is believed to have carried out a series of attacks against oil tankers in the Gulf but has officially denied its involvement.

If the drone was in fact downed over international waters, then this attack consists of a considerable escalation that presents the Trump administration with a strategic dilemma, he said.

“So far, the US administration’s response does not contribute to creating deterrence: The president has dismissed Iran’s attacks as negligible; The Houses of Representatives warn of war; To date, the American response has included only dispatching additional forces in the region, but not the use of force that will exact a significant price, overt or covert from the Iranians,” he charged.

He further noted that “continued restraint can lead to escalation no less than an over-reaction because the Iranians interpret it as a permit for further and escalating action.”

“Do the Americans have a response that will deter the Iranians from continuing provocations in the Gulf, and on the other hand, will not escalate into a military confrontation that the American public and Congress do not want to reach?” he asked.

Israel’s Security Cabinet has reportedly met twice this week for a total of eight hours to discuss possible attacks by Iranian proxies on Israel in wake of the mounting tensions in the Gulf.

Israel fears that Tehran will order its proxies in Gaza, Lebanon and Syria to attack Israel as a way to deflect the limelight and tensions away from it to Israel.

On Wednesday, the IDF wrapped up its largest drill in years, with thousands of soldiers from the army, navy and air force simulating a war with the Hezbollah terror group.

For just $100 per month you can bring the gospel to 10,000 homes. Join us as media missionaries! GIVE NOW
VIEW COMMENTS
« Samaritan’s Purse: Obeying the Command, Go and Do Likewise! ‘IDF Has Very Great Destructive Power. Don’t Test Us,’ Netanyahu Warns »