BREAKING
Israel-led Team Solves Mystery Why Lightning Strikes Fewer Times Over The Ocean...
Tourism In The Holy Land Is Soaring Back Up To Pre-Pandemic Highs
Lapid Speaks Directly To Palestinians—Offers Them “Another Way” Out Of The Ongoing...
Home News Food for the Hungry – If we work together, we can end global poverty

Food for the Hungry – If we work together, we can end global poverty 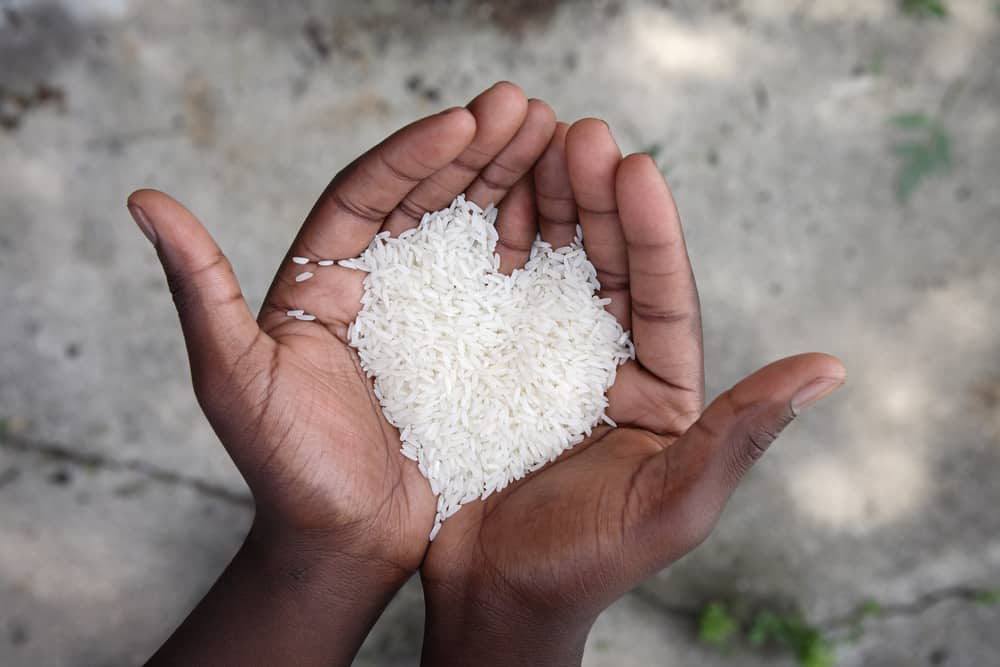 This week marks the second anniversary of the Global Food Security Act, that allows organizations like Food for the Hungry to empower the most vulnerable people to feed their families and curb malnutrition. The charity’s Chief Development Officer shares three things Christians ought to know about the Act to ensure it is reauthorized.

It’s easy for us as Christians to steep ourselves in the scriptures and think about them as hypothetical or theoretical, but you can’t separate word from deed. We know that the Bible is filled with passages about serving the vulnerable, but sometimes even followers of Jesus are hesitant to put those things into practice, especially when it comes to engaging with politics or legislation. If our position as American citizens affords us the right to advocate on behalf of the vulnerable, I think that’s exactly what we should be doing.

It’s clear to me that foreign aid is a practical way for Americans to live out the things that are close to God’s heart. One way that you can do that is by advocating for legislation that serves the least of these. One such example is the Global Food Security Reauthorization Act.

While that’s a mouthful, here are three things Christians should know about this Act.

We’re called to care for the most vulnerable and those who have suffered at the hands of disasters are among the most vulnerable in the world. It’s not only a Christian response, but an American one also to come the aid of those suffering under unimaginable circumstances.

Global hunger is another thing that breaks God’s heart. When we offer food to those in need, we’re serving Jesus himself. By helping communities become self-sustainable, we’re helping them to also live out their own God-given potential. This is a practical way to move scripture into action.

2. This act employs the efforts of US government agencies, private sectors, NGOs, and academic institutions.

Unity is a Biblical value and by partnering with other organizations around the world in multiple sectors, we’re living that out. It also highlights the fact that everyone has something to contribute to the issue of global poverty and if we all work together, we can end it in our lifetime.

3. This Act especially seeks to serve women and children.

The organization where I serve, Food for the Hungry, was named in part by Psalm 146:7 that says, “He upholds the cause of the oppressed and gives food to the hungry.”

But I’m compelled to go further into this passage, which continues, “The Lord sets prisoners free, the Lord gives sight to the blind, the Lord lifts up those who are bowed down, the Lord loves the righteous. The Lord watches over the foreigner and sustains the fatherless and the widow, but he frustrates the ways of the wicked.”This chapter expresses God’s heart for the prisoner, the blind, the stranger, the fatherless, and the widow. I think the command is clear.

If you want to take action for the vulnerable, you can contact your representative to advocate specifically for the Global Food Security Reauthorization Act. Ask your representative to co-sponsor this bill that will teach and empower people to feed their families and curb malnutrition. You can even do it in a few clicks with this easy form.

Michael Meyers is the Chief Development Officer at Food for the Hungry, Inc in Phoenix, Arizona, an international relief and development organization that answers God’s call to meet the physical and spiritual needs of the poor in more than 26 countries. In developing countries on nearly every continent, Food for the Hungry works with churches, leaders and families to provide the resources they need to help their communities become self-sustaining. When disasters strike, it is often one of the first organizations on the ground to provide and facilitate emergency relief assistance to those in urgent need of food, shelter, and medical care.