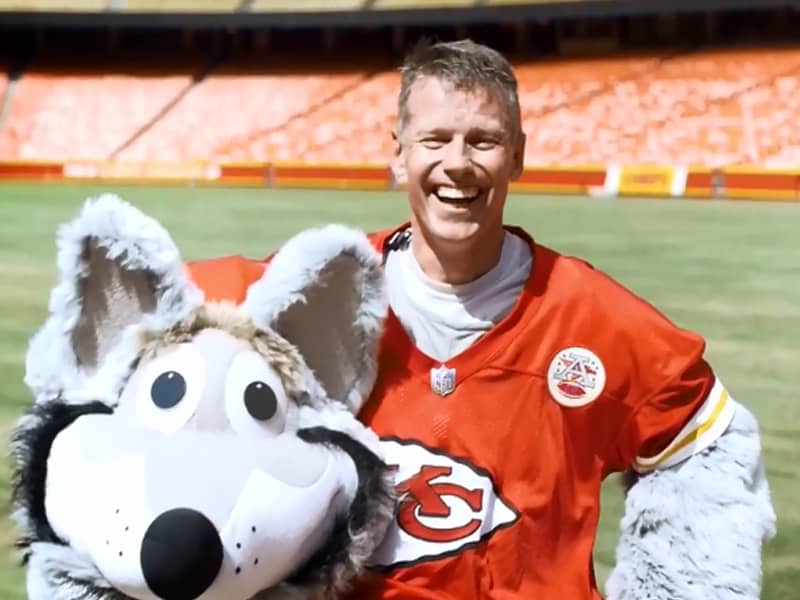 To entertain a football audience, a mascot planned a very risky stunt that almost left him paralyzed. Today, he is thanking God for the miracle of his life!

Dan Meers has been entertaining Kansas City Chief fans for almost 25 years as the team mascot, KC Wolf. He is the longest performing mascot in professional sport and the first inducted into the mascot hall of fame. Dan, a husband and father of four, has been a big part of community outreach in his city making regular appearances as the beloved mascot. 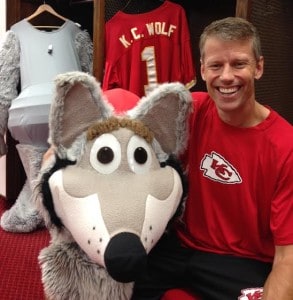 To entertain the Chief’s fans, he always tries to do new skits and stunts to take it to the next level. When Dan entered into the game stadium in a zip line, the fans went crazy for it. He wanted to do it again but wanted to take it even higher.

The day before debuting the stunt, he did a test run without the costume and it went horribly wrong. He fell from 70 – 75 ft and landed on the upper seats of the stadium. Dan broke his back, seven ribs, his tailbone, and sacrum. He also has a collapsed lung. 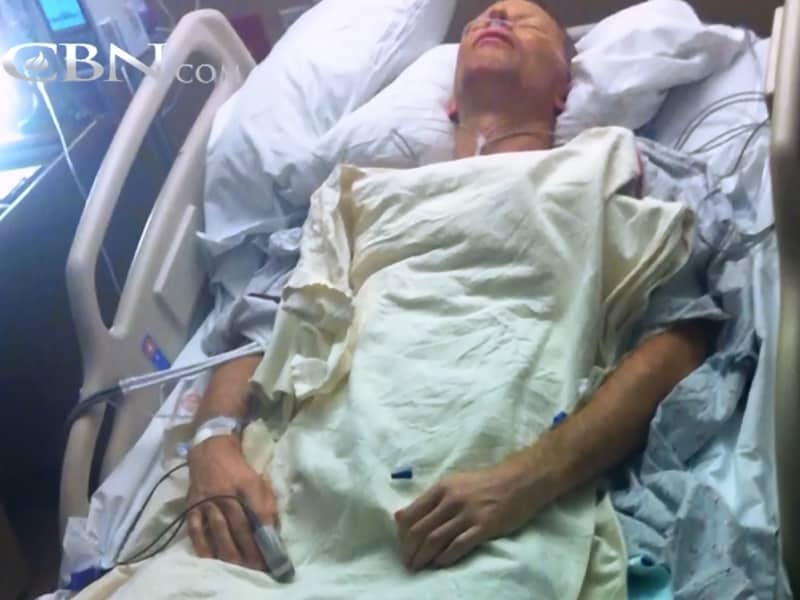 Dan awoke from his surgery to stabilize his spine thankful to God for being alive but wondering why God allowed this accident to happen.

“There were times where I would just be sitting there with so much pain, and I’d be like, ‘God I really don’t like this plan,’ I told Him that. But He reminded me, ‘Trust Me, I’ll get you through this.'”

After 9 days in the hospital, Dan went home, and for the next 6 months, he endured rehab and physical therapy. Miraculously, by the start of the upcoming football season, Dan was well enough to be back in the wolf suit once again.

For just $100 per month you can bring the gospel to 10,000 homes. Join us as media missionaries! GIVE NOW
VIEW COMMENTS
« Customers Buy Out Donuts Each Day So Shop’s Owner Can Spend Time With Sick Wife Dangerous Warning Signs of Soulish Prayer Warriors »