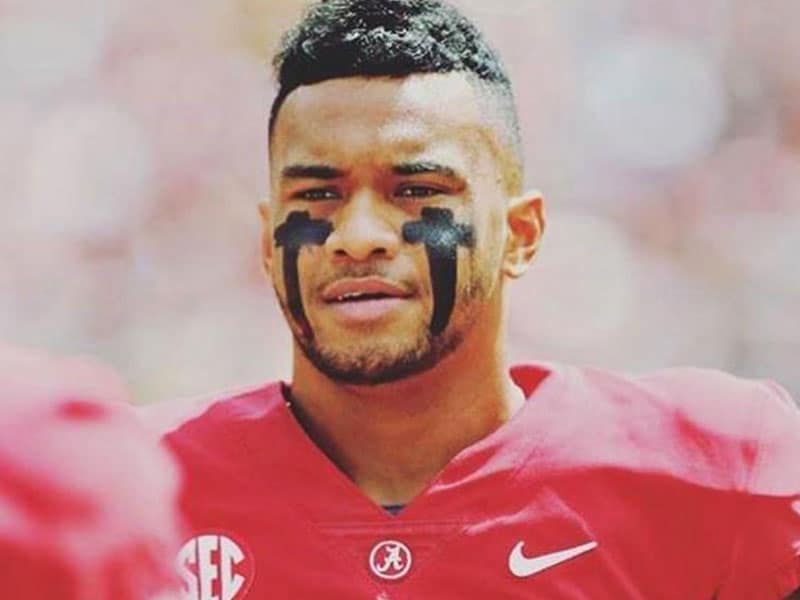 Tua Tagovailoa is a Heisman Trophy candidate, one of the best players in College football, and an NFL top pick already. During their game against Mississippi State, however, he suffered a dislocated hip. It is an injury that rarely happens to an athlete. And according to a surgeon interviewed by CBS Sports, it will take 6-12 months for him to recover. Also, he said if severe enough, it could threaten his NFL career.

Nevertheless, Tua Tagovailoa remains optimistic. He posted on Twitter the night after the incident, “Thank you all for the prayers and well wishes! God always has a plan.” 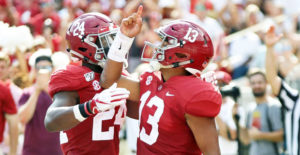 Glorifying God In All Things

The 21 year-old is known not just for being a great football player but also for his Christian faith. In every game, he proudly wears eye-black crosses. Even his social media account bio lists 1 Corinthians 2:9, which says, “‘What no eye has seen, what no ear has heard, and what no human mind has conceived’ — the things God has prepared for those who love him.”

Earlier this year, in an interview with CBN, he said that his foundation was his faith and his family.

His Love For Jesus

When asked what he loved most about Jesus, he said, “The greatest gift that God could’ve ever given us was his son! It’s not just a matter of hearing what Jesus Christ is. It’s a matter of getting to know who Jesus Christ is! To really understand and really feel the identity of who you are because of things that He’s done. And I’d say you can only find your identity through Him, if you know Him.”

Despite the injury, Tua is staying positive.

Moreover, Tua re-Tweeted an encouraging message from former Alabama running back Shaun Alexander: “My confidence in life is not in my gifts, abilities, awards or accomplishments. My confidence comes from my faith in Jesus. His plan is perfect. Every part of the plan is PERFECT. Love you Tuaman. Walk through this like you was built to. Finish the Game. A legend is being made.”