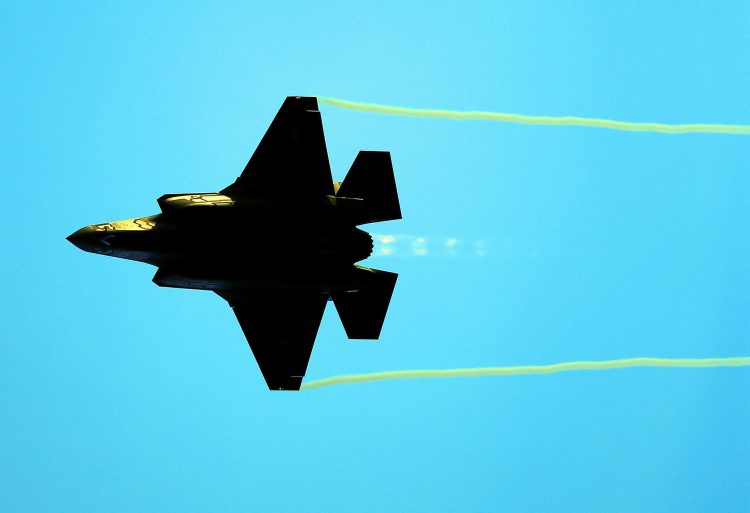 Syria’s official SANA news reported that the Syrian Army’s air defenses confronted an Israeli missile attack that targeted the T4 airport in the Homs region, claiming that it “shot down most of the hostile missiles.”

Material damage was caused to the site of the attack, the report said.

The Tiyas Airbase, Syria’s largest, is home to Iranian forces, the Lebanese Hezbollah terror organization and Syrian regime forces, and has been the target of multiple Israeli attacks in recent years.

The IDF, as in most previous incidents, has remained silent on the reports.

This is the second night this week in which the IAF has carried strikes in Syria.

The IAF on Monday night bombed targets in southern Syria, during which at least five were killed and several others were injured.

The Syrian Observatory for Human Rights (SOHR) quoted its sources in the country which reported that five Iranian-backed militiamen were killed, including three of non-Syrian nationalities, and more than 10 others were injured. The attack also caused “significant material losses” at the targeted sites.

The reported strikes occurred as the IDF is on high alert on Israel’s northern border in expectation of an attack by the Hezbollah terror organization. Hezbollah Secretary-General Hasan Nasrallah on Sunday again threatened to kill Israeli soldiers

The last strike in Syria attributed to Israel occurred at the end of July, in which a Hezbollah terrorist was killed. The IDF has been on high alert since.

In general, Iran’s military build-up in Syria remains a red line for Israel. The Israeli Air Force has carried out thousands of attacks to thwart the Iranian entrenchment in the war-torn country.

For just $100 per month you can bring the gospel to 10,000 homes. Join us as media missionaries! GIVE NOW
VIEW COMMENTS
« The Same Spirit That Raised Christ From The Dead Operates In You Vision In Rehab Brings Salvation To Drug Dealer »