‘For the Future of... the World’ Israel Will Not Allow Iran to Acquire a Nuclear Bomb | God TV
Israel 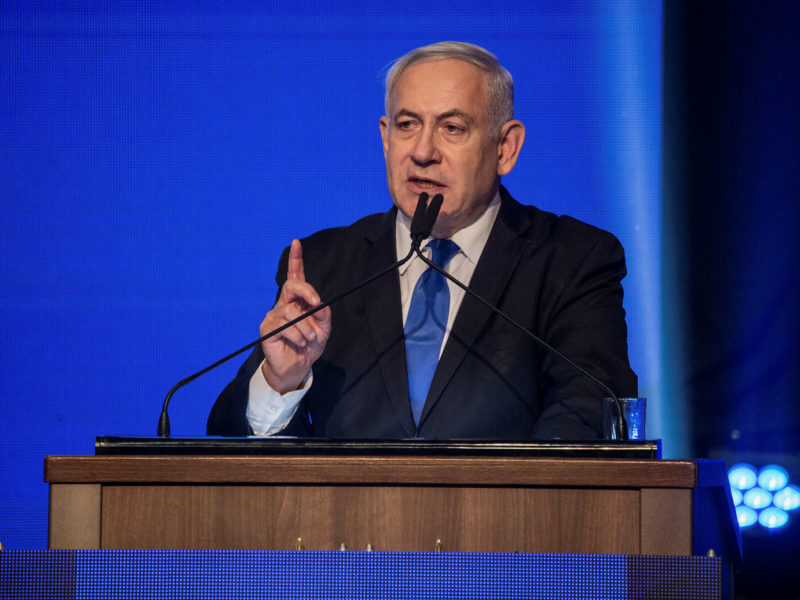 Israel will never allow Iran to nuclear weapons “for the future of the Middle East and the world,” Prime Minister Benjamin Netanyahu stated, hours after Tehran announced it was again acting to breach the 2015 nuclear deal.

Speaking at an event in Jerusalem on Tuesday night, Netanyahu stated that “given Iran’s efforts to expand its nuclear weapons program, expand its enrichment of uranium for making atomic bombs, I repeat here once again: We will never let Iran develop nuclear weapons.”

“This is not only for our security and our future; it’s for the future of the Middle East and the world,” he underscored.

Earlier in the day, Head of the Atomic Energy Organization of Iran (AEOI) Ali Akbar Salehi announced that the country will start production of 5% enriched uranium at the Fordo plant on Wednesday, as part of its decision to take another step away from the Nuclear Deal.

There are some as 1,000 centrifuges installed at the underground Fordo Fuel Enrichment Plant. Light water reactors require uranium to be enriched from 0.7% to 3-5% to make it useable as fuel.

While the US has withdrawn from the agreement, four European countries are still committed to it. This is the fourth time Iran has announced it is taking action to scale back the nuclear deal.

Iranian Foreign Minister Mohammad Javad Zarif said that Tehran’s step is a response to “disloyalties shown by the US and the European states” towards the agreement.

“Our response to US economic terrorism and blackmail is opposite of what Donald Trump was led to believe,” Zarif said on Twitter on Tuesday, adding that it was as “a remedy to US+E3 violations.”

A US State Department spokesperson stated that Iran has no credible reason to expand its uranium enrichment program, other than a clear attempt at nuclear extortion that will only deepen its political and economic isolation.”

“We will continue to impose maximum pressure on the regime until it abandons its destabilizing behavior, including proliferation-sensitive work,” the statement said.

For just $100 per month you can bring the gospel to 10,000 homes. Join us as media missionaries! GIVE NOW
VIEW COMMENTS
« UN’s Findings on UNRWA Corruption Shows We Were Right, Israel Says John Crist Releases Public Apology In Response To Sexual Misconduct Allegations »