BREAKING
Israel Has a New Prime Minister
Bennett Coalition Government Collapses, New Elections On Horizon—And The Return Of Netanyahu?
Rooftop “Glamping” Pops Up In Israel
STAND WITH UKRAINE
Home Video A ‘Forbidden Chapter’ In The Hebrew Bible? After Reading It, Jews Acknowledge Jesus As Messiah

A ‘Forbidden Chapter’ In The Hebrew Bible? After Reading It, Jews Acknowledge Jesus As Messiah 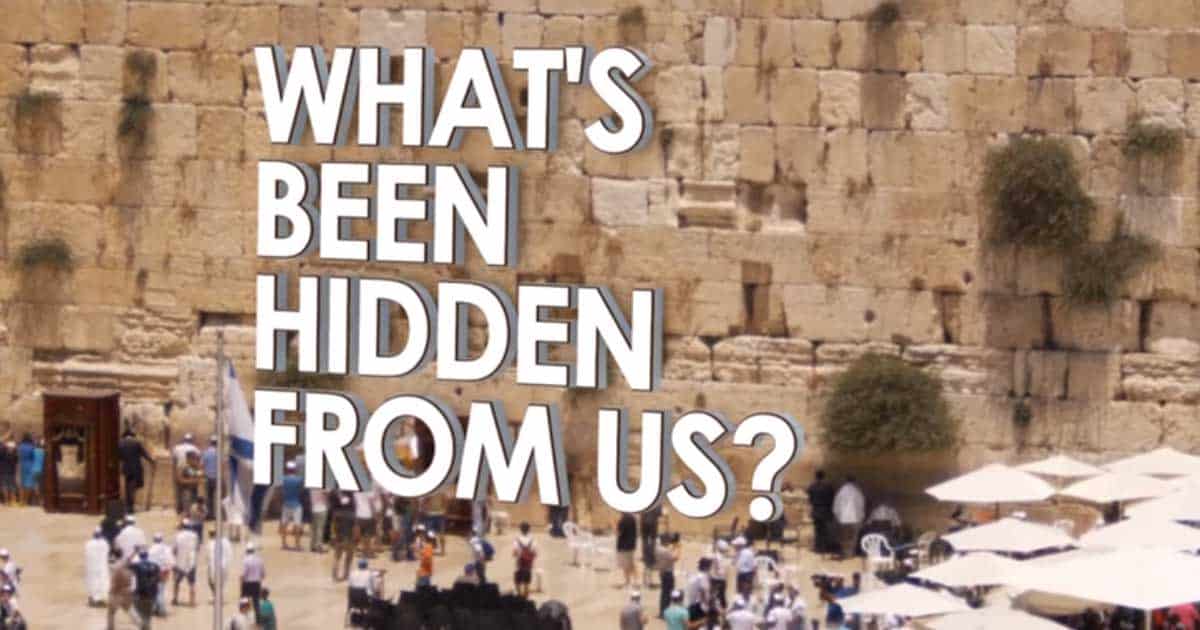 One of the reasons why Jewish people don’t believe in Jesus is because they claim that He didn’t fulfil the Messianic Prophecies. But do you know that there’s a “forbidden chapter” in the Tanakh (Hebrew Bible) that’s been hidden from many Jews all these years? This could change the lives of hundreds of thousands of Jewish people.

When Jews are asked to read the forbidden chapter in the Hebrew Bible, their reactions are priceless. In the video above from the Yeshua Project, it’s apparent that they acknowledge Jesus is the Messiah and that’s a rare scene!

Isaiah 53 used to be read in the synagogues as part of the Haftarah (yearly reading), but rabbis decided to take it out of the reading. Today it’s considered by many Jews as “forbidden”.

In the video above, when people are asked, “Have you ever heard about it?” most of their responses are, “I haven’t.”

People are curious about what has been hidden from the Tanakh and are quite prepared to read Isaiah 53 out loud. Most Jewish people have never read this chapter since it’s not read anymore in the synagogues. Yet Isaiah 53 is a very important prophecy about who the Messiah would be.

After reading the chapter, they realize the impact it brings. Here are some of their responses:

It’s amazing to see that people are coming to Christ, even when the truth has been hidden from them. Watch the video to the end to see a surprising twist!

The Yeshua Project was formed out of a partnership between Kehilat haCarmel, Heart of G-d Ministries, and Tree of Life Ministries. Its goal is to share the Gospel with Israelis through quality booklets, videos, and websites, and to equip Israeli believers to share the Gospel more effectively. Visit TreeofLifeIsrael.org to learn more.