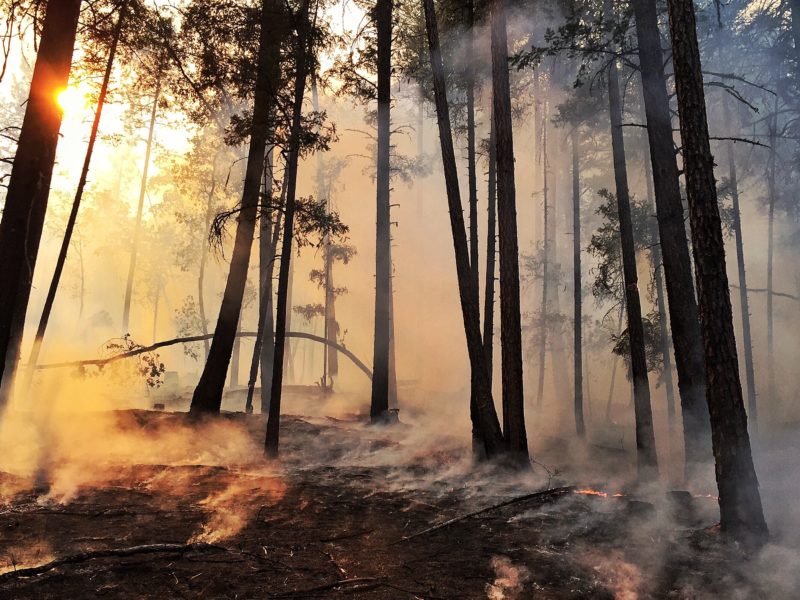 Two major forest fires struck the area around Jerusalem this afternoon. One was centered in the area of the Hatmar Binyamin military base near the settlement of Beit El. Another encroached upon Jerusalem, nearing the neighborhood of Kiryat Yovel.

For the last several hours, a large number of Israeli firefighters have been working to put out the fires. Israel is currently experiencing a week-long heatwave with temperatures in the Jerusalem area breaking the 35 degrees Celsius mark – almost 100 Fahrenheit. There have been a number of such fires in the forest around Jerusalem and the Judean Desert area over the years when there is a heatwave such as this.

The dry rain-free summer coupled with the extreme heat seems to be a combination for such disasters. There is no word at this time as to the cause of the fires. There have also been no reported casualties are injuries due to the blazes.

As of now, there has also been no report of any damage that might have occurred to private property.

Authorities, however, have reportedly asked some of the residents of Jerusalem’s Kiryat Yovel neighborhood to evacuate their homes as a precaution.

Israel Fire and Rescue Spokeswoman for Judea and Samaria explained that emergency reports were received about a large fire spreading in different directions, threatening the settlement of Beit El and a nearby IDF base. Many firefighters from the Binyamin Regional Station were dispatched and are currently working on putting out the fires. Aid from the Binyamin Regional Council arrived to offer further assistance to the firefighting and emergency units in the area.

More units were called and were said to be on their way to the area in recent hours. There were reports from the area that it is covered in smoke.

Deputy Chief Ido Peretz, Binyamin Region, stated: “This is a large fire that is spreading in several directions. At the moment, the fire crews are carrying out actions to contain and stop the spread of the fire to the settlement of Beit El and towards the base in order to minimize any damage to life and property.”

At this time the fires have yet to be put out.

For just $100 per month you can bring the gospel to 10,000 homes. Join us as media missionaries! GIVE NOW
VIEW COMMENTS
« Israel, US, UK Blame Iran for Lethal Suicide Drone Attack of Israeli-linked Commercial Ship Growing Up – Finding The Strength You Didn’t Know You Had »