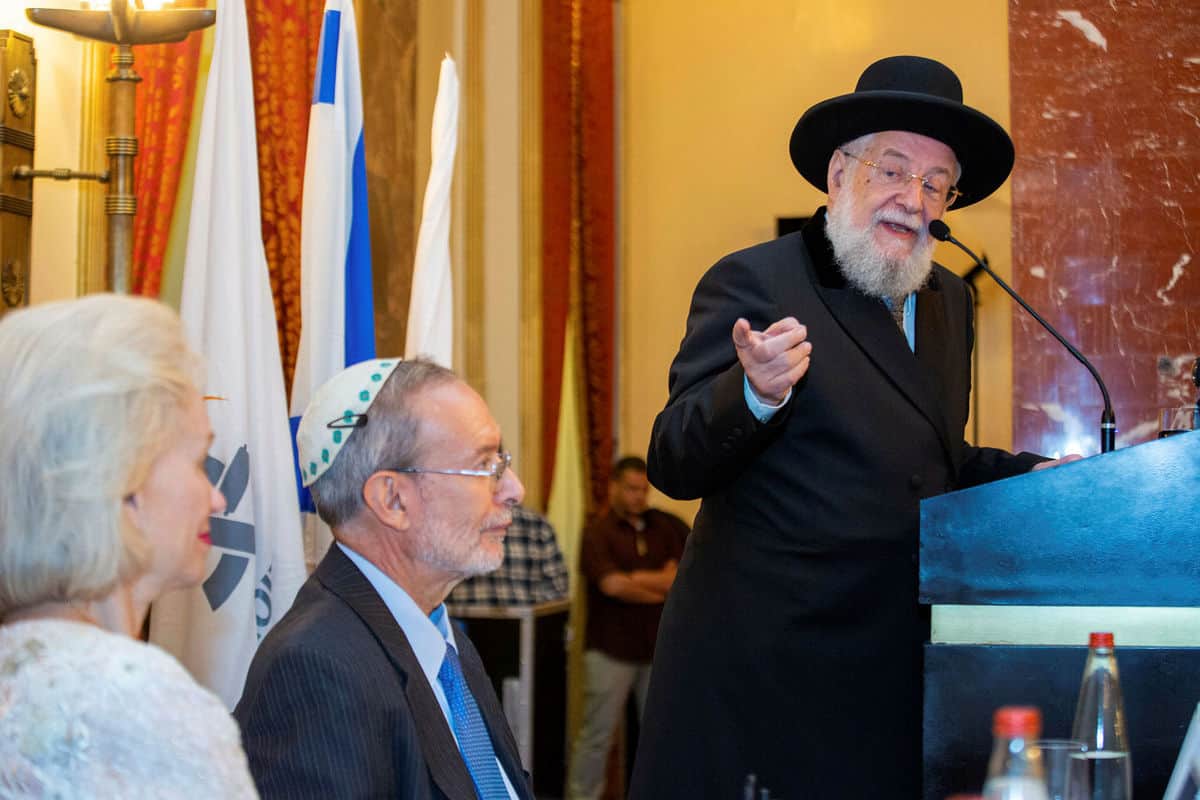 Speaking to TPS by phone as Prime Minister Netanyahu continued trying to minimize the political fallout at home sparked by the publication of a joint statement with Polish Prime Minister Mateusz Morawiecki last week in a range of leading international newspapers, including Israel’s Haaretz, Lau said that Poland alone created the controversy via a lack of foresight.

“The whole thing stems from a mistaken comment by President Obama,” Lau said, referring to the former US president’s reference in 2012 to “Polish death camps.”

“But Obama apologised and said he misspoke. That should have been the end of it. And if the Poles had just let it go, it would have been. It’s correct that the camps in Poland were the product of Germany.

“But they wouldn’t let it go, and that breathed life into the whole issue. Nobody would have spoken about Kielce. No one would have spoken about Yebvane (two pogroms that took place in Poland after the end of World War II. Dozens of Holocaust survivors were killed by their non-Jewish Polish neighbors). If the Polish government would have condemned Obama’s statement and forgotten about it, the issue would have been put to rest then and there,” said Lau, who was born in the town of Piotrków Trybunalski and survived the Buchenwald concentration camp together with an older brother after their parents were murdered.

At the same time, the rabbi noted that Poland’s assertion that Poles were also victims of a brutal Nazi occupation, and added that Yad Vashem has recognized more Poles as Righteous Gentiles for working to save Jews during the Holocaust than any other country. But he said that Poland’s attempts to whitewash the country’s wartime history by overstating the contributions of everyday Poles to save Jews only serves to highlight the country’s moral failing at the time.

“It’s true: Thousands of Poles went put themselves in danger in order to save Jews,” he said. “More than 6,000 people from Poland have been recognized as Righteous Gentiles, more than any other country.

“But the population of Poland at the time was 21 million, the overwhelming majority of whom either did nothing or even collaborated with the Nazi killing industry. It’s true, the Poles did not build death camps, but there is a reason the Nazis built all six of their death camps – Auschwitz/Birkenau, Chelmno, Treblinka, Majdanek, Sobibór and Belzec – on Polish soil,” Lau added. “The thousands of Righteous Gentiles were not the rule. They were the exception that proved the rule.”

Rabbi Lau repeated his criticism of Prime Minister Netanyahu’s joint statement with Mateusz Morawiecki, published last week in a variety of international media, including Israel’s Hebrew-language Ha’aretz daily, and called on the premier to correct the statement to bring it in line with the “solid history.”

Netanyahu, for his part, said the government’s negotiations with Warsaw were intended to press the Polish Sjem (parliament) to annul clauses in the law that could have threatened the integrity of Holocaust research, and insisted that that goal had been achieved.

But the premier also noted he has taken into account the anger expressed from many quarters around the country since the agreement was announced and said he would give expression to those concerns. Over the weekend, Netanyahu attempted to minimize the political damage at home by filing a complaint with the Polish government over the publication of the ad.

Among other issues, Yad Vashem rejected the equation of anti-Polish sentiment with anti-Semitism, calling terms such as ‘anti-Polonism’ “fundamentally anachronistic” that have “nothing whatsoever to do with anti-Semitism.”

In addition, over the weekend, the Education Ministry issued new instructions regarding the teaching of the Holocaust in Israeli high schools, requiring students to study  attitudes of the Polish people towards the Jews during the Holocaust. The topic was previously considered an elective subject.