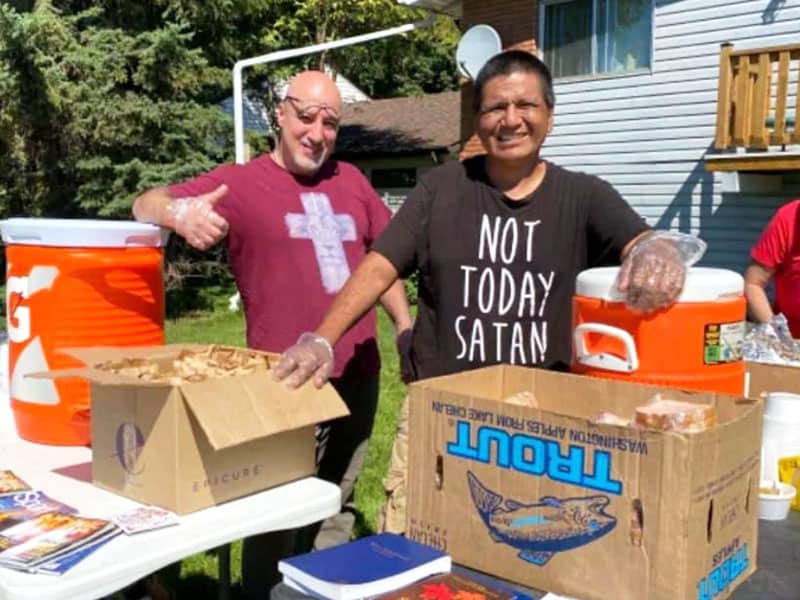 A former drug addict in Canada spent his salary on Saturdays to feed the homeless and the needy.

Growing up in an abusive environment, Dale Desjarlais struggled as a child. He was “physically and sexually abused,” and its trauma resulted in him coping with drug and alcohol addiction. Moreover, he lived his life full of hatred and unforgiveness. Not until Jesus rescued him from such a lifestyle and redeemed his life. 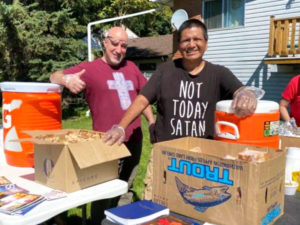 Today, 25 years later, Dale continues to remember God’s goodness and mercy in his life. That whenever he sees people struggling, he can’t help but go the extra mile to lend a hand to others. And now, living a redeemed life through Jesus, Dale spends his money to feed the homeless and the needy. He believes that even with his small gesture, he could help these people heal and recover.

“When I see the homeless and how they’re out of it,” he explained. “And the people that are struggling, that don’t have God … I feel sorry for them.”

He also stressed that he knows how they feel because he knows “feels to be hungry or have to go without food for two, three days,”

Further, Dale shared that people feel grateful and honor him whenever he does charity work. But he responds to them, ‘No, Jesus loves you guys. It’s not me. I’m just His hands and His feet.'”

Apparently, Dale has been blessing the homeless in Edmonton’s downtown for two years already. He has a small team of volunteers with him on Saturdays after receiving his salary. They give out “bannock and soup along with other food people have donated.”

Also, despite the free foods being “little” and “not enough,” they continue to do the generous act. One of the volunteers, Cheryl Williams, said, “I’ve been there and I will never forget where [help] came from.”

“It doesn’t matter what level of the ladder you’re on, people need people. And we need to strive for that support and that unity as a community.”