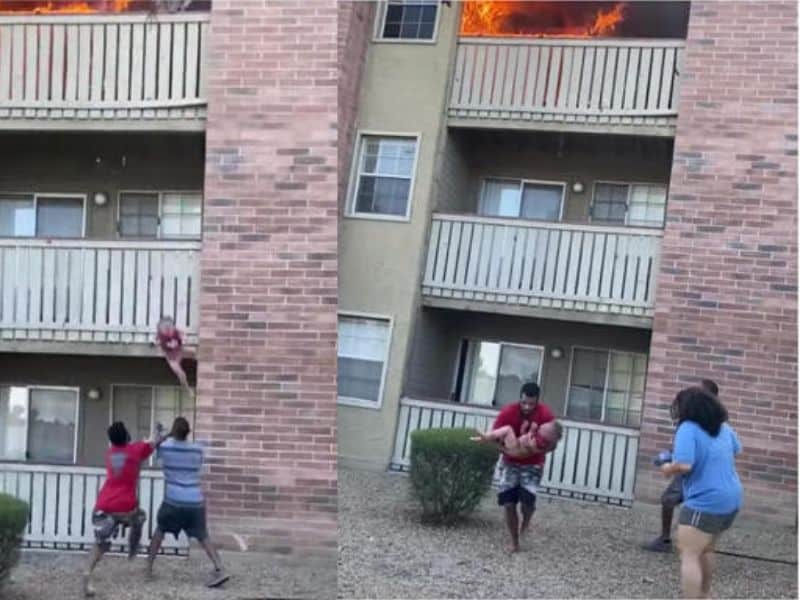 A former U.S. marine and football player responded quickly to the cry of a desperate mother. He dove to catch the toddler thrown by the mother from the balcony of their burning apartment.

LIFESAVING CATCH: Eyewitness video shows Phillip Blanks – a former college wide receiver – sprint to the scene of a third-floor apartment fire in Phoenix before catching a small child thrown from a balcony; the mother of the child did not survive. https://t.co/CyIuiva87p pic.twitter.com/egzOxE5bFr

Philip Blanks’ experience as a former high school football player and U.S. Marine definitely helped in the July 3 fire accident in Phoenix, Arizona. He played as wide receiver for Kalamazoo Central High School. With regards in his impulse to help, he said, “I can definitely [give] credit to the Marine Corps for instilling this good training in me to save a life. I don’t see myself as a hero. A person trained to do my job is trained to protect people.”

The 28-year-old told WWMT that he was at the compound waiting for his friend for their regular morning workout session when he heard the uproar. 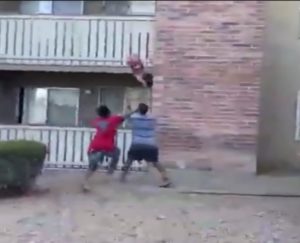 “People were screaming ‘there are kids up there’ and to throw the kids down,” Blanks recalled. “I saw another guy was standing there ready to catch the boy, but he didn’t look like he was going to do it, so I stepped in front of him. The way I caught him, I fell on my side, and of course damaged his foot, but the most important thing is that his head was safe.”

The video showed how Blanks jumped to receive the 3-year-old identified as Jameson. Fortunately, he caught the child and then ran away from the burning building.

But Blanks said in one of the local news outlet, that the mother, Rachel Long, was the real hero. “She’s the real hero of the story because she made the ultimate sacrifice to save her children.”

Long was seen in another recording going back inside the fire to fetch her 8-year-old daughter. Thankfully, another Good Samaritan rescued her. But despite Long’s attempts, she did not survive the fire.

“She had the strength and the courage to get them outside – that’s powerful,” Blanks said. “To be in that type of situation and still care about life, not yours, that’s very strong of her. She’s a warrior.”