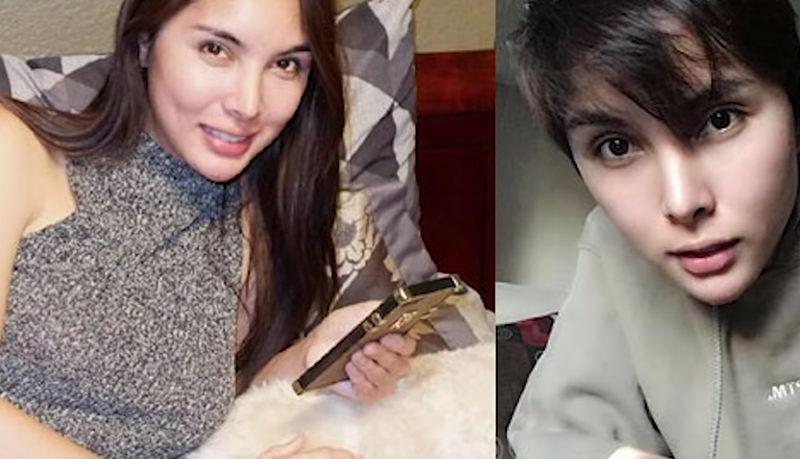 Mark Estephen Oblero, formerly known on screen as Sabel Gonzales in GMA Network’s “Eat Bulaga!, Super Sireyna Queen of Flowers” has taken the Internet by storm after posting a picture of his changed self.

He says: “I found my true happiness in life from our Lord Jesus Christ. Only God can change you and me… so accept and follow Jesus now as your savior and repent from your sins. He is the only way, the truth and the life to be with the Father and to be in Heaven.”

Mark was a Filipino transgender woman who became one of Miss International Queen Pageant’s Top 10 semi-finalists in March 2017 in Pattaya, Thailand. Due to his popularity, he also became part of a transgender-only modeling agency, SLAY Model Management.

The price of being me

In 2016, Mark made a documentary-style advertisement where he spoke about losing a job, losing a friend, and a family, spending $12,000 and undergoing nine operations in order to become the woman he desired to be. He called it, “the price of being me”.  Who would have thought that this is what we would later hear from him?

After becoming a follower of Jesus, Mark decided to change back to his original gender and is now living as a man again.  He testified through his post how God has changed him, quoting a verse from the Bible: “Therefore, if anyone is in Christ, he is a new creation. The old has passed away; behold, the new has come.” (2 Corinthians 5:17)

Mark also thanked everyone who have supported his decision: “Thank you for all the support.  Only God can change us. God is transforming me for His will in my life and I know that I was born as a man, that’s the creation of God…I realized that I just created an idol in my own desire, but not God’s desire.  Now, I surrender my life to Him.  All glory to God. 🙏🏻”

Credit: Mark Stephen via Christ Jesus The Only Way // Facebook

Philippine Congress Poll: Are you in favor of the proposal in the House of Representatives which legalizes same-sex unions as civil partnership in the country?

You can cast your vote here: http://www.congress.gov.ph/

For just $100 per month you can bring the gospel to 10,000 homes. Join us as media missionaries! GIVE NOW
VIEW COMMENTS
« ‘Voices of Lee’ Performs a Powerful A Capella Version of ‘Reckless Love’ Live Your Dream »