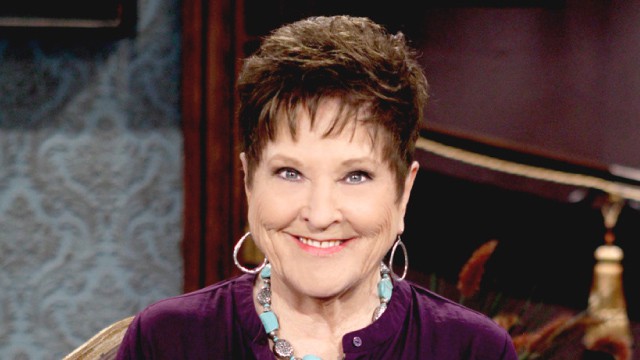 What does the Bible, a television series, a Church and a Prayer Mountain all have in common?

Dr Billye Brim has been unlocking Biblical Prophecy for over 40 years. NOW she brings her “Prophetic Witness” series to GOD TV, every Wednesday at 6 pm EST and globally the same day and time in your region, beginning on March 20th 2019.

Dr Brim relies on God’s Word and His Spirit to guide her and since her ordination in 1980, she has literally ministered around the world several times over. Her ministry includes: writing, teaching, preaching, radio and television. Founding, along with her husband, a local church in Collinsville, OK she pastors a glorious church fellowship and this church remains the base for other ministry outreaches such as: Prayer Mountain in the Ozarks in Branson, MO, and the Migdal-Arbel Prayer and Study Center in Israel.

“Helping Pray-ers” is a God-given directive in her life. Dr Billye Brim now invites you to dive into the scriptures with her.

GOD TV is pleased to be able to bring this cutting edge, End-Time prophetic television series to its partners and viewers around the world. For such a time as this.

There is so much turmoil in the nations of the earth. The world needs to understand the Biblical principles at work and in play and more importantly how to pray. Tune in, find out God’s End Time Plan for the Jews, Nations and the Church and see how current events fall into line with what was already foretold thousands of years ago. Beginning on March 20th and every Wednesday at 6 pm. Be sure to tune into “Prophetic Witness” with Dr Billye Brim.

Messianic believer, Jeffrey Levinson has worked at GOD TV in Orlando, Florida for several years. He works closely with the many ministries featured on the network and oversees special projects. He has appeared on God Today and can often be seen blowing the shofar on LIVE broadcasts.