BREAKING
Israel-led Team Solves Mystery Why Lightning Strikes Fewer Times Over The Ocean...
Tourism In The Holy Land Is Soaring Back Up To Pre-Pandemic Highs
Lapid Speaks Directly To Palestinians—Offers Them “Another Way” Out Of The Ongoing...
Home Faith Francis Chan Drops a Truth Bomb Responding to Jehovah Witnesses Claim “God Doesn’t Listen to Everyone’s Prayers” 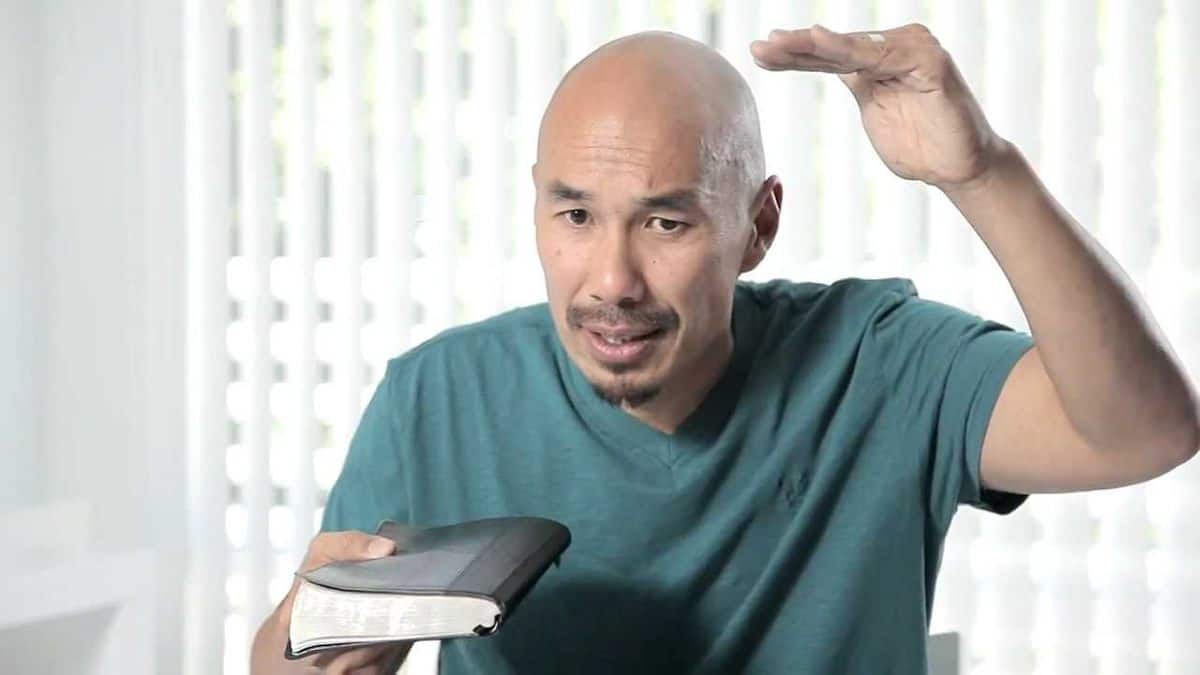 Oftentimes, our default setting is to only connect with other humans when it fits into our schedules. But when our schedules are so full, it leaves little time to reach out to others and share the Gospel. There’s simply no time for spontaneity, even with others approach us wanting to have a faith discussion.

It happens to most of us at least once a year. Two Jehovah’s Witnesses knock insistently at the door, asking to have a conversation about faith. But their insistence is intimidating, and besides we don’t have time. So we politely shut the door.

What a missed opportunity, says renowned pastor and speaker Francis Chan. He will absolutely blow your mind with the infectious enthusiasm he displayed during his recent encounter with two Jehovah’s Witness. After hearing his story, you will never approach faith conversations the same way again.

Chan has the same adult responsibilities and demands on his time as everyone else – and with his public stature, perhaps even more so. One morning as he was doing some yard work, two female Jehovah witnesses approached him, eager to share their faith as they already had with many others. But they had never encountered a soul that was as on fire for God as Francis Chan’s.

He abruptly stopped working, ready and willing to have a faith conversation. After all, these were two humans just like him who desperately need God’s love and hope. He enthusiastically asked if he could share how God has answered his prayers in the past week. As he shared, the women looked at him skeptically, finally protesting, “But God doesn’t answer everyone’s prayers.”

He responded that they were indeed correct. God doesn’t answer the prayers of the prideful, doubtful, or the unfaithful – it says so in the Bible. But God does answer Francis Chan’s prayers because he is humble and faithful. He awed them with his stories of answered prayers. Not knowing how to respond, they quickly left him.

The Pursuit of Lost Souls

However, Francis Chan was not done sharing God’s love with these women. He asked if he could walk beside them down the block. And then he continued the conversation. His passionate pursuit of lost souls is an example for us all.

Chan encouraged the women to open the Bible and read it for themselves, rather than relying on a “translator” or “interpreter” of sorts. Jehovah’s Witnesses believe that only faith leaders should attempt to read the Bible on their own. But Chan emphasized, “This is YOUR OWN ETERNITY. Read the Bible for yourself.”

Fix Your Eyes on the Unseen

Who knows whether these Jehovah’s Witnesses had a spiritual awakening or transformation. Everyone is on a unique faith journey. Chan wanted to plant the seeds for further inquiry and reflection, and he did just that.

What’s incredible about Chan’s story is that he didn’t let time demands, his own schedule, or the fear of rejection get in his way. Although the women weren’t thrilled to hear the Truth, he knew they needed to hear it. He was less concerned about his own feelings getting hurt and more concerned about eternity.

You will always have demands on your time

And likely the fear of rejection will never leave you. But what do you value more – things of this world or the Kingdom of God, the seen or the unsee? Fix your eyes on what is unseen, and you will have the all-consuming exuberance and passion of Francis Chan.