From Another Perspective | God TV
Articles 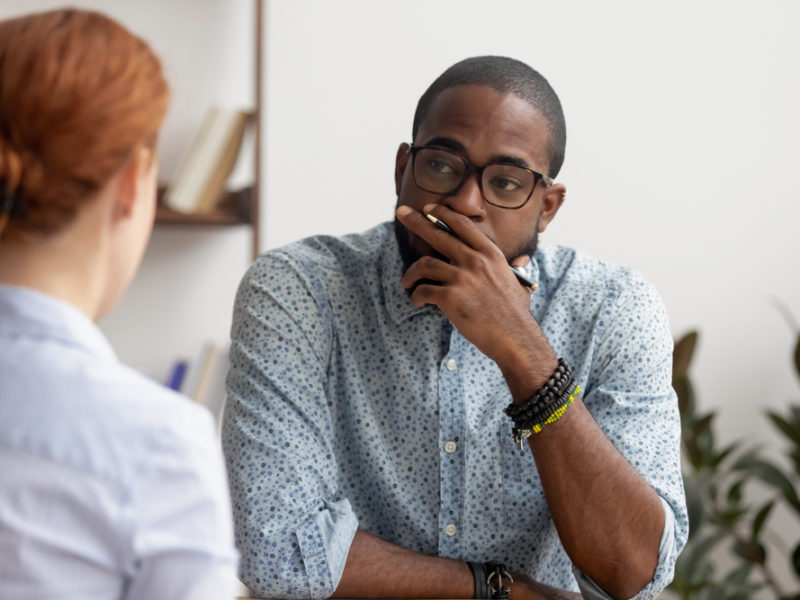 “You judge by human standards; I pass judgment on no one. But if I do judge, my decisions are true, because I am not alone. I stand with the Father, who sent me.” (John 8:15-16 NIV)

Perspective is determined by our beliefs, experiences, and life choices. Sometimes we can never see things from another’s perspective because of our preconceptions.

Have you ever come out onto your porch the first time in the morning and run into a spider’s web? You frantically rub your hands over your face to get the cobweb out of your eyes and mouth. You encounter this web two or three times in the same week and become so frustrated you get a broom and start to destroy the whole massive entanglement. You even begin to look for the source of your problem to end the life of this fiendish little insect.

Have you ever thought about this situation from the spider’s point of view? This little insect works all night faithfully creating his web material and then shooting strands of it skillfully across the porch to build this perfectly designed geometric structure. In a second or two, a human comes along and destroys all his labor for that evening. This little creature is just doing what God created him to do, build spider webs. If you were a spider, how would you feel about this scenario? I don’t think the spider feels anything, and it goes on merrily making another web, not so with humans. I am suggesting to you that people, even in the church, have conflict because it is difficult to see things from another’s perspective.

Someone once said I have my mind made up, don’t confuse with the facts. We all judge by human standards and at least, in part, imperfectly. God never gives all the truth to any one part of the Body of Christ. Admitting this to be true is the first step in seeing things from another’s perspective.

The basis of all truth is God’s Word, yet good people do sometimes disagree about the interpretation of various things stated in the Bible. Someone once said, “In the Bible, the main things are the plain things, and the plain things are the main things.” Certain truths in the Bible can never be compromised, such as the means of our salvation and the nature and the character of God.  Other biblical issues have been discussed for centuries, such as the sovereignty of God and free will of man. You can make a biblical case for both of these seemly contradictory theological issues. Maybe, what God has not revealed plainly, we should not try to define completely.

Augustine taught that we must have unity in the essentials of our faith. You cannot change the plain things. In the non-essentials, we can have the diversity of thought, but, according to Augustine, the freedom to disagree only works if you have love in all things.

In the eighteenth century, two famous preachers, George Whitefield, a Calvinist, and John Wesley, an Arminian, had great debates about free grace and divine election. Each of them argued their theological point vigorously. After Whitfield’s death, a woman asked Wesley if he thought he would see Whitfield in heaven. After a long pause, Wesley said, “No, madam. Do not misunderstand me, madam; George Whitefield was so bright a star in the firmament of God’s glory, and will stand so near the throne, that one like me, who am less than the least, will never catch a glimpse of him.” Christian unity is not about the meeting of the minds, but that of our hearts. Only then will be able to see things from another’s perceptive.

The next time you have a conflict with a brother or sister in Christ, try to put yourself in the place of the spider and see it from another’s point of view.

For just $100 per month you can bring the gospel to 10,000 homes. Join us as media missionaries! GIVE NOW
VIEW COMMENTS
« This Is How God Uses Miracles Today Israel Rejects Report it was Spying on White House »