BREAKING
Israel Has a New Prime Minister
Bennett Coalition Government Collapses, New Elections On Horizon—And The Return Of Netanyahu?
Rooftop “Glamping” Pops Up In Israel
STAND WITH UKRAINE
Home Faith From History To Hope: Christ At The Crossroads

From History To Hope: Christ At The Crossroads 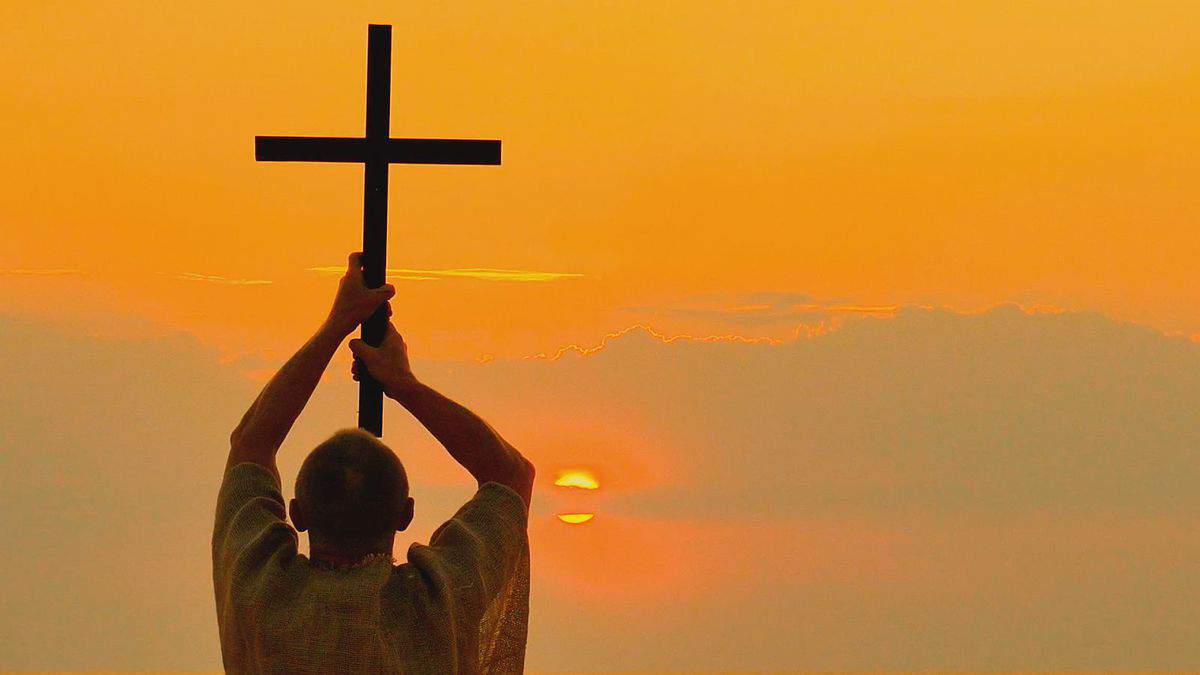 Premiering on GOD TV on Friday, November 22 at 9 p.m. on all international platforms is a new 7-Episode Series called, “From History to Hope.” My name is Carl Wesley Anderson, and I am the Director of a brand new documentary film Series airing now on GOD TV! I love to tell stories of our brothers and sisters in Salvation-History in order to build our faith in the present and give us all hope for the future.

Jesus Christ is at the very center of all human history!

For Episode 1, I visit the ancient Celtic lands of England and Ireland.

Why did I begin my new Series there?

I began pursuing my calling at the age of 22 as a missionary evangelist & filmmaker in the south of Ireland, where I soon learned that the ancient Celtic Christians had a very unique approach to sharing the Good News.

They would build whole communities of monks and nuns in the midst of the pagan darkness, to shine the light of Christ and share His love in those places.

There are passionate 24/7 worship and prayer gatherings. They have “dispelled the darkness” by simply “being” the light of Christ to people.

In the opening episode we will begin our journey of discovery together through looking closer at the Celtic Christians as I believe we need authentic expressions of our faith and outreach in a society that has lost its way. 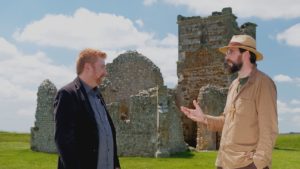 I interview three different Celtic historians who give us a unique perspective about the “cooperative transition” that the Celtic missionaries brought to these lands vs. the “corporate takeover” approach that Rome utilized after the legalization of Christianity through Constantine in the 4th Century.

You will learn about their gentle and sensitive approach to outreach. Additionally, you will see the presentation of the Christ who was the King who has conquered all fear through His sacrificial death on the Cross and His resurrection.

They carried the presence of the Spirit in power and transformed the paradigm of the frightening spiritual world of the Druids by dispelling all fear in Jesus’ name.

FROM HISTORY TO HOPE Series on GOD TV

Evangelistic Influence: From History To Hope

In this Episode we will meet St. Patrick and St. Brigid, 2 of the most influential and well-loved evangelists of their day. You’re probably familiar with Patrick. But did you know that Brigid herself ran an immense double-monastery, consisting of both monks and nuns? She was a powerhouse for God!

“It has sometimes been claimed that half of Europe was converted by Christians who lived the contemplative life,” shares John R. Walsh. “Wherever a monastery was founded in virgin soil, it became the first Christian community of a new province acquired for the Kingdom of God.”

For a modern application of these truths, I also travel to Minneapolis, Minnesota USA, where we will meet Peter & Jessica Wohler, directors of Source, a Ministry that is impacting one of the most socially diverse neighborhoods in all of Minnesota.

More than 100 languages are spoken within two blocks of their ministry base.

They are a modern-day “Celtic Christian Monastery”. Additionally, they are reaching the unreached and disenfranchised youth, ministering to the poor, and rescuing women caught in sex trafficking.

They even have a 24/7 prayer and worship expression. Pete Greig of the 24/7 Prayer Movement has been a great influence.

We’ll hear Jessica say, “Jesus loved to love, so I also love to love all those around us…”

Tune in to GOD TV’s From History to Hope

Get ready to meet Christ where He lives today and is transforming lives…at the Crossroads of culture!

“I simply argue that the cross be raised again,
at the centre of the marketplace
as well as on the steeple of the church.
I am recovering the claim that
Jesus was not crucified
between two candles,
but on a cross between two thieves;
at the kind of place
where cynics talk smut,
and thieves curse, and soldiers gamble.
Because that is where He died,
And that is what He died about.
And that is what church people ought to be about.”
― George MacLeod

For more information and details of all seven episodes please visit Born to Blaze.