BREAKING
Israel-led Team Solves Mystery Why Lightning Strikes Fewer Times Over The Ocean...
Tourism In The Holy Land Is Soaring Back Up To Pre-Pandemic Highs
Lapid Speaks Directly To Palestinians—Offers Them “Another Way” Out Of The Ongoing...
Home Articles From Morocco to New Zealand: Jews from 60 Countries Participate in Yom Hazikaron Ceremony

From Morocco to New Zealand: Jews from 60 Countries Participate in Yom Hazikaron Ceremony 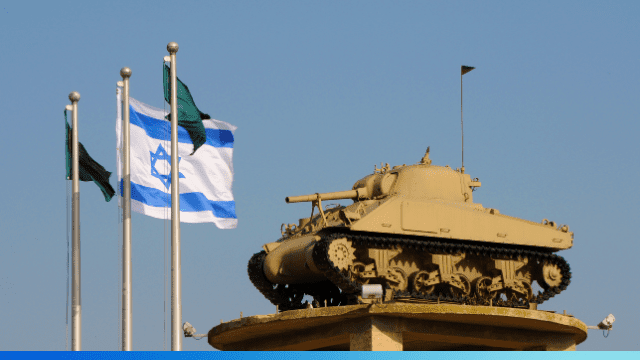 A special Yom HaZikaron ceremony was held on Tuesday night by the Jewish Agency for Diaspora Jewry which was attended by participants from 60 countries around the world.

The ceremony centered around the story of soldiers and civilians who came to Israel from all over the world and fell while serving the IDF or were killed in terror attacks.

This ceremony is the largest in Israel in English and is geared toward Diaspora Jewry and the Olim (new immigrant) communities in Israel.

The ceremony, broadcast in English, was translated into Hebrew, French, and Russian and broadcast live to hundreds of thousands of Jews around the world, including in the US, Canada, Britain, Australia, New Zealand, Turkey, Morocco, South Africa, Brazil, Argentina, and Former USSR countries.

In addition, thousands of participants in programs in Israel gathered to watch the ceremony in five centers in major cities around Israel.

The ceremony included clips about those who fell in Israel’s wars and in terror attacks, with an emphasis on lone soldiers from Diaspora Jewry.

Benji Singer, The brother of Alex Singer who was killed while serving in Lebanon, recited the Kaddish. Memorial candles were lit against the backdrop of flags from countries around the world.

The chairman of the Jewish Agency Isaac Herzog said at the ceremony that “tonight we will follow in the footsteps of the lone soldiers who gave their lives so that we can live here. We will tell their stories and shed a tear with their relatives, whose lives will never be the same again.”

Ofer Gutman, CEO of the MASA program, said that this unique ceremony allows the participants “to be true partners in the powerful event in the life of every Israeli – and to connect more deeply to the roots of this country and people.”