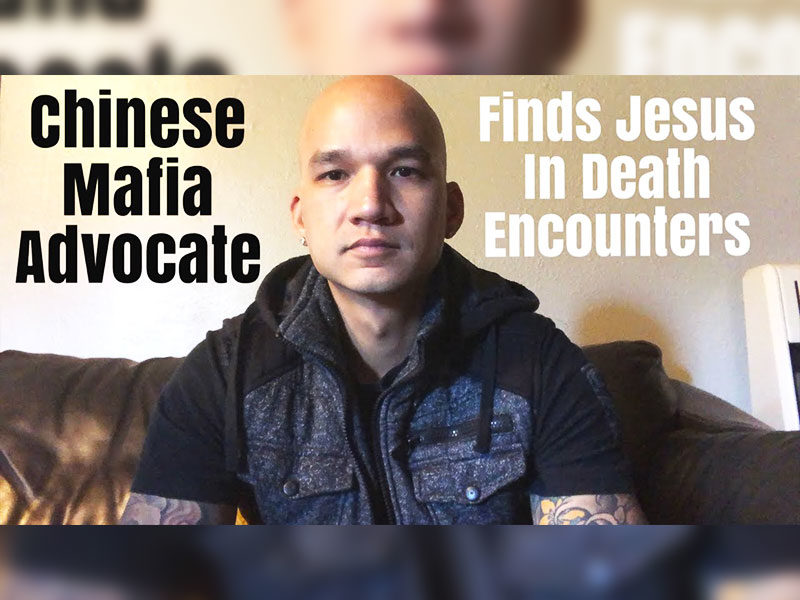 A gangster of a Chinese mafia found Jesus on his deadly encounters after challenging Him to heal him in three days.

Choby Siau became a member of a Chinese triad at 13-years-old. At a very young age, he found himself in a violent environment because of his painful experiences.

Having A Learning Disorder

The former gangster grew up having a condition called dyslexia. It is a “learning disorder that involves difficulty reading due to problems identifying speech sounds and learning how they relate to letters and words,” according to Mayo Clinic. And because of Choby’s learning disorder, he found studying difficult.

Choby is multi-racial, his father being Singaporean Chinese, and his mother a Polish American. He grew up in the church but admitted he never had a personal relationship with God.

Blaming God And Becoming A Gangster

At 11 years old, his family moved to New Zealand. That’s when his younger brother and he suffered racism. Because of the verbal and physical abuse they both experienced, Choby learned to fight to defend themselves. As a result, he blamed God for allowing bad things to happen to them.

When he was 13 years old, their family moved to Penang, Malaysia where things got worse. He always ranked lowest in school and eventually got kicked out. And because he couldn’t study, he felt abandoned by God. So he synced himself deeper underground and became a full-time gangster for many years.

Until one day, after they moved back to America, he caught his girlfriend cheating with someone he knew in Malaysia. When he decided to leave and fly back to Malaysia, his mom waited outside the door for him.

“Son, I don’t know if I’ll ever see you again. I told God, Lord do whatever it takes in his life to get him on track,” she told him.

Then those words left a deep impression in Choby’s heart. That on his way back to Malaysia, God spoke to him on the airplane. And he challenged Jesus to heal him in three days.

Over the next few days and weeks, he had life and death situations that every time he called upon the name of Jesus, He showed up. Then his eyes were opened of the reality of God. Those deadly situations changed his life forever. Later on, he gave his life to Jesus, quit the Chinese triad, and even shared Jesus to his co-gangsters. God even healed his dyslexia!

Watch his tearjerking testimony in the video below.

ALSO READ: Addict Set Free When He Called Out To Jesus

For just $100 per month you can bring the gospel to 10,000 homes. Join us as media missionaries! GIVE NOW
VIEW COMMENTS
« Adorable Video Of Grandfather And Granddaughter Hiking While Declaring Jesus’ Glory Goes Viral The Joy Of The Father’s Heart Is The Most Important Thing In The Universe »