Garrett Goodwin is a Christian Musician who currently lives in Nashville, TN.  Garrett was part of the Brownsville Revival.  He developed into a world class drummer.  After his time at Brownsville, Garrett then moved to Nashville, TV to play in the Christian Rock Band, By The Tree.   Once that season of his life ended, Garrett became the youngest drummer to play for a major country artist.  Garrett has been playing with Carrie Underwood for over a decade.  He gives all the glory to the Lord for his success. 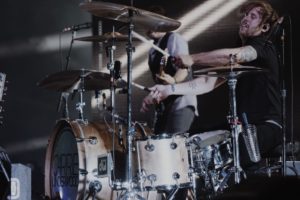 Garrett has become has launched multiple businesses.  His latest venture is GuitarRatings.com and DrumRatings.com.  Garrett has launched these sites to help people buy musical instruments and music gear.   He has partnered with many different professional musicians to build the rankings.   Because he has already launched, You can see one of the reviews here: https://guitarratings.com/best-beginner-electric-guitar-amps/

Garrett’s advice to anyone trying to make it in the music industry is simple: Put God first and to make sure that your choices are honoring to HIM!  It is amazing to see our Christian brother making huge waves in the Nashville music scene.  Go Garrett!  As a result, Garrett has become the go to Christian drummer in Nashville.

For just $100 per month you can bring the gospel to 10,000 homes. Join us as media missionaries! GIVE NOW
VIEW COMMENTS
« Restaurants, Pools Open in Israel as COVID-19 Restrictions Eased Will He Be Invited In This Time? »