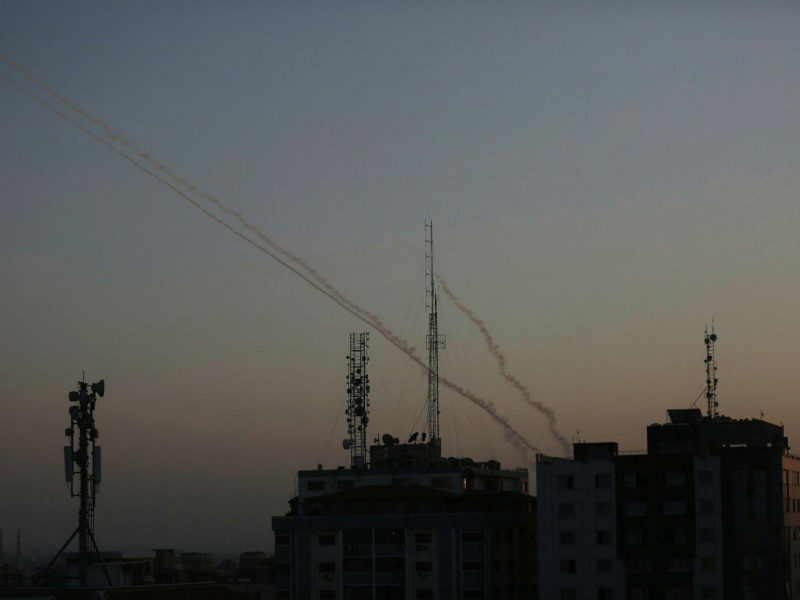 Gaza-based terrorists on Wednesday afternoon launched four rockets at Israeli communities in the south, setting off sirens in several communities.

The IDF stated that four rockets were fired toward Israel, and two were intercepted by the Iron Dome defense system. The two other projectiles exploded in open space. No one was injured and no damage was caused in the attack.

Local residents told TPS they heard explosions after the sirens went off.

This is the first rocket attack on Israel from Gaza in 2020. The last attack occurred at the beginning of December when terrorists fired three rockets at the city of Sderot, setting off sirens in the city and in surrounding communities. The Iron Dome defense system intercepted the three rockets.

No one was injured by the rocket and no damage was caused by the attack. Several people were treated for shock.

In response, the Israeli Air Force (IAF) carried out a series of attacks on Hamas terror targets in the Gaza Strip.

Terrorists have launched some 40 rockets at Israel since the IDF’s operation in Gaza in November which commenced with the assassination of senior Islamic Jihad commander Bahaa Abu al-Atta and during which some 25 terrorists were killed and over 450 rockets were fired at Israel.

For just $100 per month you can bring the gospel to 10,000 homes. Join us as media missionaries! GIVE NOW
VIEW COMMENTS
« 3 Steps To Supernatural Strength In Impossible Situations PA, Hamas Fight in Oman Over Who Really Represents Palestinians »