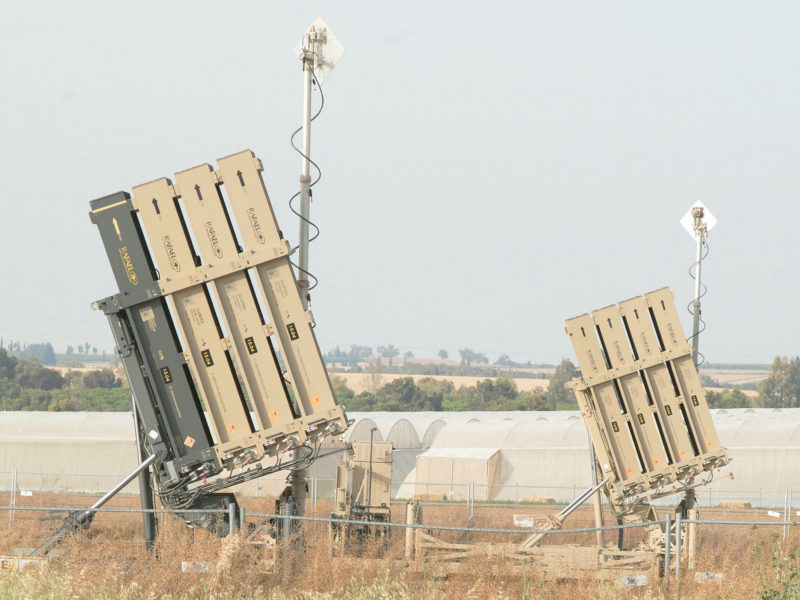 Gazan terrorists on Thursday launched rockets from the Gaza Strip into the sea, setting off a false alarm in the vicinity of the city of Ashkelon.

An IDF Iron Dome battery identified the launches and sent out interceptors which missed their mark.

The IDF stated that “a warning was triggered in the northern part of the area near Gaza following an incorrect identification. Alert systems operated as required, air defense fighters launched interceptions at targets in accordance with policy.”

The rocket launches were apparently part of Hamas’ ongoing tests of its weapons systems. Hamas has been working to accelerate the rockets’ flight speed, the pace of fire and extend their range with the intent of overcoming Israel’s Iron Dome Defense system.

The Hamas and Islamic Jihad terror group carried out a 60-hour attack on Israel in May, during which they fired some 700 rockets at Israeli cities and towns.

Hamas has bragged that its new launching capabilities “can embarrass and challenge the Iron Dome system and maintain the constant fire for 30 hours.”

The terror organization further claimed that its saturated firing methods have overpowered the Iron Dome’s capability to intercept their rockets.

“The Qassam Brigades’ rate of fire in the last round of hostilities was the highest in the history of the confrontation with occupation,” a Hamas official said, noting that the group simultaneously launched 56 rockets towards Ashdod and another 60 towards Ashkelon and Be’er Sheva.

Hamas further announced it will attempt to target the Iron Dome batteries in the next round of violence.

The Gaza-based terror groups have been successful in replenishing their rocket stockpiles, which were depleted after Operation Protective Edge in the summer of 2014 and are estimated to have at least 10,000 rockets in their possession.

The terror organization launched some 3,900 rockets during Operation Protective Edge. Since Hamas launched its saturated fire strategy in March 2018 it has fired over

For just $100 per month you can bring the gospel to 10,000 homes. Join us as media missionaries! GIVE NOW
VIEW COMMENTS
« The Value Of Life Through The Eyes Of Our Father IDF Chief Warns of Looming War Threats on Multiple Fronts »