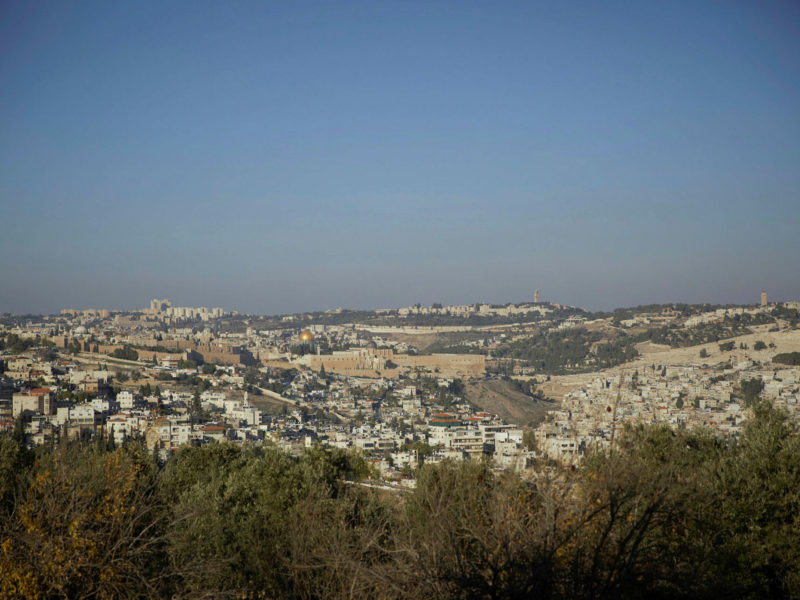 Leon stated that “almost two years ago, we celebrated the opening of the American Embassy in the city, and now it’s your turn, the Georgians, to upgrade the connection between the peoples and move the Georgian Embassy to Jerusalem.”

The US and Guatemala have moved their embassies from Tel Aviv to Jerusalem.

The Czech Republic, Hungary, Australia, Honduras and Brazil have opened trade offices in Jerusalem, and Slovakia and Ukraine have plans to open similar diplomatic offices in the city as well.

Zourabichvili is in Israel to attend the international event at Yad Vashem marking the 75th anniversary of the liberation of Auschwitz-Birkenau and to for the Fifth World Holocaust Forum.

Speaking earlier in the day, Zourabichvili stated that “the inexistence of anti-Semitism cannot be in itself a cause of pride, just as one cannot pride oneself of not being a criminal.”

The Georgian leader met in Jerusalem on Wednesday with Israel’s President Reuven Rivlin and discussed security, trade, investment, technology, culture and “how to deepen our already close and historical ties.”

For just $100 per month you can bring the gospel to 10,000 homes. Join us as media missionaries! GIVE NOW
VIEW COMMENTS
« On 75th Anniversary of Auschwitz Liberation, 50 World Leaders Pledge to Remember Holocaust, Combat Anti-Semitism God’s Word For You Today »