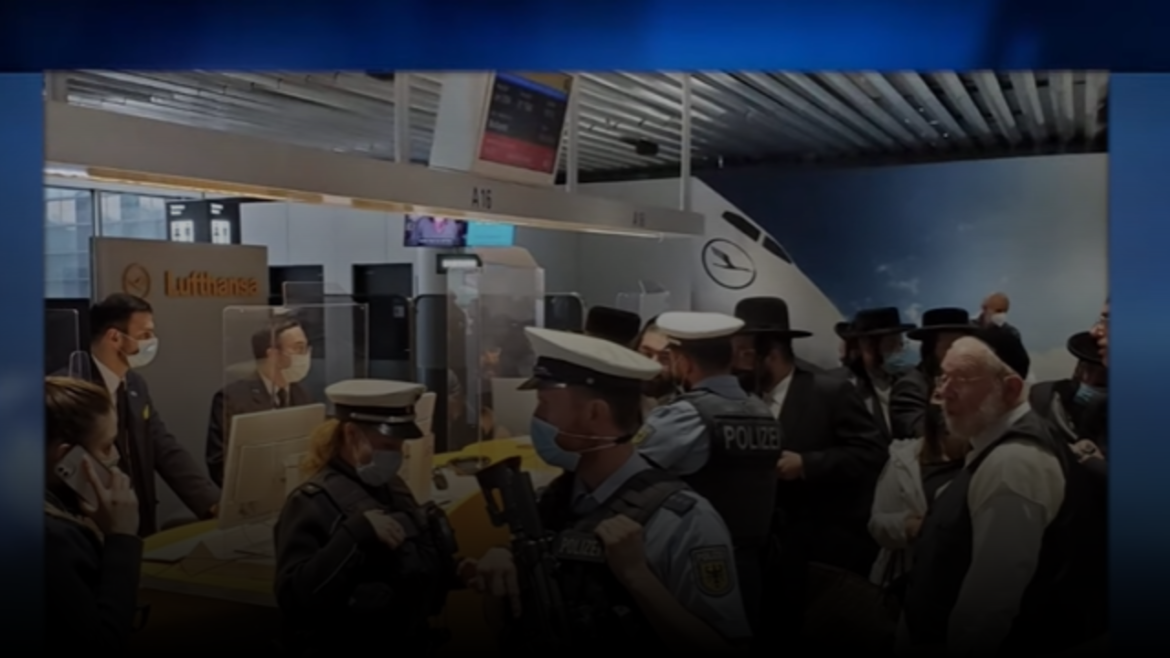 Last week, German airline Lufthansa threw all visibly Jewish passengers off one of its flights from New York to Budapest and didn’t apologize for the incident until a week later.

On May 4, there were an estimated 135 to 170 Jewish passengers on the flight from New York to Budapest, and an estimated 80 percent of them were dressed in traditional Hasidic clothing. A few of the passengers refused to comply with the German airlines’ mask mandate. Rather than simply barring those fliers, the airline expelled all passengers who were visibly Jewish once they arrived in Frankfurt for their connecting flight to Budapest.

A video surfaced on YouTube and Instagram (posted by discount travel site Dan’s Deals) of a man questioning a Lufthansa supervisor about why all Jewish passengers were kicked off. The supervisor can be heard saying that “everyone has to pay for a couple” (of people not wearing a mask) and that “it’s Jews coming from JFK. Jewish people who were the mess, who made the problems.”

All the banned passengers were also prohibited from booking another flight to Budapest for 24 hours. The group was on an annual pilgrimage to the grave of a rabbi they revere who is buried in northern Hungary. To be clear, they did not merely ban the group to which the couple of people that would not wear masks belonged. They banned all Jews that they could identify.

At first, Lufthansa was staying silent on the issue. According to a statement obtained by Dan’s Deals on Monday, the airline said there was a larger group of passengers that “refused to wear the legally mandated mask (medical mask) on board.”

“For legal reasons, we cannot disclose the number of guests involved in the incident. Lufthansa will continue to abide by all legal requirements, including the mask mandate imposed by the German government and those of the countries served. We do so without prejudice and [for] the wellbeing of all our guests.”

But then, on Tuesday, Lufthansa changed their story a bit, being a little more contrite about the incident. The carrier said that only the “non-compliant guests” should have been banned from boarding. “Lufthansa regrets the circumstances surrounding the decision to exclude passengers from flight LH 1334 on May 4. Lufthansa sincerely apologizes. What transpired is not consistent with Lufthansa’s policies or values. We have no tolerance for racism, antisemitism, and discrimination of any type,” the statement said.

However, several groups did not find Lufthansa’s apology sincere.

Yad Vashem director Dani Dayan wrote on Twitter: “You regret the ‘circumstances surrounding the decision?’ Don’t you regret the decision itself? And your staff’s behavior? And their attitude and statements? This is not an apology. We expect you to do better. Not too late.”

The Anti-Defamation League also criticized the German airlines’ statement and called on them to investigate the incident and financially compensate the affected travelers.

“This non-apology fails to admit fault or identify the banned passengers as Jews. It also refers to them as a group, even though many were strangers. They had one commonality—being visibly Jewish.”

Marlene Schönberger, a German politician, was not pleased and saw the irony in Germans persecuting Jews. She said if this story turns out to be true, consequences should follow.

“Excluding Jews from a flight because they were recognizable as Jewish is a scandal. I expect German companies in particular to be aware of anti-Semitism,” she tweeted.