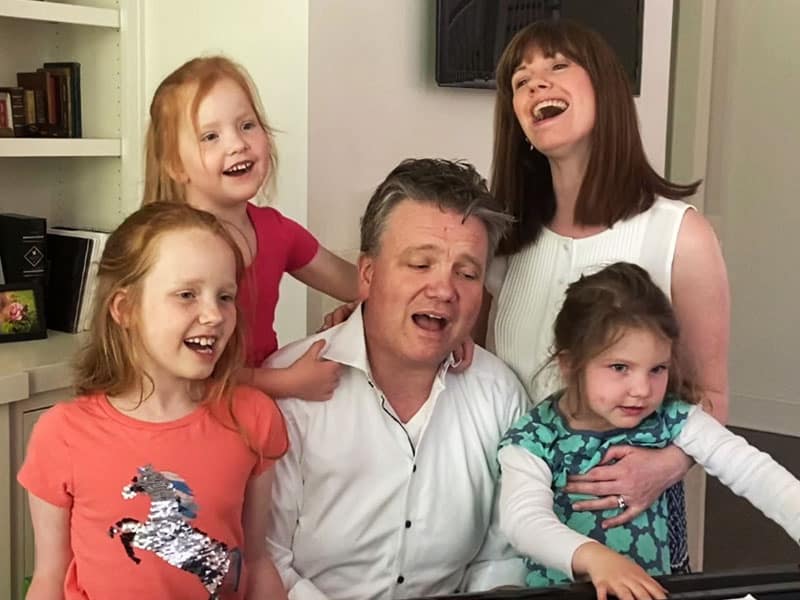 During this pandemic, with most people are at home, the Irish couple thought of doing something in order to give hope. As a result, Keith and Kristyn have been offering online family worship sessions. They sing along with their three daughters in their living room in Nashville, Tennessee. And in a recent interview with the Christian Institute, Keith revealed the inspiration behind what they’re doing.

“It was Kristyn’s idea because she’d been hearing about so many lonely old folks at home on their own, and friends of hers were talking about how bored their kids were,” he said.

The “Family Hymn Sing” happens at least once a week. And the couple never expected that thousands would tune in to their live sessions.

“By the end of the second week it was total chaos with 1.1 million people tuning in and before we knew it we were all on Fox News,” Keith said. “It’s been a huge hit in a way we never imagined.”

Hope In Jesus Amid Pandemic

Apparently, the worldwide travel restrictions and bans on large gatherings due to coronavirus affected the hymn writers’ concert tours. And now they are particularly leaning on to Jesus for hope in this uncertain time.

Keith explained, “We don’t know when lockdown will end or how it’s going to end. We don’t know if our jobs are going to be the same as they were before and we can’t be sure we won’t get COVID-19 or even a variant in a few years’ time.”

“As Christians, we believe life doesn’t stop at death and that what happens next is extraordinary,” he stressed. “If anything, this is a time for people to start having these conversations about what happens next.”

Moreover, the Gettys especially thanked hundreds of thousands on Facebook who tuned in to their live sessions.

They wrote on the page, “It was great to gather with so many families all over the world to sing the good news of the Lord Jesus. Thanks for all the comments and hymn suggestions.”

“Special thanks to Joni Eareckson Tada for taking time to talk and sing with us. The seeds of Truth were sown in Joni as a young child. Particularly through the hymns, she learned and her life has borne so much fruit. May the same be true of the children in our care today.”