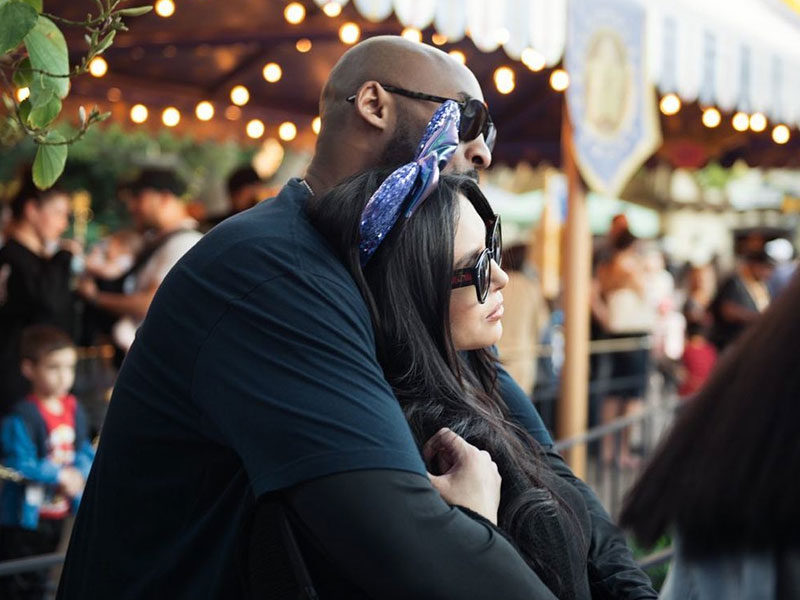 A best friend of the late Gianna Bryant, who passed away with her father Kobe Bryant last year, sent a sweet letter to Giann’as mom Vanessa Bryant, telling her that she constantly prays for her.

In a post by Kobe Bryant’s wife, she revealed a long letter sent by Aubrey Callaghan, one of Gianna’s best friends. 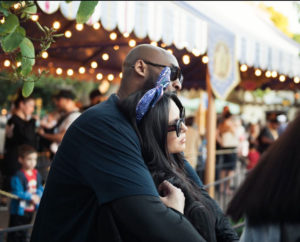 She wrote, “Today I received this sweet letter from one of Gianna’s best friends, Aubrey. I love you Aubz (as my Gigi would call you). Thank you so much for beautifully sharing some of your memories of my Gigi with me. And allowing me to share them here on my ig.”

In the letter, Aubrey said, “Dear Mrs. Bryant, I am thinking and praying for you constantly.”

Then the young lady recalled all her moments with Gianna when she was still alive. She told the mother what an amazing person her daughter was. She left a beautiful legacy that everyone will treasure in their hearts.

“I can say that she changed our lives. Her simple actions made all of us a better person. And I believe that the results of this will never stop appearing,” she remarked.

Further, Aubrey added, “I hope that in the midst of your intense sadness you catch a glimpse of joy in who the daughter you created and raised was.”

She thanked her for raising Gianna well, telling her how “blessed” she is that she got to have the time with her daughter.

“Thank you for giving me that chance. I love you and am thinking of you as we remember and honor her life,” the teen said. 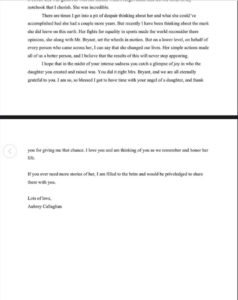 Today marks the first anniversary of the death of the late NBA star Kobe Bryant, his daughter Gianna, and seven others who passed away in a helicopter crash in Southern California. Although they’re gone, their impact on people’s lives will forever be cherished. 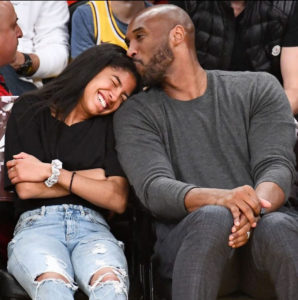 Gianna’s best friend did such a great job showing God’s care and love to the Bryants. God is good!

For just $100 per month you can bring the gospel to 10,000 homes. Join us as media missionaries! GIVE NOW
VIEW COMMENTS
« Christians Broke Out In Worship At Chick-Fil-A Nashville And Turned It Into Church Don’t Miss The Lilies »